(ORDO NEWS) — NASA’s Perseverance rover has been working at the bottom of the Lake Lake crater for more than a year, collecting samples and analyzing the terrain.

Some of the samples are placed in special sealed capsules, which will be delivered to Earth in the next decade for detailed study in modern laboratories.

However, even now, relying only on the tools of Perseverance, the researchers were able to find out some interesting details about the past of the Red Planet.

In the first series of publications, close attention is paid to the composition of the geological formation Séítah (in the Navajo language means “Among the sand”), one of the first intriguing targets of Perseverance.

The Séítah Formation is composed of igneous rocks, mostly olivine, suggesting that they were formed by the slow cooling of a thick layer of magma.

This idea is confirmed in the second series of publications devoted to the radar study of the planet at a depth of up to 15 meters.

Scanning revealed the presence of a layered structure hiding under the crater floor, which is consistent with the idea of ​​gradual cooling of magma layers with the participation of water.

Perseverance and understanding of Mars’ past

In the distant past , the Lake crater was a lake with a stormy river flowing into it. Perseverance is currently exploring the delta and collecting samples that, when brought back to Earth, will help determine what historical period the lake existed and what it looked like. 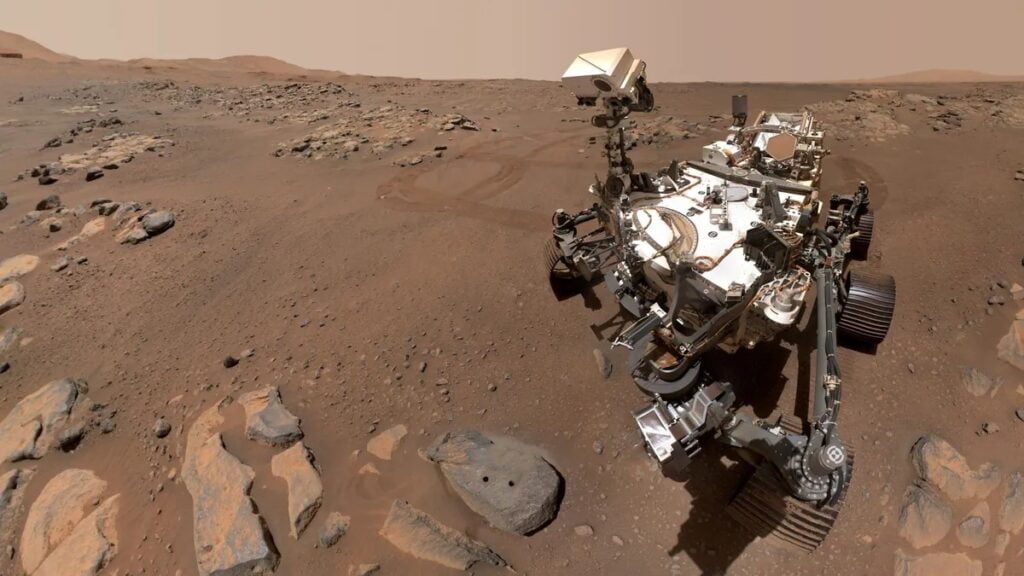 “We have evidence of water alteration of igneous rocks,” said David Schuster , professor of Earth and planetary physics at the University of California at Berkeley and co-author of the study.

“This greatly expands our understanding of the environmental conditions that could potentially support life at some point after these rocks were formed.”

The samples in question, which provided strong evidence for a “water past” of Mars, were first taken only from the Séítah Formation, and then supplemented with samples from the nearby Máaz Formation (Navajo for “Mars”). The rocks formed below the surface and slowly cooled, and are most likely the result of two different eruptions, as confirmed by many of the samples that Perseverance has collected.

“One of the main values ​​of the igneous rocks we have collected is that they will tell us about when there was a lake in Lake,” added Kenneth Farley, a geochemist at the California Institute of Technology and co-author of the study.

We know that it was there quite recently [relatively, of course], when volcanic rocks formed at the bottom of the crater.

This will answer some important questions: When did Mars’ climate create rivers and lakes on the planet’s surface?

And when did it change to the very cold and dry conditions we see today?” 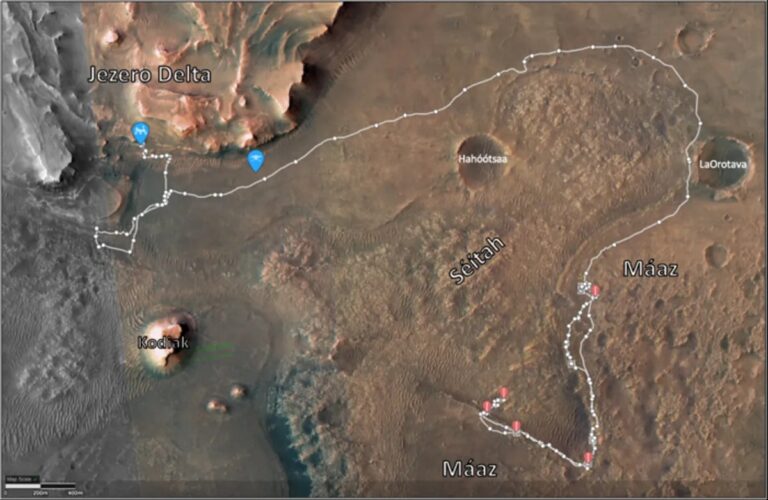 Learning what happened in this ancient lake is a top priority for Perseverance. This affects not only the understanding of the history of Mars and the early solar system as a whole, but also whether the Red Planet could have been habitable. Did Mars have the right ingredients for life? Did the lake have the right properties to transform these ingredients into the simplest life? We have yet to find answers to these – and many other – exciting questions.

“The goal of exploring the Lake Delta and Crater is to find rocks in these once potentially habitable environments that may contain evidence of ancient life,” said Amy Williams , a planetary scientist at the University of Florida and co-author of the study.