(ORDO NEWS) — Bernard of Clairvaux – French medieval theologian, mystic, public figure, Cistercian monk, abbot of the Clairvaux monastery. Revered by the Catholic Church as a saint and Doctor of the Church.

Only three drops of breast milk fell on Bernard’s lips, it also got into his eyes and cured the infection, giving him the gift of “seeing”. After the Milk of Mary touched his lips, he received the gift of wisdom and healing of the afflicted.

You may have already come across this image and thought: “What the hell?”. 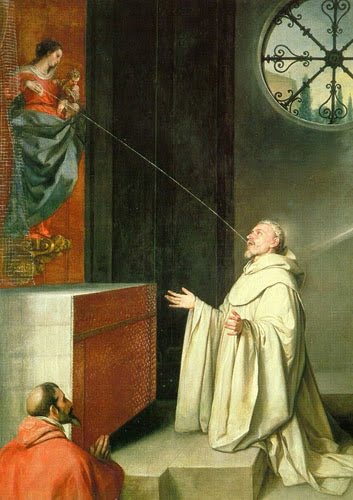 Known as “St. Bernard’s Lactation”, it usually shows Our Lady holding the baby Jesus with one hand, exposing one breast with the other hand, and spraying St. Bernard’s breast milk from Clairvaux into his mouth. 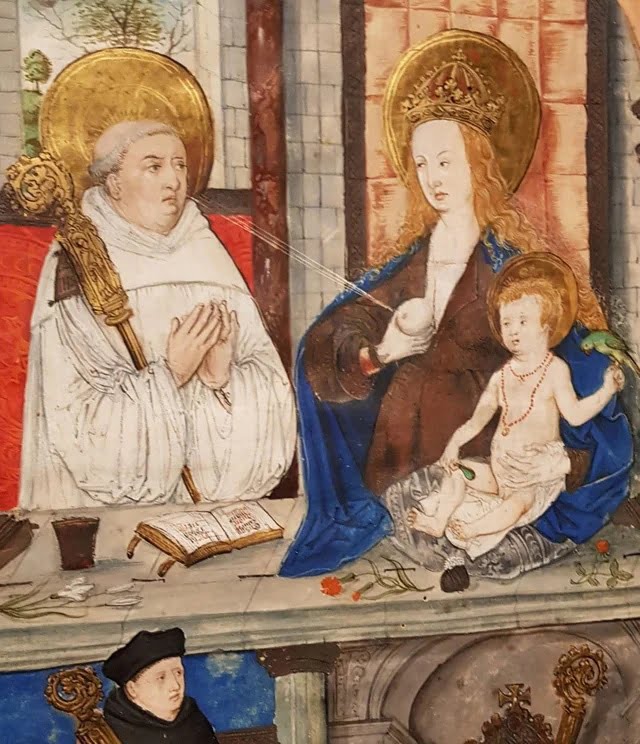 Here is the story behind this extraordinary image.

Born in the late 11th century, Saint Bernard of Clairvaux was a key reformer of the Cistercian order in the 12th century. In addition to his holiness, he was a talented preacher and a brilliant theologian.

He was canonized just 21 years after his death, and in 1830 became the 16th person ever officially awarded the prestigious title of Doctor of the Church. But where did he draw his great wisdom from? This is where the strange story about Mary comes up. 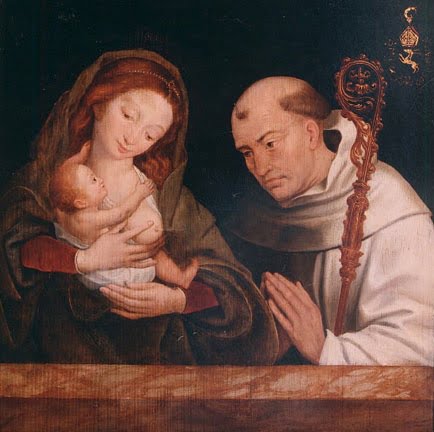 The story goes that Saint Bernard was on his knees and praying, when suddenly the Blessed Virgin Mary appeared before him, holding the baby Jesus in her arms. Maria squeezed one of her breasts, splashing her breast milk over him.

According to one version, the milk got into his mouth and symbolized both that she would be a special mother for him, and that she would supernaturally grant him wisdom. According to another version, the milk got into his eyes and healed him of the infection. But even this second story can be interpreted as having the same meaning as the first: the infection could symbolize sin or ignorance, and its cure could symbolize that it gave him the illumination of wisdom. 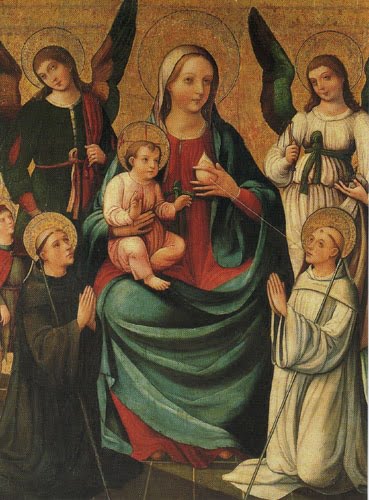 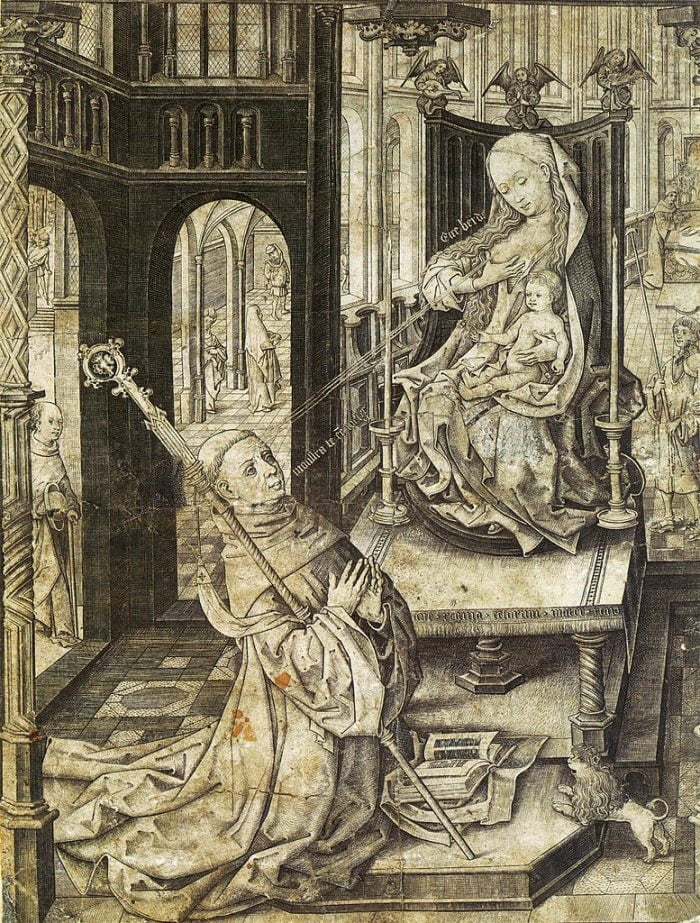 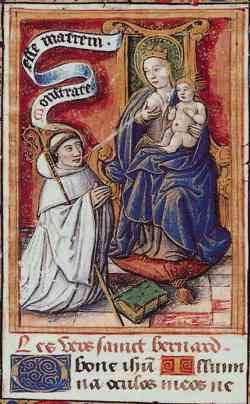 Thus, this explains how he achieved such incredible learning and wisdom. 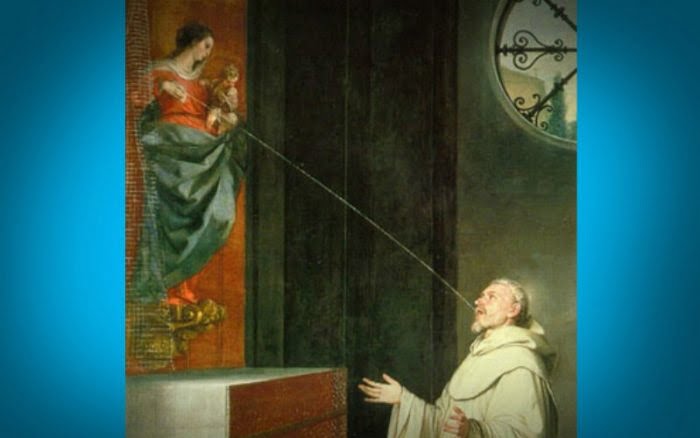 Do you still feel bad that the Mother of God bared her breasts and gave him breast milk? Instead of brushing it off, let this story challenge you.

Our current culture has a not-so-healthy attitude towards the human body and sexuality. This story was generally accepted and carried on through the centuries in the Catholic tradition.

If this story doesn’t make sense to us today, perhaps we should consider that something is missing in our views of these things.