(ORDO NEWS) — Two yachtsmen from the Ocean Research Project have discovered an abandoned yacht in the Atlantic Ocean.

They noticed that her sail was down, the engine was not working, and no one was visible on board.

The sailors, concerned that there might be casualties on the ship, decided to board it and check it out. One of the crew videotaped his passage through the yacht: “I don’t know what’s inside.

Now I’ll go look and hopefully I won’t find dead bodies or anything like that.” As a result, there was no one on the yacht, which was 800 miles from Bermuda and 1,500 miles from the United States.

The sailors decided to tow the yacht to the shore. Later, they began to run out of fuel and asked a passing freighter to stop and refuel them.

They continued to pull the sailboat, but they eventually had to cut the towline after it caught on the helm of their boat and almost broke it.

It was possible to establish that a sailboat called Woolfhound belongs to the Irish Yacht Club.

The yacht had been badly damaged in a storm two months earlier and the crew had to abandon her. They were later rescued by a Greek cargo ship 64 miles off Bermuda. 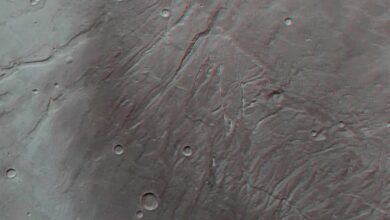 Astronomers get detailed image of ancient rivers on Mars