US, WASHINGTON (ORDO NEWS) — In a global court of law, democracies are initially disadvantaged. Since they have an open society, an independent judiciary, and a free press, their many shortcomings, failures, and manifestations of injustice are being scrutinized. The brutality of police in Minneapolis caused unrest throughout the country and brought to the fore the racial contradictions that make up the historical injustice of American society. Autocratic states quickly took advantage of these events to their own advantage.

China, Russia and Iran have already been aggressively spreading misinformation about the coronavirus and the alleged US guilt in the global pandemic. Among China’s baseless allegations was the claim that coronavirus was an American biological weapon. Now, these states have begun to condemn the United States for racial relations and civil unrest. Western democracies need to understand what the stakes are in this propaganda campaign, and be prepared to fight back with diplomatic and soft power methods, providing the global audience with reliable and reliable information.

This in no way detracts from the terrible death of George Floyd at the hands of the police last week and can not serve as an excuse for the inflammatory remarks of President Trump on this issue. Such a propaganda campaign is in any case disgusting. The states conducting it brutally persecute ethnic and religious minorities, suppress internal opposition and pursue an expansionist foreign policy. The harsh restrictions that they impose on information about their own society are in sharp contrast with the detailed coverage of the unrest in the United States and with the extravagant conspiracy theories that they put forward and strongly encourage.

For example, Chinese state-owned media very poorly cover the mass demonstrations in Hong Kong against the adoption of draconian national security laws. At the same time, they constantly show scenes of unrest in the United States and at the same time, for some strange reason, they blame the agitators from Hong Kong for allegedly penetrating the ranks of the protesters. For decades, American society has been painfully exploring the “original sin” of the republic, which is slavery, segregation, and racism. At the same time, such self-digging is completely absent from the Chinese campaign of repression against the Uyghurs. 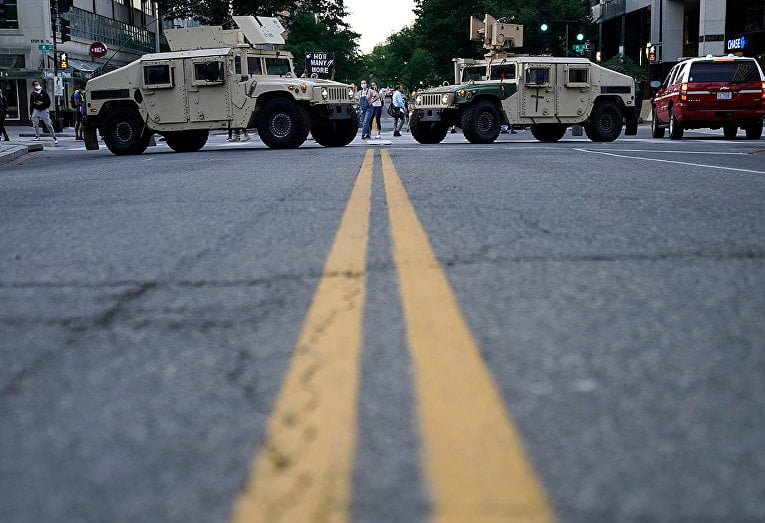 In recent days, Iran’s state propaganda apparatus has constantly voiced declarations of solidarity with the “American people” and calls on Washington to “stop the violence” against it. Such hypocrisy goes beyond all bounds. In November, mass demonstrations began in Iran due to rising fuel prices, but they were brutally suppressed, with hundreds killed.

The Russian Ministry of Foreign Affairs is protesting against police actions in Minneapolis, but does not even think about the ongoing campaign of contract killings that the Putin regime is conducting. The Kremlin destroys critics both inside and outside the country, including by assaulting and actually killing dissidents in Britain using radioactive materials and nerve agents .

Western countries have been in this position in the past. In the 1950s, American society tarnished itself with the insane paranoia of McCarthyism, poisoning the lives of many innocent American patriots and creating a generous breeding ground for Soviet propaganda. But today we know that Soviet agents were actually infiltrating the public life of the West, and that communist societies were a model of repression and failure. Democracies must remain vigilant in fighting their own shortcomings. At the same time, they must maintain self-confidence and not put up with tyranny.

US ready to tighten control over Chinese media on its territory

US ready to tighten control over Chinese media on its territory