The Akhtala fortress was built on an elevated rock ledge, surrounded on three sides by deep gorges that form a natural defense.

One of the cliffs surrounding Akhtala is known as Lenktemur, named after Tamerlane, who, according to local tradition, buried one of his wives under this cliff. 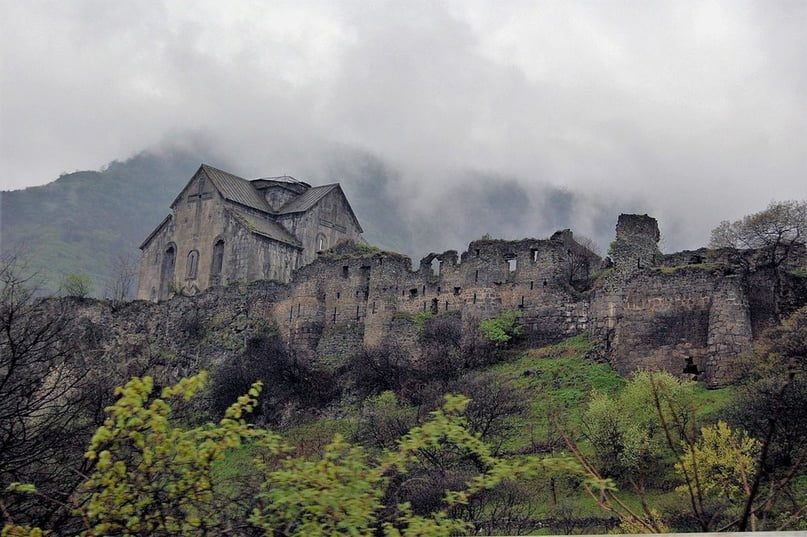 From the end of the 18th century, ethnic Greeks served in the monastery, who settled in Akhtala to work in the gold, silver and copper mines. Currently, the monastery has days of pilgrimage on September 20-21. These days the monastery is visited by Armenians, Greeks and Georgians. 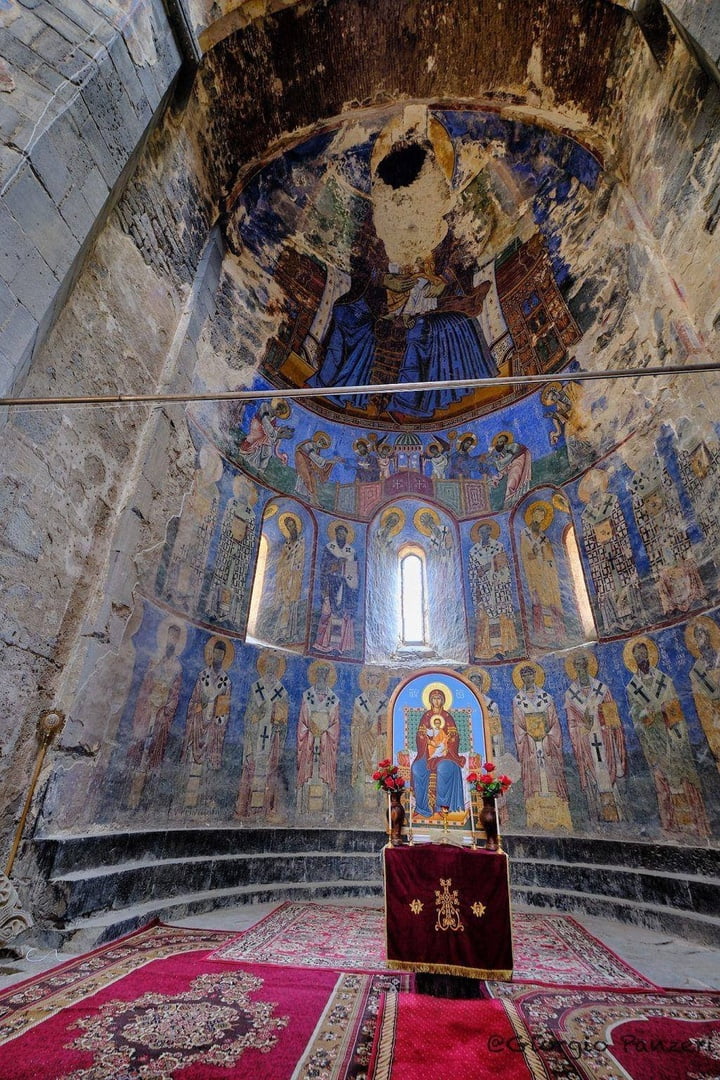 The main building of the monastery complex is the Church of Surb Astvatsatsin (Holy Mother of God), which is famous for its highly artistic frescoes covering the internal walls, partitions and supports of the building.

The frescoes are one of the finest representations of Byzantine art outside the traditional borders of Byzantium.

Most of the frescoes depict scriptures in Georgian and Greek. The frescoes were painted under the auspices of Ivane Mkhargrdzeli between 1205 and 1216. 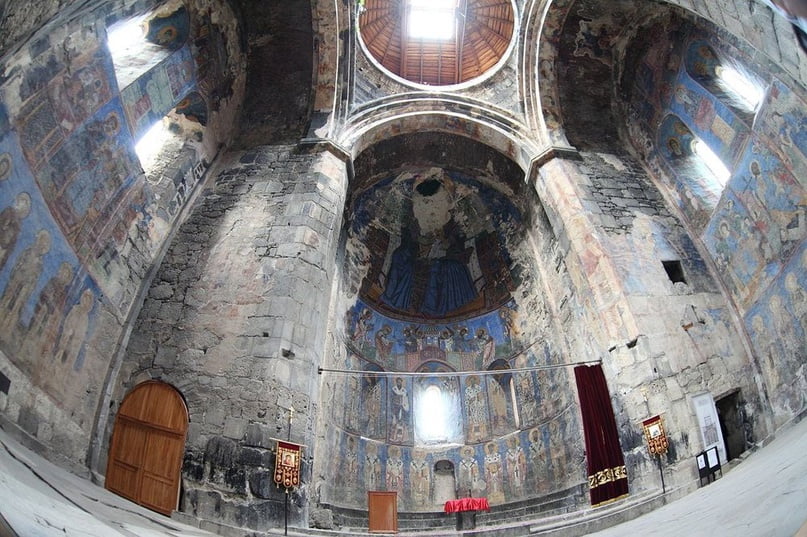 The church used to keep a cross, which, according to popular tradition, was used by John the Baptist for the baptism of Jesus Christ.

It is believed that Vasak, the father of the Armenian prince Prosh, presented this relic to Ivan Mkhargrdzeli, who later sold it for a large sum to the Noravank monastery in Syunik. 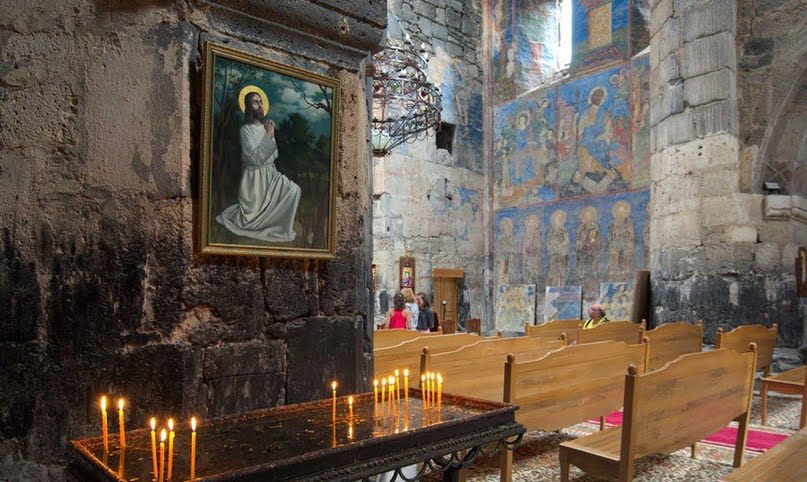 The outstanding Armenian film director of the 20th century, Sergei Parajanov, filmed two episodes of his film “The Color of Pomegranate” in the Akhtala Monastery.