(ORDO NEWS) — The ancient Romans were known for their cruel forms of entertainment – public executions, animal hunting, chariot racing and gladiatorial games. However, the spectacle was not limited to the shedding of the blood of gladiators – they also drank it!

Records show that during the period from the 1st to the 6th century, theologians and physicians believed that the use of the blood or liver of gladiators could cure epilepsy.

Usually a gladiator is an armed fighter who was taken to the arena to fight other gladiators, or wild animals, or captured criminals or prisoners of war.

The end of the game was simple – armed with conventional weapons, they fought to the last man. Gladiators often displayed Roman military discipline and fighting strategies, and often the survivors and victors were venerated in some form, sometimes depicted in popular art and culture. 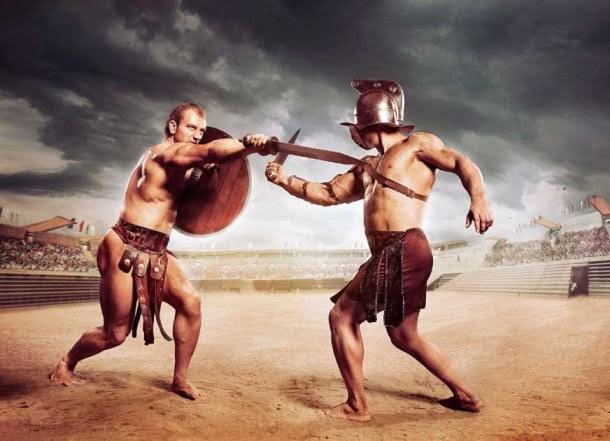 Epilepsy is a disorder of the nerve cells in the brain in which the body experiences seizures because activity in the brain becomes “abnormal”. Some scholars point out that the origins of the unusual method of drinking the blood of gladiators to treat epileptics originate in Etruscan funeral rites.

The Etruscans are an ancient people whose influence extended between the rivers Tiber and Arno, south of the Apennines, who reached their peak in the 6th century BC. Many features of Etruscan culture were adopted by the Romans, their successors on the peninsula.

While the Etruscans were obsessed with their burial practice as they were a very religious people, the Romans secularized the practice and continued to drink the blood of gladiators for centuries.

In fact, some 19th and 20th century sources document this practice right up to the present day! This is even included in Englishman Edward Brown’s 1668 observation that people attended executions to collect the victims’ blood. 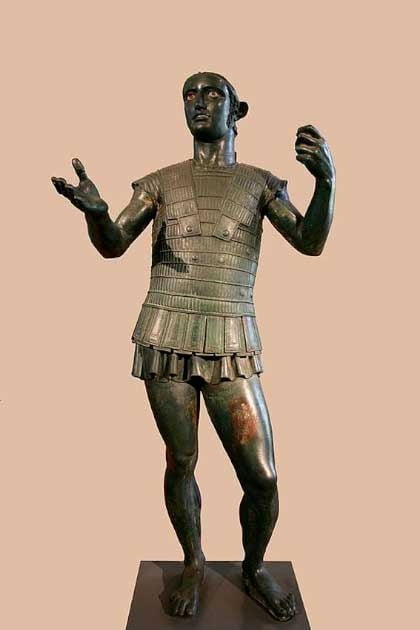 This blood allegedly “purified the soul”, but over time it began to be used specifically as a cure for diseases, in particular for epilepsy.

Although people throughout history have viewed human blood as a cure for disease, the first mention of it as a form of treatment comes from a Roman encyclopedist. Aulus Cornelius Celsus wrote a voluminous work “De medicina” (“On Medicine”) in 40 AD. Here he writes: “Some got rid of such a disease (ie epilepsy) by drinking hot blood from the cut throat of a gladiator.”

“As for what the doctor really cares about, the last resorts are: to bleed a little from both legs near the ankle, cut the back of the head and apply cups, cauterize in two places with a cauterizer, on the back of the head and just below the place where the highest vertebra is connected to the head so that the deadly humor can escape through burns. If the disease has not been stopped by the above measures, then it is likely to remain for life, “he continues.

Just 10 years later, in AD 50, the Roman pharmacologist Scribonius Largus reported a similar treatment in his collection of recipes called Compositiones. The Scribonian chapter includes two new elements that give this treatment a form of medical management.

First, he said that three spoonfuls of gladiator’s blood for thirty days, taken 9 times, turns a magical origin into something similar to a scientific one. He also added that the liver of the gladiator is also useful. 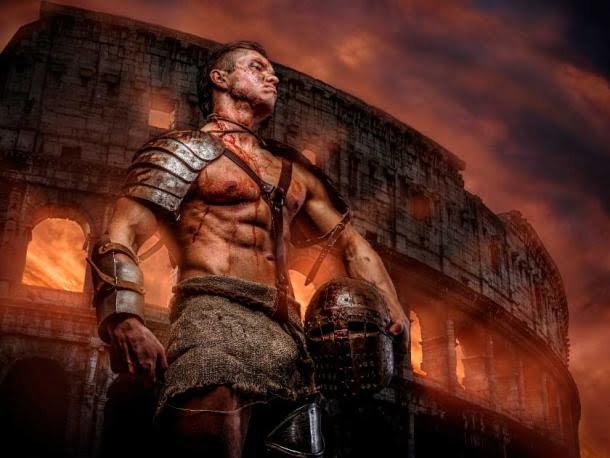 Pliny the Elder continues this theme by saying that the swordsman’s blood is a magical cure for epilepsy, part of a large series of shocking remedies.

Although it is historically difficult to make a connection between one text and another, it seems that Celsus’ text served as an inspiration for Scribonius, Pliny, and other subsequent writers.

In particular, the famous physician of the first century AD Aretaeus of Cappadocia, in his work “Treatment of Chronic Diseases”, speaks of the warm blood of a recently killed person as a medicine. One of the last ancient authors to comment on the swordsman’s blood as a cure is the Byzantine physician Alexander of Thrall, in 535 AD.

In the first of his 12 “Medical Books” he writes: “Take a bloody rag from a slain swordsman or executed, burn it, mix the ashes with wine, and with seven doses you will rid the patient of epilepsy. Often used with excellent results.”

Ferdinand Peter Moog and Axel Karenberg of the Institute for the History of Medicine and Medical Ethics of the University of Cologne, Cologne, Germany, identified a total of 8 sources dating from the 1st to 6th centuries.

To date, they are the authors of the most complete treatise and study on the blood of gladiators as a remedy for epilepsy.

Among the Etruscans, where this practice originated, it was believed that the fallen gladiators were offerings to the gods and escorting the dead to another world.

For this, duels were arranged between swordsmen for the dead. Similar practices were found in ancient China, India, Mesopotamia and Thrace. Several ancient civilizations used the blood of the victim as a sacred, healing and pain-relieving substance.

The liver also played a central role in Etruscan sacrificial rituals and medical diagnoses, which was apparently referred to and borrowed from Roman authors in their writings.

Such a disease as epilepsy is terrible, with its apparent incurability, and the illusion of the effectiveness of the blood of gladiators has supported its relevance for centuries!

Although many writers and physicians have written and documented the practice, very few have expressed the horror they must have felt at such a cruel treatment for such a cruel disease.

“Epileptics drink the blood of gladiators, as if it contained a life force,” wrote Pliny the Elder.