Archaeological remains of the material culture were discovered during the construction of the foundation of the building between 2017 and 2019.

A rescue excavation initiated by the Kocaeli Museums Authority unearthed 37 graves. During the study of the graves, a sarcophagus with a Latin inscription “Patron of the Emperor” was discovered, which had never been seen before in Anatolia.

In the course of scientific research carried out jointly with Associate Professor Hussein Sami Ozturk from the University of Marmara, it was found that one of the sarcophagi with an inscription in Latin belonged to Tziampo, the bodyguard of Emperor Diocletian.

On the sarcophagus, which is important for Nicomedia and Roman history, it is written: “I lived 50 years. I do not allow anyone to be buried in this tomb except my son Severus or my wife.

I served in the army for 9 years as a cavalry, 11 years as an orderly and 10 years protector. If anyone dares to bury another in this tomb, he will pay 20 follis to Fiscus and 10 to the city treasury,” the letter says.

Serkan Geduk, Director of the Kocaeli Museum, provided UAV with information about the item and said:

“The sarcophagus is of great importance not only because of the information contained in the inscription, but also because of two skeletons and small finds found on the spot.

Because the inscriptions on the patronage of the Roman emperors, known until now, have been preserved without any other material remains.

For the first time the inscription of the imperial bodyguard; it was preserved as a whole with two skeletons in a sarcophagus and grave gifts.

In this sense, the Tziampo sarcophagus is the first in the world in this area. We are very fortunate that this sarcophagus and the territory of the necropolis around it have survived to this day,” he said.

“Tziampo is the only documented protector of the emperor.”

Noting that Tziampo, who was also called the “adjutant” of Emperor Diocletian, was of Romanian origin, Geduk said: “Tziampo began his military career as a cavalryman and after 9 years of service he received the rank of” orderly “, that is,” captain “.

After 11 years of captaincy career, we see that Tziampo received the title of “Protector”. Protector is a very important title given to an elite class soldier in the late Roman army. It was created under Emperor Gallienus, and its full name is “Protector of the Emperor”.

“The number of soldiers known at the moment and performing this task is 7. These are representatives of modern Italy, Croatia, Serbia, Algeria and Arabia.

With Tziampo, this number reached 8, and for the first time in Anatolia a soldier was documented bearing the title of protector of the emperor.

Moreover, Tziampo is the only defender of the emperor today who can be documented not only by inscriptions, but also by a skeleton and funerary gifts,” he said. 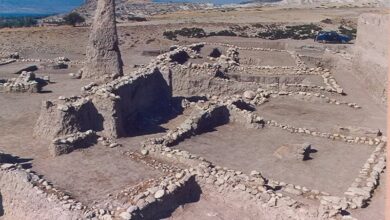 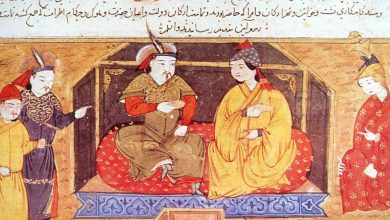