(ORDO NEWS) — Ajanta caves in India were abandoned and found 1500 years later by British Army Captain John Smith in 1819, who went to India hoping to hunt tigers, but saw a pillar carved into the rocks and began to explore further.

Ajanta Caves: In the hills of Northwest India, sixty-six miles from Aurangabad and thirty-seven miles from Jalgaon, lies a cave in the small medieval village of Ajanta.

The caves are not visible unless you go down to the bend of the Tigris River. Built and carved sometime between the second century BC and the sixth century AD, the caves were turned into Buddhist temples. 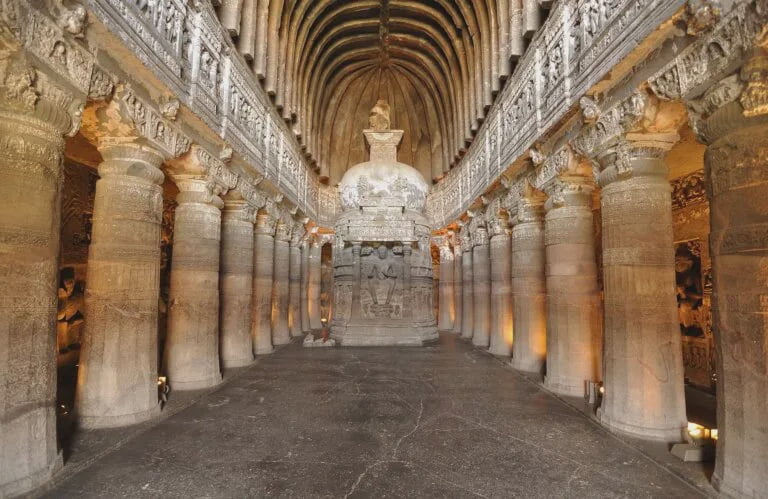 In total, there are thirty caves, which were called chaityas (chapels) or viharas (monasteries). The paintings of some caves still retain bright colors. Exquisite sculptures adorn the outer walls depicting the life and experiences of the Buddha. Ajanta Caves – Wonder of the World

In 1983, the Ajanta Caves were declared a UNESCO World Heritage Site in order to preserve the artworks and sculptures that are considered a wonder of the world.

Since their discovery, each cave has been numbered according to their location rather than in chronological order based on the life of the Buddha, and no two caves are alike. Many of them have paintings on the walls and ceilings. 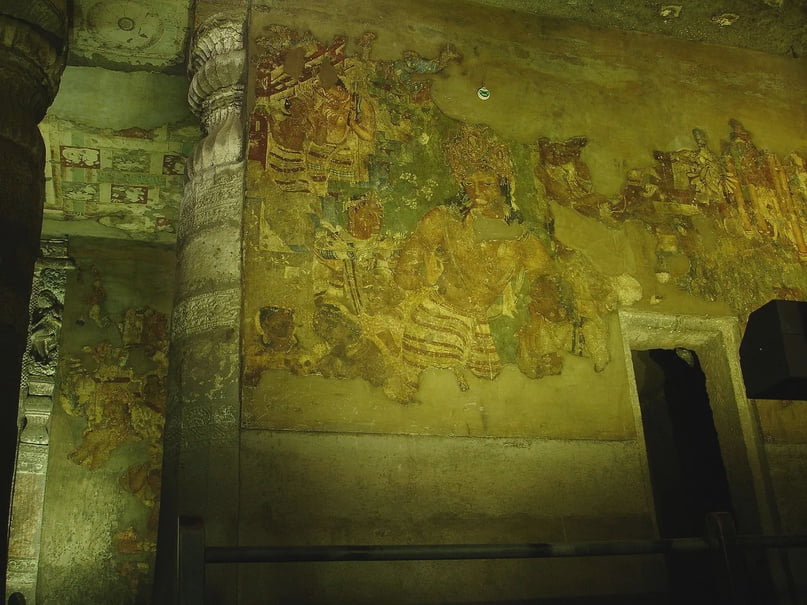 The first cave has a main hall with passages on either side leading to fourteen small rooms for the monks. There are twenty painted and carved columns with reliefs from the Jataka stories of the life of the Buddha.

Unfortunately, only nine images have survived in the first cave. According to khanacademy.org, the best-preserved bodhisattva is Padmapani, who holds a lotus flower, symbolizing spiritual awakening.

whc.unesco.org says that the caves were created in two stages. The first – six caves from the second to the first century BC during the reign of the Satavahana dynasty. Work was suspended and started again during the Wakataka dynasty from the fifth to the sixth century AD. What Gill and the other visitors saw as they climbed the ropes and ladders to get into the caves – the original stone stairs are long gone – was a very high standard of architecture, sculptures and paintings that were breathtaking. Credit: Dharma – CC BY 2.0.

The original caves have been reused and several new caves have been added. The first phase placed more emphasis on sculpture and simple wall paintings, while the second phase created colorful tempera frescoes and carvings on virtually every surface. 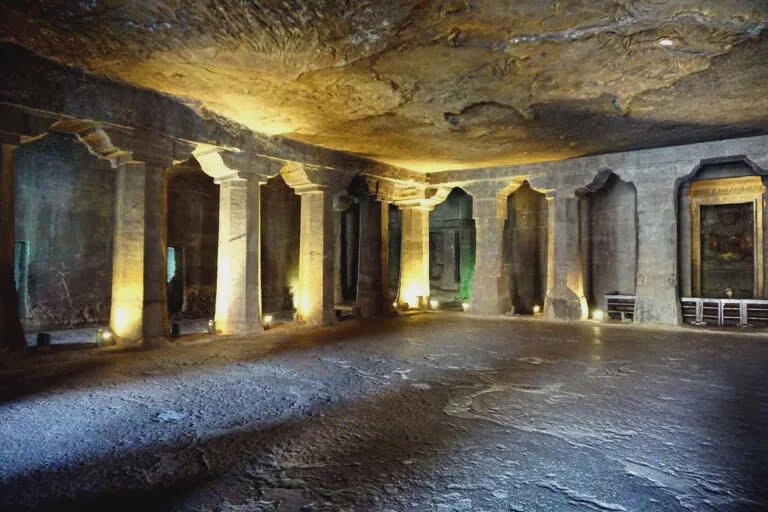 Several caves remain unfinished to this day and give researchers the opportunity to learn how the excavations were carried out. According to UNESCO, “Ajanta caves are an example of one of the greatest achievements in ancient Buddhist rock architecture.

The Ajanta Caves are dug into the vertical rock above the left bank of the Waghora River in the Ajanta Hills. There are thirty in total, including incomplete ones, of which five (caves 9, 10, 19, 26 and 29) are chaityagrihas (sanctuaries) and the rest are sangharams or viharas (monasteries).

The caves are connected to the river by stairs carved into the rock. The excavations were carried out in two distinct phases separated by an interval of approximately four centuries.

The first phase coincides with the reign of the Satavahana dynasty from about the 2nd century BC. to the 1st century BC, while the second phase corresponds to the Basim branch of the Vakataka dynasty with their feudal lords Asmaka and Rishika in the 5th-6th centuries AD.

The artistic traditions of Ajanta represent an important and rare example of the art, architecture, painting, and socio-cultural, religious and political history of contemporary society in India.” The caves were discovered by British Army Captain John Smith in 1819, who went to India hoping to hunt tigers. Standing on a cliff, Smith saw a pillar carved into the rocks. Encouraged by the prospect of finding something new, Smith hired several villagers to help clear a trail along the river. 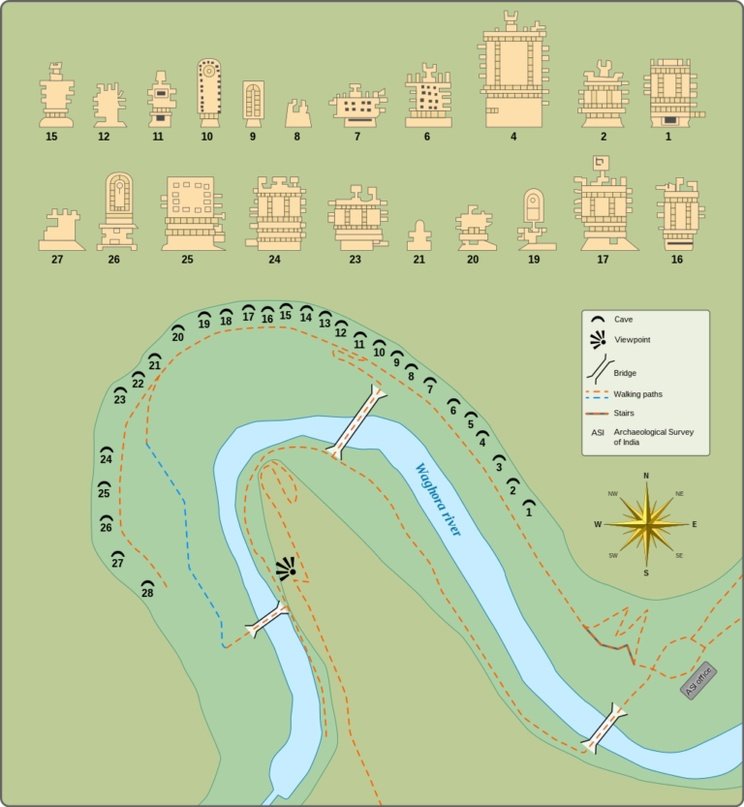 When they finally got to the caves, Smith was amazed at what he found. The first thing he saw was a large, magnificent statue of the Buddha, who greeted him with serenity. Behind the Buddha were some of the finest examples of Indian art he had ever seen. Once he made his discovery public, art experts couldn’t get to him fast enough. The Scottish officer and writer published an article on the rock art in the Transactions of the Royal Asiatic Society of Great Britain and Ireland in 1829, according to livehistoryindia.com.

James Prinsep wrote an article based on Mr. Ralph’s notes that appeared in the Journal of the Asiatic Society of Bengal.

In his article, he details how many people came and mutilated the artwork, breaking off small pieces and selling them.