(ORDO NEWS) — The Vietnam War forever changed those who lived through it. American soldiers, trained in conventional warfare, were defeated by an unknown, powerful and terrifying enemy.

Then, as now, the jungles of Vietnam were thick and mysterious, and many soldiers returned shocked, saying that it wasn’t just enemy Viet Cong attacking them there.

Some soldiers reported that they were attacked by something else – humanoid creatures called “rock monkeys”, which frightened the battle-hardened soldiers. Some even claim that the rock monkeys in Vietnam changed the course of the war.

Many believe in the existence of unknown large land animals that have yet to be discovered. They are usually referred to as “cryptids”.

Could the jungles of Vietnam be inhabited by rock monkeys hostile to soldiers? It is not uncommon for soldiers to report seeing something strange after returning from war, and there have been many reports of wartime sightings throughout history.

For example, even before the start of the war, there were stories about “people of the jungle” about 2 meters tall with an ape-like appearance.

Eyewitnesses said that these people of the jungle had a strong physique and a muscular figure. The bellies were bulging, and the bodies were covered with hair.

There was no hair on the feet, hands, knees, and face, giving them an ape-like appearance. According to reports, they lived in remote regions. They were not bothered by the people living around them and generally preferred to live very apart. 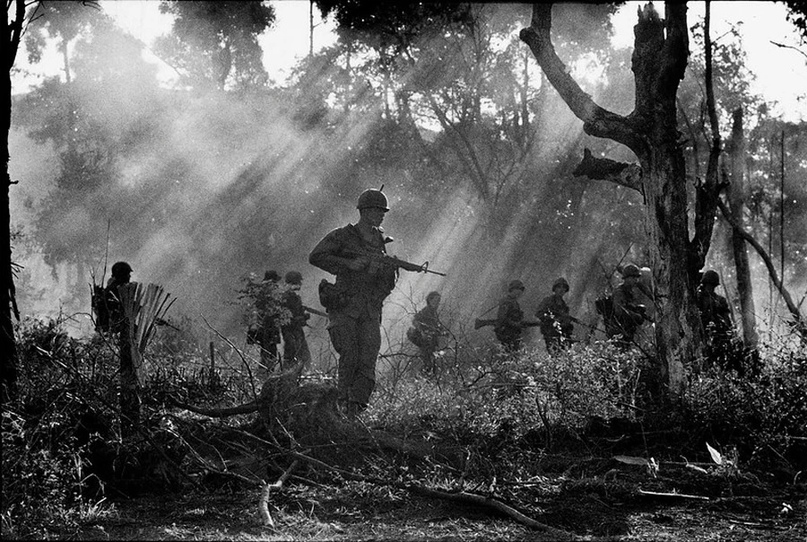 However, after the American soldiers entered the jungle, they apparently felt that their territory was under threat. In response, they became aggressive and bold. They did not hesitate to attack any intruder, even those who accidentally stumbled upon them.

These rock monkeys were active mostly at dusk or at night and were often reported to move in groups. They were well known to American soldiers, who mistook them for another jungle-dwelling species, and saw them so often that they were nicknamed “roly-bearers.”

Initially, descriptions of these creatures were dismissed as misidentified orangutans. But there are no known orangutans in Vietnam, as they became extinct about a thousand years ago.

Moreover, the behavior that the American soldiers explained was not like that of any known orangutan. Orangutans may be social animals, but for most of their lives they prefer to live alone, while rock monkeys were constantly found in groups.

Another candidate is the cheeky gibbon that lives in Vietnam. Gibbons also live in large social groups and spend most of their time in trees.

Gibbons are less muscularly built than these rock monkeys and are smaller in size than the descriptions of the jungle people.

Viet Cong and North Vietnamese troops also reported seeing these rock monkeys, and in 1974, under the command of General Hoang Ming Tha, an expedition was even carried out to search for them. The purpose of this expedition was to capture or kill at least one of these creatures.

But the expedition failed, and no conclusive evidence was found for the existence of rock monkeys in the jungle. Professor Vo Kui, a respected zoologist at the Vietnam National University, organized another expedition, and again it was unsuccessful. 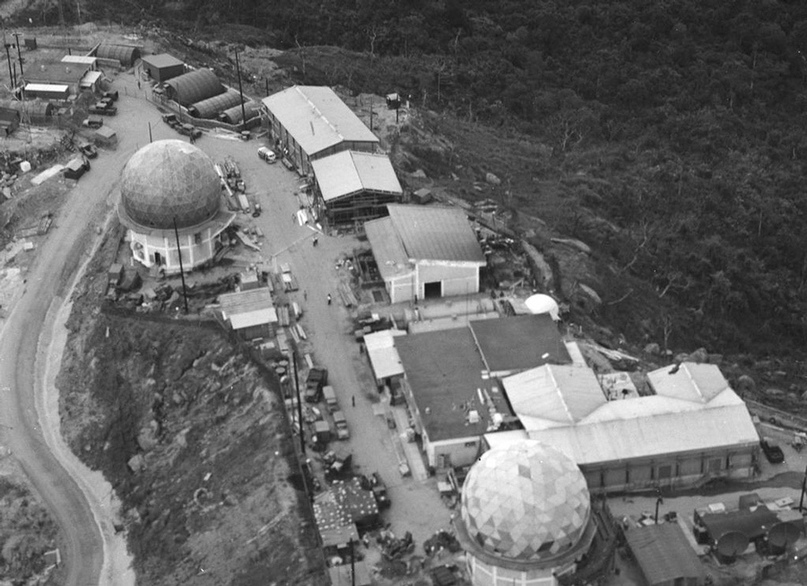 But, according to reports, in 1970, strange humanoid footprints were seen in the jungle. Professor Tran Hong Viet of the Hanoi Normal University recorded this observation.

He carried out the procedure for casting these traces, and then carried out tests on them. But even this discovery eventually stalled and did not lead to further evidence of the existence of stone monkeys in the jungle.

What attacked the soldiers in the jungle?

One thing that really struck me about the rock monkeys and their sightings is that they are not afraid of humans at all. American troops reported this and said that their existence scared the armed soldiers.

The lack of fear of humans in rock monkeys is understandable, since their habitat makes contact with humans extremely limited. Before the jungles of Vietnam were filled with soldiers, they would have lived quietly away from people.

When the soldiers patrolled the jungle at night, the jungle was often so thick that they ran into monkeys several yards away. According to the soldiers, the sight is quite frightening, since they could easily be mistaken for an enemy patrol.

And yet it is surprising that, having stumbled upon the great apes in the darkness of a hostile jungle in the midst of a desperate war, no evidence has survived to confirm these stories.

Faced with a lack of hard evidence, skeptics have said that the rock monkeys are just a fabrication. According to this theory, the rock monkeys are nothing more than the unhinged imagination of soldiers and young men who find themselves in an unfamiliar and hostile environment.

Indeed, it is possible that these people, being in a state of deep stress, saw something that was not really there. But the descriptions again refute this conclusion, since the meetings often took place at close range, where errors in identification were unlikely.

It is more plausible to say that these people saw something in the jungle that they had never seen before. If there was anything else in the jungle, then the Vietnam War is the most likely moment to encounter it. After the end of the war, these monkeys apparently went into isolation again, and the number of sightings decreased.

Therefore, the question remains open. The tall, upright, broad-faced, hairy-bodied monkeys were seen throughout the Vietnam War. Perhaps an unknown species really lives there, in the depths of the forests, and is waiting to be discovered.