(ORDO NEWS) — When exploring with the help of robots the bottom in the center of the Pacific Ocean, scientists were able to raise to the surface and describe representatives of up to 39 previously unknown species of large animals.

The bottom of the World Ocean is still poorly studied, this also applies to its living inhabitants. In addition to scientific value, the description of the abyssal fauna (that is, bottom sections at a depth of more than three kilometers) sometimes has environmental significance.

This is exactly what happened in the case of the study, the results of which are published by an international team of scientists in the journal ZooKeys .

The region of study was the Clarion-Clipperton fault zone , located in the middle of the Pacific Ocean. Despite the depth of more than three kilometers, mining is expected there, including the so-called nodules (small rounded formations), which are polymetallic ores. Nickel, copper, cobalt and other metals can be obtained from them.

In this regard, an environmental assessment was required – an assessment of local biodiversity – which should be taken into account during drilling operations. Despite the great interest of zoologists in the Clarion-Clipperton zone, the local wildlife is still largely unexplored.

This was once again proved by the “catch” of underwater controlled robots: among the 55 samples raised with their help, up to 39 may belong to previously undescribed species – the exact number remains to be seen.

To do this, biologists use genetic analysis, including the method of DNA barcoding – the study of small sections of the genome, by which even closely related species can be distinguished.

All animals discovered and brought to the surface for DNA analysis lived at a depth of more than three kilometers, among them 36 – deeper than 4800 meters. This is the so-called benthic megafauna – benthic animals of relatively large sizes (more than two centimeters).

Among them are annelids, sessile crustaceans, cnidarians , various echinoderms , including brittle stars and crinoids, sponges , and many others. The article contains a whole colorful gallery of their photos.

“This study is important not only because we have discovered many putative new species, but also because in the past, megafauna specimens were studied exclusively from photographs.

However, without DNA and the information contained in it, we simply cannot accurately identify animals and really calculate how many species we have in front of us, ” said Dr. Guadalupe Bribiesca-Contreras, one of the authors of the study.

Scientists also noted that they unexpectedly came across a lot of large animals. The abundance of millimeter-sized creatures in this area has already been described, but the megafauna simply could not be properly collected. 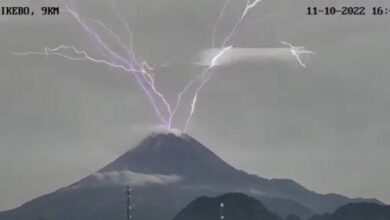