(ORDO NEWS) — An unusual development in the field of robotics and engineering was presented by Moonwalkers, a company from Pittsburgh.

These are a pair of battery-powered boots that are claimed to be able to increase walking speed by up to 250%.

At first glance, they look like a pair of futuristic inline skates, but they are actually more than that.

You should walk in them just like you would in regular boots or sneakers, allowing the motorized wheels to bounce your stride.

Powered by a state-of-the-art brushless motor, this contraption is actually a platform that can be attached to any shoe to greatly increase walking speed to a claimed 11 km/h.

In comparison, the average human walking speed ranges from 2.5 to 4 miles. in hour. 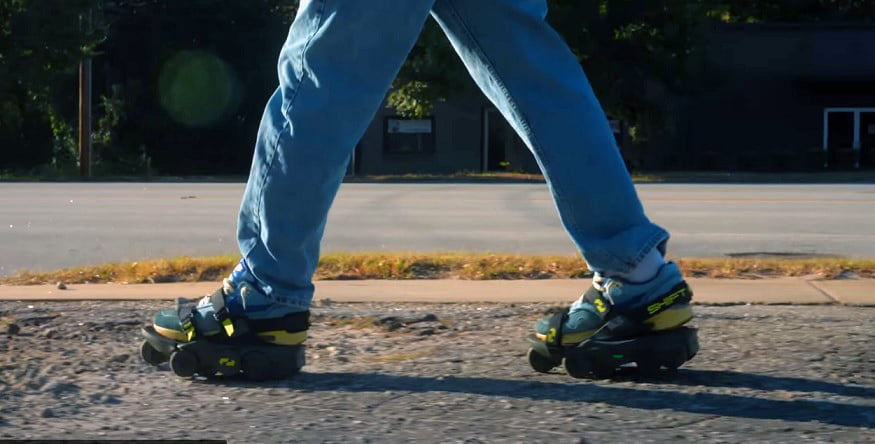 Developed by Shift Robotics, the walkers consist of a 300W brushless motor in each 1.9kg boot that powers eight polyurethane wheels.

There is also an AI gearbox that increases or decreases speed according to the user’s gait data. The shoes are also capable of detecting movement on an incline to help prevent injury.

“These are not skates. These are shoes. It is actually the fastest shoe in the world,” said Xiongze Zang, founder and CEO of Shift Robotics.

You are walking. You don’t have to learn how to use them, the shoes learn from you.”

But do the world’s fastest boots work on uneven terrain or on things like stairs? We all know how difficult it is to soften them on roller skates.

Well, apparently the designers have taken this into account and implemented a simple gesture that allows the wearer to lock the wheels so they can go up or down stairs like they would in regular shoes.

Moonwalkers were recently showcased as part of a Kickstarer campaign. The first batch is expected to go on sale in March 2023 for a retail price of $1,399. It’s not cheap, but it’s no ordinary pair of shoes.