(ORDO NEWS) — The region that separates the solar system from the rest of the galaxy is not smooth.

Humanity has only been able to reach interstellar space twice, thanks to the Voyager 1 and 2 probes, which have been traveling in space for over 45 years.

During the last decade they have crossed the boundaries of the solar system known as the heliopause.

Now the vehicles are located where the solar plasma no longer dominates, and interstellar material becomes the main factor of influence.

A new study reveals something unexpected about these boundaries.

The region where the solar wind dominates is called the heliosphere. Despite the name “sphere”, it is only spherical on one side. The other side is elongated like a comet’s tail.

The Voyager probes crossed the spherical side, which is much closer to Earth. First, they went through a terminal shock when the solar wind dropped to the speed of sound.

Then the heliopause begins, when the solar wind is pushed back by interstellar material passing through the Milky Way.

Voyager 1 crossed this boundary in 2012 and Voyager 2 in 2018, providing useful information about the region.

But another mission doesn’t need to go that far to observe the heliopause. NASA’s IBEX orbits the Earth but is successfully tracking changes at the edge of the solar system. 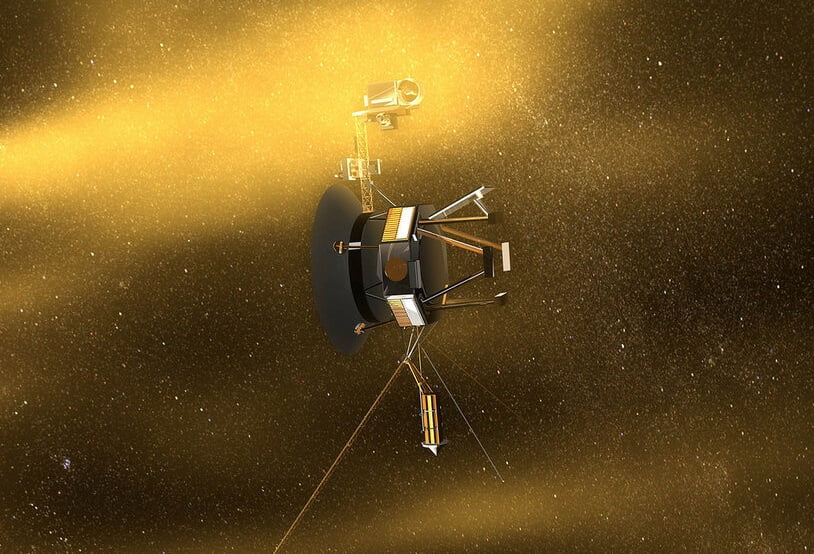 The data show that the wave of particles reached the heliopause in 2015, creating ripples at a boundary 1.5 billion kilometers away.

The particles were reflected back and forth between the shock wave and the heliopause.

The effect was so pronounced that the heliopause behind Voyager 1 moved forward about 750 million kilometers compared to its position in 2012.

Voyager 1 remained in interstellar space, but the heliosphere may have actually come close to it.

Measurements towards Voyager 2 are a little more uncertain, but they may have added a little more path for the probe to reach interstellar space.

The boundary between the Sun and the rest of the galaxy was known to change in size as the Sun’s activity changes every 11 years. This study shows that the heliosphere is an undulating region rather than a smooth one.

NASA’s Interstellar Mapping and Accelerator Probe (IMAP) will provide even more information on this subject. It is expected to be launched in 2025.

Scientists have established the origin of the oldest Martian meteorite

Scientists have established the origin of the oldest Martian meteorite