(ORDO NEWS) — Jus primae noctis, droit du seigneur, or “right of the first night,” is an alleged medieval custom that allowed gentlemen to have sexual intercourse with the brides of their male subjects on the first night after their wedding.

Throughout the centuries, this vicious custom of male domination has been mentioned in various sources, but the reality of its existence remains unclear. This topic is hotly debated by anthropologists and historians, who debate whether jus primae noctis is a custom, a law, or just a vulgar myth. 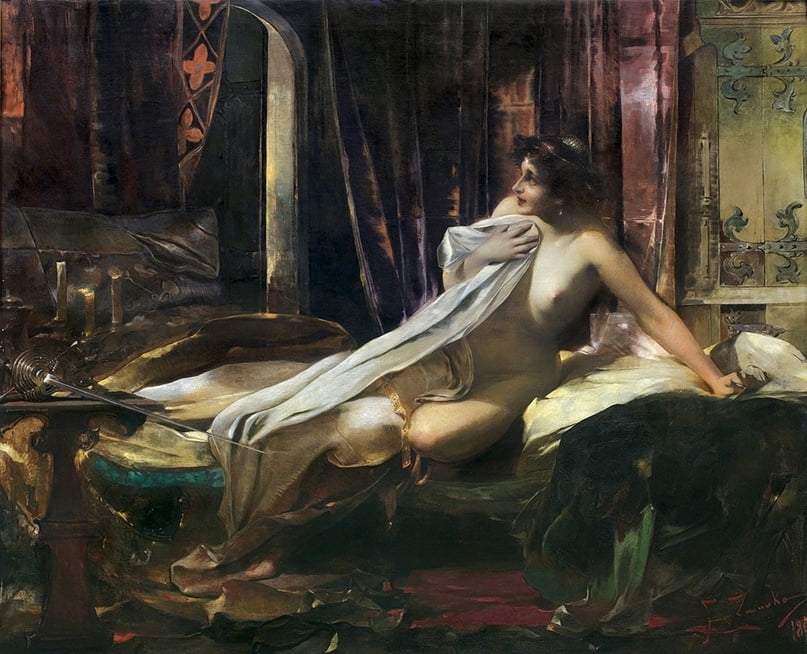 Jus primae noctis is a phenomenon that has been documented throughout history, almost 2000 years ago. The earliest textual reference can be found in the Epic of Gilgamesh, written in 1900 BC, where Gilgamesh, as king of Uruk, enjoyed many privileges in relation to his subordinate men and their wives.

“He cohabits with the betrothed bride – first he, then the husband.” (The Epic of Gilgamesh, cited in Wettlaufer, p. 112.) 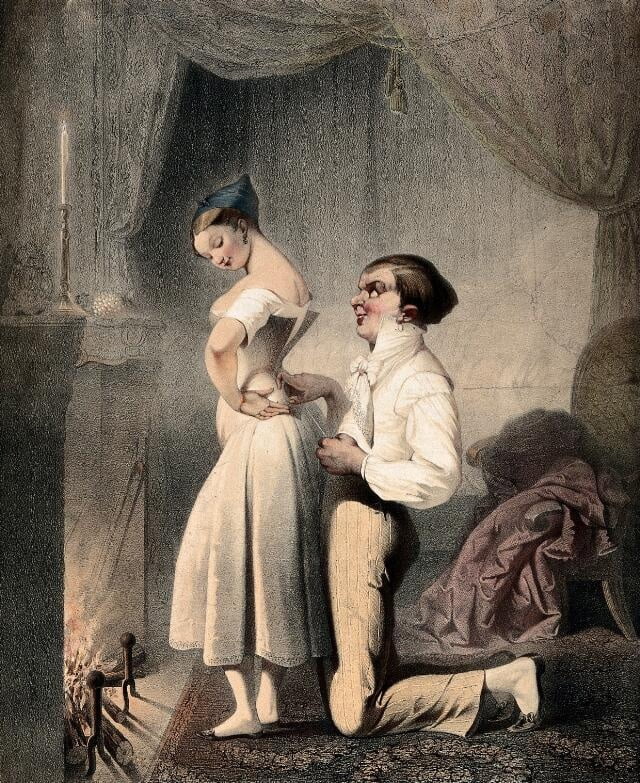 In 450 B.C. the same practice was reported by the Greek historian Herodotus in his History, who wrote of a similar trend in the society of the Adrimachides, a Libyan tribe. Before virgins were married, he described how the king had the right to dishonor them before their husbands could “possess” them.

The Greek scholar Heracleides Pontikos, writing in 400 BC, described the same benefits as ruler of the Greek island of Kepalonia. Further, during a slave revolt in Volsinia, an ancient Italian city, Valerius Maximus noted in AD 20 that free men could not marry women who were not first deflowered by a slave.

A few centuries later, in AD 300, this privilege of sexual right was attributed to Emperor Maximinus. According to the Talmud, an ancient Jewish text, in the Middle East, the Romans and Greeks, who were occupiers at various times, engaged in this practice. 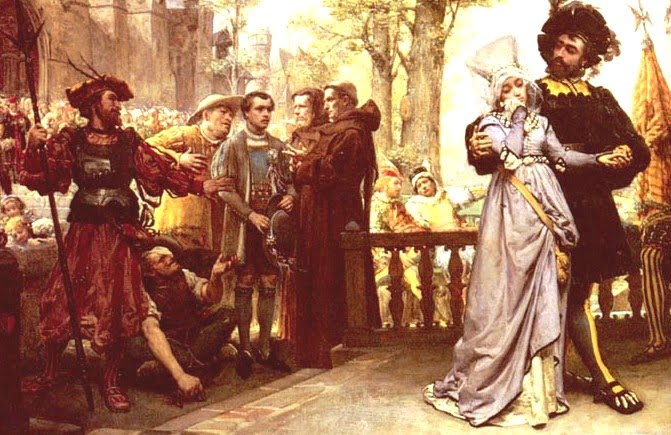 Presumably, this tradition continued into the early Middle Ages. For example, in the Annals of Clonmacnosy in Ireland dating back to the 8th century AD, it is recorded that the Vikings considered themselves entitled to jus primae noctis with Christian brides:

“The ruler of them should bestow gifts on any woman in the house on the first night after her marriage, so that before her own husband has carnal relations with her to whom he wishes, or keep her with him at night to satisfy his lust.” (Annals of Clonmacnosy, cited in Wettlauger, p. 112.)

The idea of ​​jus primae noctis would survive into the 14th century, when a French tale by Baudouin de Sebourc referred to it as the right of a lord if the bride could not secure a sufficient dowry for his male serf.

By the 16th century, according to evidence, the belief in the existence of jus primae noctis was widespread, with many European lords using this concept to legitimize the customs of sexual harassment. In 1543, a charter in a Swiss village near Zurich read:

“…and when the wedding begins, the groom must let his master lie with his bride on the first night, or he must ransom her for 5 pounds and 4d.” (Staatsarchiv des Kantons Zürich, cited in Wettlaufer, p. 115.)

Sometimes, however, the lord went too far and the peasants were forced to act. At the end of the 15th century, in the only successful peasant uprising of the Middle Ages, the serfs of Catalonia in Spain rebelled against their cruel lords. These lords introduced various coercive acts on their serfs’ wedding night, including crawling into the bride’s bed for their own sexual gratification. In the same perverse way, the landed aristocrats in France allowed themselves to put their bare feet on the bride’s bed.

Ritual defloration and the view of anthropologists

In prehistoric times, the ritual defloration of virgins by members of the elite, such as priests or kings, was common.

In Indian and South American tribes, the deprivation of virginity of young women and girls before marriage was a common practice and was seen not as a privilege, but as a duty, since primitive peoples remained very superstitious about virgin blood.

In the primitive tribes of Hawaii, it was usually the leader who had to perform what was considered a sacred duty:

“In many families that were admitted to the royal court due to consanguinity, the virginity of daughters was strictly guarded, and when a girl reached marriageable age and was expected to be his wife, she was taken to the leader, who deprived her of her virginity.” (The Polynesian Family System in Ka’u Hawai’i, Tokio, Rutland, as cited in Wettlaufer, p. 117).

Any child resulting from this act was often a celebration for the husband, who found great honor in his wife’s bearing the child of his chief.

The sacred priests of India, the Brahmins, are said to have offered the same service. Hamilton, an early modern traveler, described the details and motivations for such a ceremony among the Samorin tribes:

“When a zamorin marries, he must not cohabit with his bride until the Nambudri, or chief priest, has enjoyed her, and he, if he wishes, may have three nights of her company, because the first fruits of her marriage must be a sacred offering to the god who she worships.” (A New Account of the East Indies, cited in Wettlaufer, p. 117.) In 1903, the German anthropologist Hermann Vilutsky emphasized that:

“It is necessary to trace every link in the chain of evidence in order to find out the most ancient version of the custom.” (Vorgeschichte des Rechts, cited in Howarth, p. 294.)

Therefore, anthropologists believe that jus primae noctis and its episodes in the ancient and medieval eras originated from these early ritual defloration ceremonies.

Comparing them with jus primae noctis, they point out that in both cases we are talking about the sexual exploitation of submissive virgins under the rule of a powerful master.

As a result, anthropologists are inclined to believe in the existence of jus primae noctis, since this confirms their view that people gradually moved from polygamous to monogamous societies. For them, jus primae noctis in ancient and medieval society appears to be one of the last survivals of this ancient tradition.

Unlike anthropologists, historians who have studied the archival records of mankind argue that jus primae noctis is simply a myth and an unreasonable misinterpretation of two documented medieval systems of obligation in Europe.

The first, known by various names including culagium, jambage, cuissage, and drench de pernada, provided that if a slave wanted to marry a free woman, he had to pay a fee called a dowry, which he often borrowed from his master. 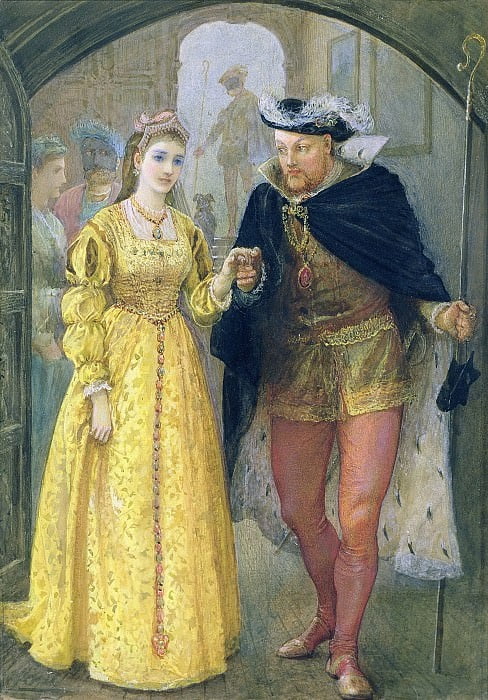 The legal codes say that the master, by lending money, simply received the right to return the amount. This customary payment was erroneously associated with the right given to the master, which allowed him to be the first to have sexual intercourse with the newlywed in exchange for his help in providing a dowry for his serf.

In practice, however, this unusual right was merely symbolic, and in reality copulation never occurred and was not part of a written legal mandate.

The second question concerned the church and its procedures related to marriage. At the Council of Carthage in 298, an ecclesiastical ban was issued ordering couples to abstain from marriage for the first three days. 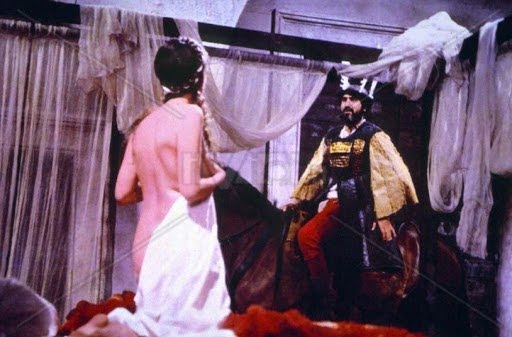 The prohibition was based on a passage in the Book of Tobit in which Tobiah married his wife Sarah. The scripture tells that Sarah was married 7 times and all her husbands were killed by the devil before their marriage could be consummated.

To fend off the devil’s encroachments, it was prescribed that newlyweds should engage in prayer and other sacred activities for three days after the wedding before confirming their union.

However, many husbands, eager to wait for three days, often bribed ecclesiastical authorities for the privilege of copulating with their wife on the first night, which was subsequently misinterpreted as the legendary jus primae noctis of the Lord.

It is not known how widespread this practice was in medieval times, although it is reported that in the 14th century it became such a problem for Kings Philip IV and Charles VI of France that they demanded that the Bishop of Amiens cancel such illegal payments. 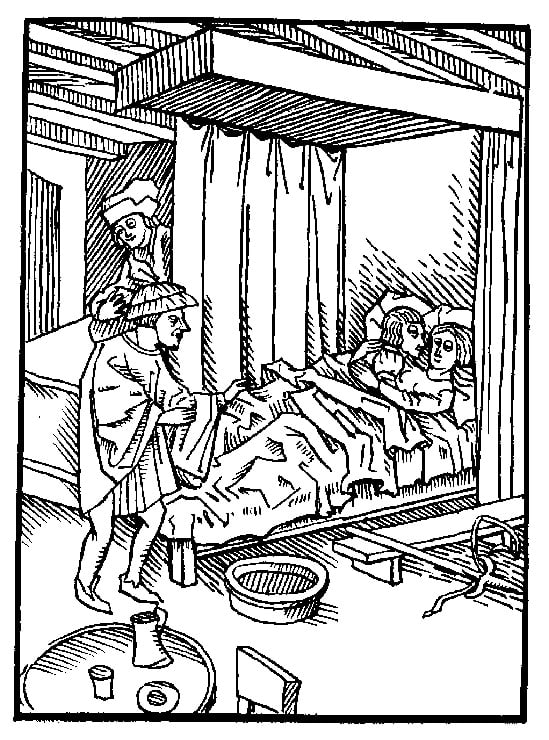 In fact, in their search for the existence of jus primae noctis, historians have found no conclusive evidence that the practice was legally enforceable.

The only example that touches on this topic and is clearly fabricated comes from the Chronicle of Boes, a fictional history of the early kings of Scotland, published in 1526 by Hector Boes. It reports how the Scottish king Ewan III in 875 legislated the right of the first night:

“And one more law, that women living on common land can live freely, and the owner of the land has the right to the virginity of all who live on it.” (Chronicle of Boece, cited in Bullough, p. 164.)

The author further states that this practice continued until 1061, when it was abolished by King Malcolm Canmore.

Despite the apparent fabrication, the Boes Chronicle remains the most traceable source for subsequent references to this custom in early modern writings, where it is repeated many times. In 1666, Sir John Skene repeated this false story in his Account:

“King Evenus decreed with a wicked lie that the lord or master of a land or lot should have first contact with a married woman within that lot.

After that, the ordinance was rescinded by King Malcolm III; he decreed that the groom should use his wife.” (An exposition of terms and complex muzzles given in the four buoys of the Regiam Majestatem, as cited in Howarth p. 298). 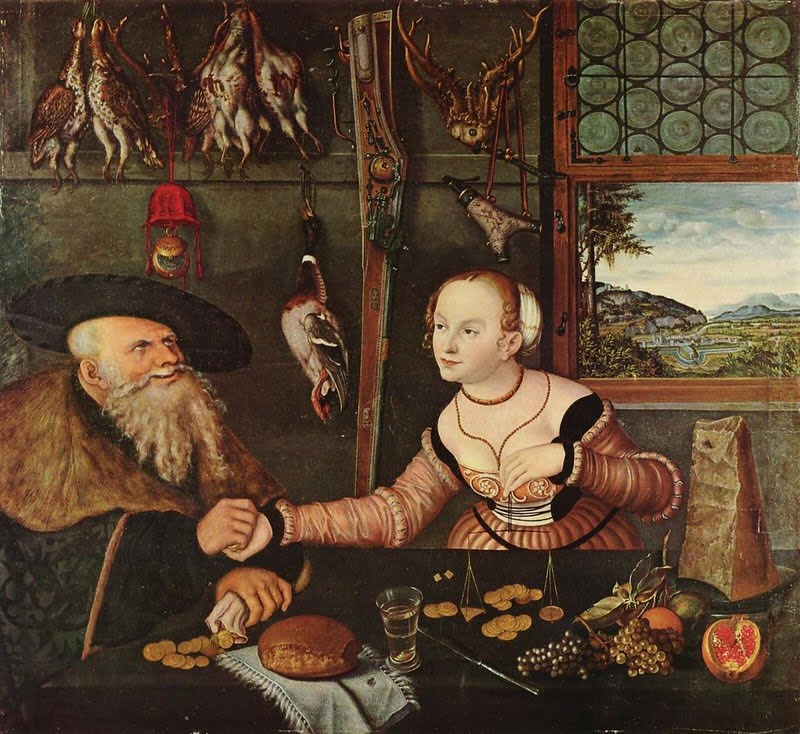 In a later story from Travels in the Western Isles, published in 1773, Johnson and Boswell, during their travels in Scotland, again discover traces of this ancient tradition, this time under the name “mercheta mulierum”:

“M’Quarri insisted that the ‘Mercheta Mulierum’ mentioned in our old charters really signified the privilege a lord or baron had to have a first night with all the wives of his vassals.” (Journal of a Tour to the Hebrides, cited in Howarth p. 299.)

The myth of jus primae noctis

The spread of the jus primae noctis myth was facilitated by its mention in many well-known literary works, where it became the main theme of authors looking for a sensational storyline or literary device as a suitable obstacle to marriage. In Shakespeare’s Henry IV, Part II, Jack Cade uses this right to try to fight off the desire to rebel:

“The proudest peer in the kingdom should not wear his head on his shoulders if he does not pay tribute to me; no maiden should marry unless she gives me her maiden honor before her husband receives it.” (Henry IV, Part II, quoted in Howarth p. 300.)

Although this is a common literary device, the historical basis for jus primae noctis, a term that only began to appear in the 18th century, remains very weak, implying that it is most likely a myth that arose from a depraved misinterpretation of peasants’ obligations to their lords and false History of Scotland written by Hector Boes in 1526. 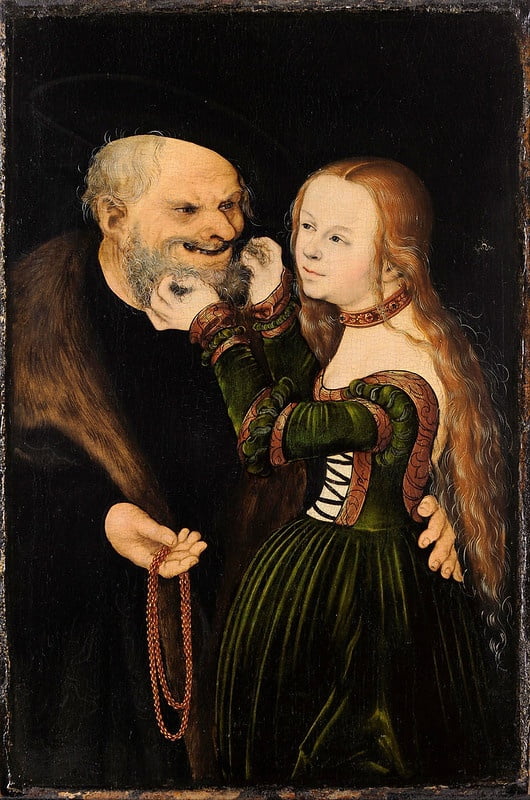 In fact, the obscene subtext of “the right of the first night” was probably a medieval joke that went too far and was based on the traditional superiority that lords showed over their subjects, especially if they were women. 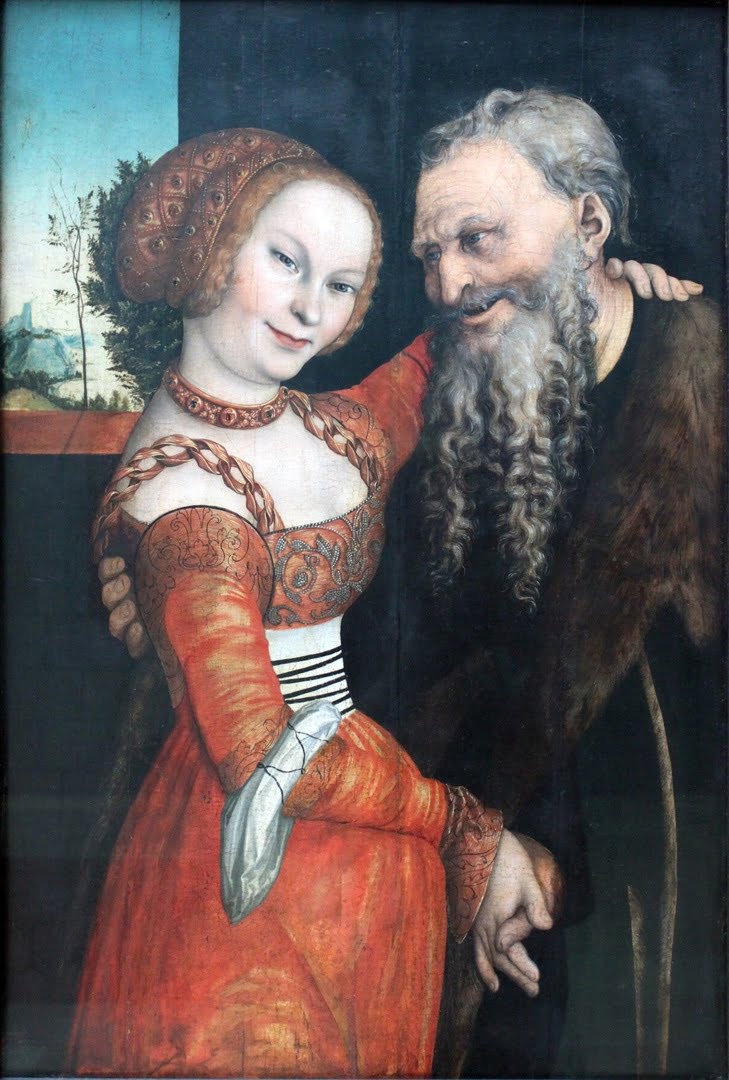 The very few references to customs or laws that included the sexual exploitation of female vassals were not legally binding, but simply depraved attempts to demonstrate male power over the less powerful classes.

Thus, anthropologists are right in defining jus primae noctis as a custom rather than a law, which, unfortunately, has happened repeatedly in the history of mankind.