(ORDO NEWS) — A gold florin with a leopard found by a treasure hunter was valued at 140,000 pounds.

In the UK, an amateur treasure hunter found the rarest coin, the value of which was estimated at 140,000 pounds. This is reported by The Guardian.

Andy Carter has been a treasure hunter for about 20 years. He retired four years ago and has since spent his weekends scouring the surrounding fields with a metal detector. In October 2019, luck smiled at him.

The pensioner recalls that he wiped the ground from the coin that came across to him, saw the back paw of a large cat and thought: “It can’t be that it was a leopard – they are rarer than the teeth of chickens.” He immediately showed the find to the expert, and, in his words, “the eyes went out of his head.” 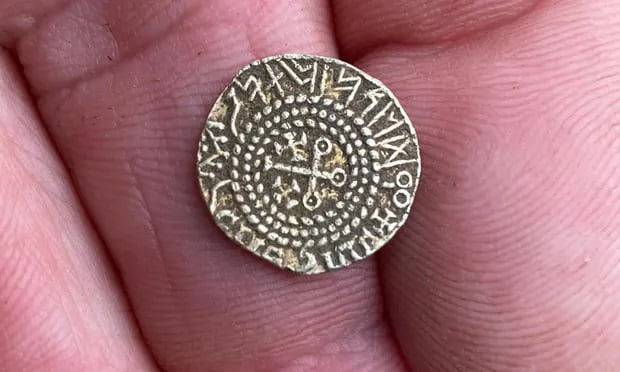 It turned out that Carter found a unique gold florin with a leopard, which was minted in the Tower of London in January 1344. The coin weighs 23 carats and has only been in circulation for seven months.

“Only five such coins are known that have survived to this day, and of the two copies that were put up for auction, this is the best,” says Nigel Mills, specialist at the Dix Noonan Webb auction company.

Two other florins with a leopard are kept in the British Museum, another one is in the Ashmolean Museum in Oxford.