(ORDO NEWS) — Buddhism is one of the world’s religions with over 520 million believers. This religion arose around the 4th – 5th century BC. and is distributed mainly in South and Southeast Asia.

Italian archaeologists, in collaboration with the International Association for Mediterranean and Oriental Studies, conducted research at the ancient acropolis of Barikot, Pakistan.

There they decided to dig and thoroughly explore the location where the robbers had previously visited. Unexpectedly, a Buddhist temple was discovered there, which is one of the oldest discovered. 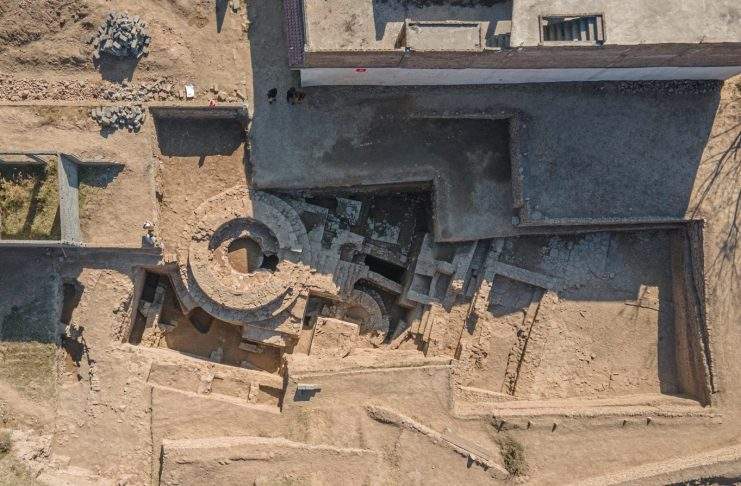 The temple is a structure up to three meters high. It is built on an apsidal podium, on which stands a cylindrical structure with a small stupa.

This is an obvious example of Buddhist architecture. On the sides of the facade of the monument are a small stupa, a cell and a podium of a monumental pillar or column. Leaving the room, a person could look from a height at the ancient road leading to the shrine.

After conducting research, archaeologists decided that the building was built in the second half of the 2nd century BC. But it is likely that she is older – to confirm this opinion, radiocarbon dating was carried out, but its results are still unknown.

Interestingly, the discovered temple was built on top of an even older structure. But what exactly it was is not yet clear. Moreover, it is likely that this structure was also built on top of another – this, the oldest, dates back to about the 3rd – 4th century BC.

In all likelihood, one of these buildings has Greek roots, because in ancient times the city of Barikot was known as Bazira and it was besieged by Alexander the Great.

After that, the city was partially used as a base for the further campaign of the Macedonian to India. Later, after the death of Alexander, Indo-Greek kings ruled the region. The most famous of them was probably Menander I (reigned 165-130 BC), who was the patron of Buddhism.