(ORDO NEWS) — An international team of scientists has shown that changing just one amino acid in a single protein is critical for cell division and DNA repair in all plants and animals.

The work not only provides new insights into the evolutionary mechanisms of multicellular eukaryotes, but may also open up new therapeutic approaches to various human diseases, such as cancer and other malignant neoplasms.

In the cells of all multicellular eukaryotes (plants, animals, fungi, and so on), there are two variants of histone proteins – H3.1 and H3.3. Histones are a numerous class of proteins found in the nuclei of cells with two main functions.

Firstly, they play a decisive role in the packaging of DNA into chromosomes, and secondly, they are involved in the regulation of the main nuclear processes: transcription (RNA creation in the DNA image), replication (DNA duplication) and repair (DNA repair).

For decades, biologists have wondered why one histone variant, known as H3.1, differs from its otherwise genetically identical twin H3.3 by just one amino acid.

From an evolutionary point of view, the difference is crucial: the H3.1 variant is found in all plants and animals, and its number increases dramatically during cell division.

This leads scientists to believe that it is somehow involved in the replication of the genome during cell division, but its exact role in this has remained a mystery.

In their study, published in the journal Science , a team of scientists from the US, Canada and the UK took a fresh look at the critical role of the H3.1 histone variant in nuclear processes.

By manipulating the genome of a model plant, Arabidopsis thaliana , they found that a single amino acid change in the H3.1 variant is critical for recruiting the specific TSK/TONSL protein needed to repair damaged DNA during replication. 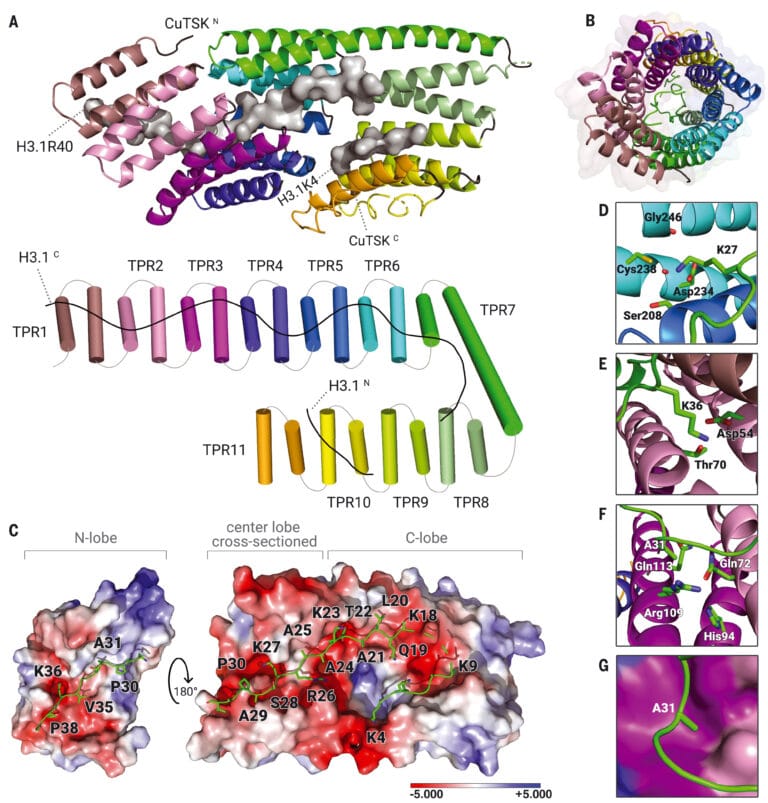 “H3.1 serves as a flag for localizing this repair protein at the right time and place in replicating cells,” explains Yannick Jacob , assistant professor of molecular, cell and developmental biology at Yale University and co-author of the study. “H3.1 ensures that the repair pathway only works during DNA replication.”

Moreover, the same amino acid that distinguishes histone H3.1 from H3.3 plays a decisive role in the selective interaction of the repair protein TSK/TONSL with histone H3.1. When the scientists replicated cells without H3.1, they saw “mutations, activation of alternative DNA repair pathways, and many developmental defects,” Jacob says.

As Jacob points out, understanding the role of H3.1 and its variable amino acid has the potential not only to open up new therapeutic approaches to human diseases such as cancer, but also “to show how the slightest difference in protein sequence can have such a huge functional impact throughout evolution.” .

Scientists have shown that animals can successfully suppress innate behavior

Scientists have shown that animals can successfully suppress innate behavior