Howard Carter searched the Valley of the Kings, where the great rulers of ancient Egypt were usually buried. He managed to make several discoveries that completely satisfied the interest of a huge number of people.

After they discovered the tomb of Tutankhamun, scientists managed to make several more important discoveries during its study.

After discovering the place where the body of the Egyptian pharaoh was located, Carter also found the remains of two children who had managed to mummify. Due to the fact that many years ago there was no identification technology, the remains had to be hidden.

They were named 317a and 317b. Each remains had its own set of not only external, but also internal coffins, which had the shape of a mummy. The peculiarity was that their design was almost identical. The difference was in the size of the coffin.

Some time ago, experts conducted a new study and did a DNA analysis. The result they got surprised them greatly.

The experts managed to find out that the remains belong to two girls who, presumably, could be the daughters of Tutankhamun. They were stillborn. One girl died at about 4 months, and the second was almost full-term.

“In ancient Egypt, there was an incredibly high mortality rate among children of all ages, so it is not surprising that girls were stillborn.

What was unusual was that they were carefully mummified, then wrapped and placed in beautiful coffins, which were then placed in the tomb of their father, ”says Egyptologist Salima Ikram from the American University in Cairo.

To date, scientists cannot say why the children were buried along with Tutankhamun. Joyce Tyldesley suggests that they became their own father’s “protectors” in the underworld.

The inhabitants of ancient Egypt were too much interested in getting into the afterlife without any problems. In the burial of Tutankhamen, experts found almost 5,000 different items. All of them were used to accompany him to the afterlife, and each item had to perform some specific function. 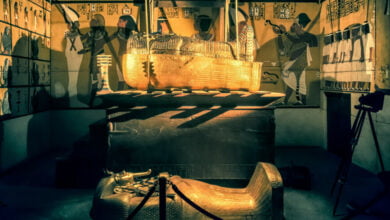 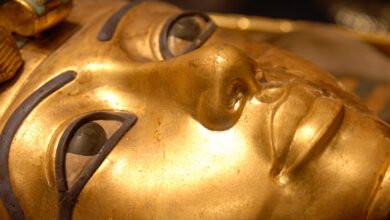 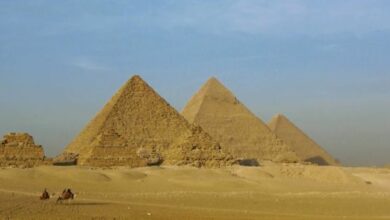 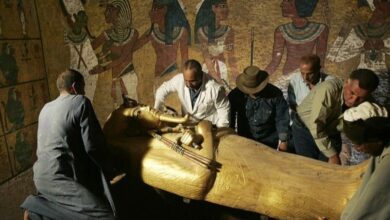