(ORDO NEWS) — Paleontologists have described the remains of three giant ichthyosaurs found in the Swiss Alps. The length of two of them was 15 and 21 meters, the latter could probably compete in size with the largest species of ichthyosaurs to date.

Another specimen was represented by the largest known ichthyosaur tooth. In addition, the find provided scientists with new information about the evolution, range and habits of these predators.

An international team of scientists have described the remains of three ichthyosaurs found in the Swiss Alps.

Among them was a tooth 15 centimeters long, which became the largest described tooth of an ichthyosaur. The remains of another skeleton included the largest in Europe and the second largest in the world of the trunk vertebra.

To date, only three groups of animals are known, the weight of which exceeded 20 tons: sauropod dinosaurs, whales and ichthyosaurs. The mass of the latter reached 80 tons. They first appeared in the oceans surrounding the supercontinent Pangea about 250 million years ago.

Fossils of these reptiles have been found all over the world, but most species of ichthyosaurs were not gigantic. The remains of the largest paleontologists met in North America, the Himalayas and New Caledonia, and the new discovery expanded their range.

Scientists believed that small species of ichthyosaurs had teeth, while giant ones did not, and the diet consisted mainly of cephalopods. The exact size of the owner of a huge tooth, as well as its taxonomic position, could not be established.

Probably, in the marine ecosystem, this predator occupied the same place as modern sperm whales and killer whales. Its tooth was curved back, like a marine mammal, and this made it easier to grab and hold large prey in the water.

Two other skeletons, represented by vertebrae and ribs, have been assigned by scientists to the Shastasauridae family , which includes the largest described species of ichthyosaurs.

The host of the huge vertebra probably rivaled in size the largest known ichthyosaur , S. sikkanniensis , which measured up to 21 meters in length. The dimensions of the second were more modest, although they were at least 15 meters.

Scientists discovered fossils at an altitude of 2800 meters above sea level, but 200 million years ago these rock layers covered the seabed in shallow water near the coast. The place could be a wide lagoon or a pool where large ichthyosaurs swam after schools of fish. 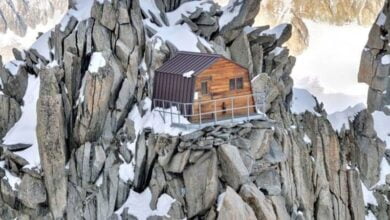 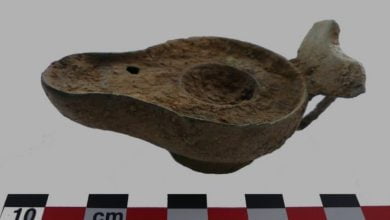