(ORDO NEWS) — Fossils found in Antarctica back in the 1980s have surprised scientists. It turned out that these are the oldest remains of huge birds that once reigned in the sky over the oceans. These formidable creatures were armed with impressive teeth, though not entirely real.

The discovery is described in a scientific article published in the journal Scientific Reports.

The Pelagornithidae are an extinct group of seabirds of prey. They are also called false-toothed for the bony outgrowths on the beak. These organs outwardly looked like real teeth, but nevertheless they were not genuine teeth (which, however, hardly comforted the prey caught in them).

Pelagornithidae occupied the ecological niche of modern albatrosses. They soared over the sea, looking for victims: fish and cephalopods.

However, until now it remained unknown when pelagornithidae first reached such impressive dimensions.

Now, paleontologists have re-examined two remarkable fossils found in the 1980s on the Antarctic island of Seymour. The first of them is the tarsus (one of the leg bones) of an ancient bird. This bone belonged to the largest known individual of pelagornithidae. Judging by the size of its legs, its wingspan was 5–6 meters. 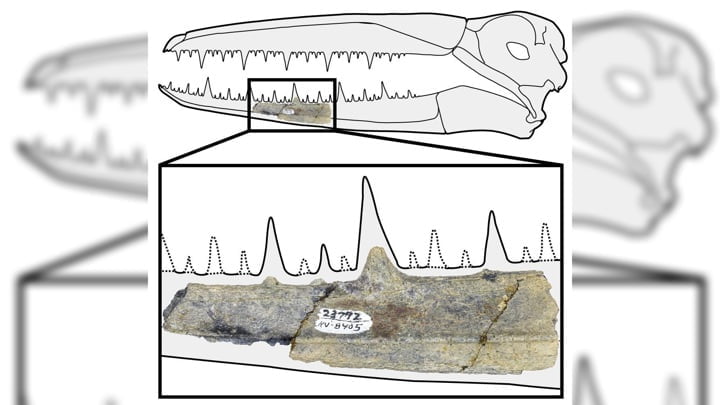 The second fossil is a 40 million year old pelagornitid jawbone fragment. Based on the size of the jaw, scientists calculated the dimensions of the entire bird. It turned out that she was also a giant and was not inferior in size to the first individual, with which she was separated by ten million years. Apparently, on the warm Antarctic islands of that distant era, it was advantageous to be a large bird of prey.

“Our discovery of fossils [giving] an estimate of a wingspan of 5 to 6 meters <…> shows that these birds evolved to truly gigantic proportions relatively quickly after the extinction of the dinosaurs and reigned [in the sky] over the oceans for millions of years,” the first author of the article is Peter Kloess of the University of California, Berkeley.

The wave of mysterious “cattle mutilation” in Eastern Oregon, US

The wave of mysterious “cattle mutilation” in Eastern Oregon, US