(ORDO NEWS) — Paleontologists from China have discovered a well-preserved skeleton of a unique owl on the Tibetan plateau, which was active during the day and died out about six million years ago. This is the oldest evidence of diurnal behavior in owls.

Owls, as you know, are predominantly nocturnal birds, so their habits are very different from the vast majority of other birds. But there are owls that can be conditionally called diurnal.

They calmly endure sunlight, resting on telegraph poles or wires. It is believed that once the ancestors of owls were ordinary daytime birds, but evolution “turned” them towards night hunting. They acquired night vision, keen hearing and the ability to silently fly.

Scientists from the Chinese Academy of Sciences, the Universities of Linyi and Nanjing (China) discovered on the Tibetan plateau, at an altitude of more than 2100 meters, in the province of Gansu, an amazingly well preserved skeleton of an extinct owl that led a daytime lifestyle. 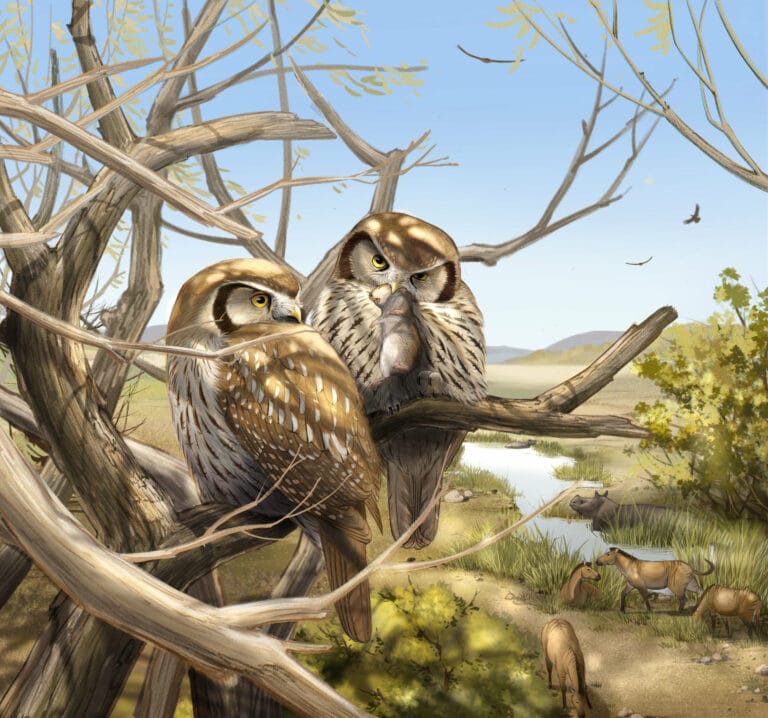 The bird was given the name Miosurnia diurna. The species name is similar to Surnia ulula (a living hawk owl that is also more diurnal) because the unique skeletal preservation allowed scientists to determine that the two species are related to each other.

The remains are indeed preserved almost completely, including the bones of the skull, wings, legs, tail, and even the hyoid.

Due to the good condition of the orbital bones, paleontologists were able to determine that the bird was diurnal. This is understandable, because nocturnal animals have larger eyes and pupils than diurnal ones, this is reflected in the size of the so-called scleral ossicles located around the eye.

Thanks to computer simulations, scientists were able to correctly compose a “Tetris” from the scleral bones of a fossil owl. So they determined the diameter of the ring around the iris and pupil of her eye.

Statistical analysis was then performed, comparing the scleral ossicles of M. diurna with those of 55 reptile species and more than 360 bird species, including owls.

As a result, scientists found that the ancestor of all modern owls was almost certainly nocturnal, but the “ancestor” of the Surniini group (which just includes diurnal and crepuscular species of modern owls) was probably diurnal.