(ORDO NEWS) — This week, Antarctica and the Arctic have experienced record-breaking heatwaves at the same time, with temperatures reaching 47°C and 30°C above normal.

Heat in Antarctica happens at any time, but especially now, during the equinox, when Antarctica is plunged into winter darkness. Similarly, in the north, in the Arctic, winter has just come.

Are these two heat waves related? We don’t know yet, and it’s most likely a coincidence. But we do know that the weather systems in Antarctica and the Arctic are linked to the regions closest to them, and these links sometimes go all the way to the tropics.

Is climate change causing this? Maybe. While it’s too early to tell for sure, we do know that climate change is making polar heatwaves more frequent and intense, and the poles are warming faster than the global average.

So let’s take a closer look at what causes the extreme anomalies in each region, as well as the consequences for polar animals such as penguins and polar bears.

What happened in Antarctica?

The heatwave in Antarctica was caused by a slow and intense high-pressure system southeast of Australia that carried huge amounts of warm air and moisture deep into Antarctica. It was combined with a very intense low pressure system over the interior of East Antarctica.

To make matters worse, the cloud cover over the Antarctic ice plateau was trapping heat radiating from the surface.

Since it is autumn in Antarctica, the temperature in the interior of the continent has not been warm enough to melt the glaciers and the ice cap. But this does not mean that strong temperature fluctuations did not occur. For example, Vostok station, located in the center of the ice plateau, recorded a preliminary maximum of -17.7°C (15°C above the previous record of -32.6°C). The Italian-French research station “Concordia”, also located on a high plateau, recorded the highest temperature on record, which was about 40 ° C higher than the average temperature in March.

On the coast, everything was completely different: it rained there, which is not quite usual for the continent.

The rain was caused mainly by the atmospheric river, a narrow band of moisture collected from warm oceans. Atmospheric rivers are at the edge of low pressure systems and can move large volumes of water over vast distances on a scale larger than that of continents.

Despite their rarity, atmospheric rivers are an important contributor to the formation of continental ice sheets, as they shed relatively large amounts of snow. When surface temperatures rise above freezing, it’s not snow that falls over Antarctica, but rain.

Last Monday (March 14), temperatures at Casey Station in Australia peaked at -1.9°C. After two days it was more like -1.9°C. Two days later, they were more like midsummer temperatures, hitting a new March high of 5.6°C, which will lead to ice melt.

This is the second heat wave at Casey Station in the past two years. Temperatures reached 9.2°C on the Casey in February 2020, followed by a shocking high of 18.3°C on the Antarctic Peninsula.

What does this mean for wildlife?

Adélie penguins, found throughout the Antarctic coastline, have recently completed their summer breeding season. But, fortunately, the Adélie penguin chicks have already flown to the sea to start hunting for food on their own, so the heat has not affected them.

Rain may have affected local plant life, such as mosses, especially when they were in their annual drying phase for the winter. But we won’t know if the plants are damaged until next summer, when we can visit the moss beds again.

And what about the Arctic?

A similar weather pattern was observed last week in the Arctic. An intense low pressure system has begun to form off the northeast coast of the United States. At its junction with a neighboring high-pressure system, an atmospheric river formed.

American researchers called the low-pressure system the “bomb cyclone” because it formed so quickly, undergoing a delightful process of “bombogenesis.” Winter sea ice has already been very low this year, and land records in Greenland have recently seen record-breaking rainfall.

If warm conditions cause sea ice to break up earlier than usual, this could have dire consequences for many animals. For example, sea ice is an essential habitat for polar bears, allowing them to hunt seals and travel long distances.

Many people live in the Arctic, including indigenous people, and we know that the loss of sea ice disrupts hunting and cultural practices.

Moreover, the system of cyclone bombs brought chaotic weather to many populated areas of the Northern Hemisphere. For example, in northern Norway, flowers began to bloom prematurely due to three weeks of abnormally warm weather.

Harbinger of the future

Modeling shows that large-scale climate models are becoming increasingly variable. This means that a seemingly single heat wave could be a harbinger of the future in terms of climate change.

In particular, the Arctic is warming twice as fast as the rest of the world. This is because melting sea ice exposes more of the ocean, and the ocean absorbs more heat because it is darker.

The Intergovernmental Panel on Climate Change (IPCC) predicts that Arctic sea ice will continue to retreat, with ice-free summers by the 2050s.

The future of Antarctica looks no less troubling. According to the IPCC, global warming of 2 to 3°C this century will result in the almost complete loss of the West Antarctic Ice Sheet. Reducing global emissions to net zero as soon as possible will help avoid the worst effects of climate change. 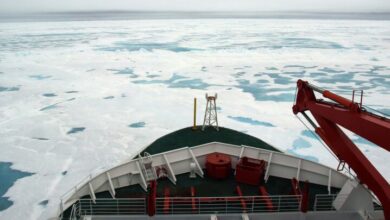 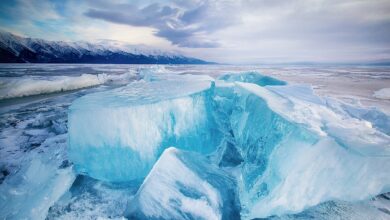