US, WASHINGTON (ORDO NEWS) — Retail in China comes back to life after quarantine restrictions – both buyers and business are optimistic. The online sector demonstrates particularly spectacular dynamics. However, retailers from other countries should consider the PRC example with caution, said Philipp Shubin, Operations Director of the Wallet app.

In March, the Chinese authorities managed to defeat the coronavirus epidemic, and retail began to gradually come back to life. Already in mid-March, more than 5,000 retailers interviewed by Nielsen China were optimistic about the future and expected that citizens tired of self-isolation would want to please themselves with their purchases.

Economists call this behavior revenge spending , or spending out revenge — for the time spent in four walls. In the first days after the quarantine was lifted, in many cities, lines lined up not only in front of boutiques, but also at the doors of small bakery cafes. The main newsmaker for the weekend of April 10-11 was Hermes boutique in Guangzhou, which earned $ 2.7 million on the first day after opening.

Online as a source of growth

For retailers engaged in essential goods, the quarantine period was like a long black Friday with a steady stream of buyers who swept durable goods from the shelves: canned goods, sanitizers, and toilet paper. The rest had much harder: optional purchases faded into the background, and the closure of shopping centers, shops and restaurants actually led to a halt in the business.

Now we can confidently say that those who relied on digital channels and remote services got out of the crisis with the least losses. The greatest growth was shown by tools for distance learning and remote work, delivery from shops and restaurants, online games and wellness applications. More importantly, for many McKinsey & Company respondents, quarantine was an occasion to use them for the first time. The number of new customers across the entire spectrum of online services has grown by at least a quarter, in education, video communications and telemedicine – by more than a third.

What is interesting here is not so much the experience of digital business, for which quarantine has become a growth point, but the measures undertaken by traditional retailers in response to new challenges. These solutions worked during the coronavirus outbreak and are helping them return to growth now.

For IKEA, whose stores in China were closed from January to March, the crisis became an occasion for experimentation . The company, the main one for which has always been the shopping experience in offline stores, in March opened its online store at the site of the Tmall marketplace, which is part of the Alibaba Group. The company does not plan to collaborate with other sites, and experience with Tmall is likely to be of great importance for its digital strategy.

While 7,000 Nike stores in China were closed, the company focused on online tools , the Nike Training Club training apps integrated with its online store. The abolition of premium access fees ensured an 80% increase in new users, which was converted into online sales growth of 30% in the first quarter of 2020. The experience gained in China, the company applies in other key markets affected by coronavirus – in Europe and the USA.

Shanghai K11 boutique center, which received Fast Company Innovation Award in 2019, launched its virtual three-dimensional version through the WeChat Mini Program service. Users can walk along it in the spirit of Google Street View, go to stores and make purchases through the adapted interface of the online store. The company reported that 200,000 people visited the virtual store in March.

Beijing Joy City Mall has focused on online streaming . Its virtual visitors can watch the presentations of new collections from boutiques, the advice of makeup artists from cosmetics stores, watch the work of cooks in the kitchens of restaurants, and make orders through the site of the shopping center. It works: the Estee Lauder store sold as many products in a few hours as it did in one non-crisis week, and the number of viewers on their stream roughly corresponded to the store’s traffic for more than six months.

Special attention should be paid to the measure of indirect support for retailers chosen by the Chinese authorities – digital coupons issued through AliPay and WeChat Pay. Users can exchange these coupons for discounts at stores, cafes and other retail outlets. In Guangzhou alone, 1.68 billion yuan — more than $ 237 million — were allotted for coupon issuance. Coupons have an expiration date, stimulate purchases and allow the money to be returned to the economy.

The situation in the Chinese premium retail has its own characteristics. For many brands, this is the largest market: in 2018, China accounted for 33% of global sales of premium goods ( Boston Consulting Group ), in 2018, Chinese citizens accounted for 90% of their consumption growth ( Bain & Company ), but 70% wealthy Chinese made expensive purchases abroad so as not to pay a high luxury tax. Thus, the lion’s share of sales in newly opened boutiques are purchases that have not been made in other countries.

What does this mean? Perhaps this factor compensates for the decline in interest in premium products, which is fixed by McKinsey & Company and Morgan Stanley . In addition, this will allow in the long term to withstand the long-term decline in demand for expensive optional purchases, which Ipsos predicts from the experience of the crisis of 2008-2009. But for premium retailers from other countries that relied on buyers from China, this news can only be bad. 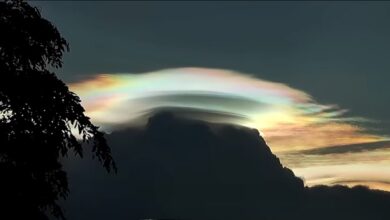