(ORDO NEWS) — A young naturalist from Colombia, Carlos Matallana-Puerto, spent many hours watching the animals that appeared on the feijoa trees growing under his windows. He was able to find out that their flowers are most often pollinated by ordinary gray rats, attracted by sweet petals.

Young biologist Carlos Matallana-Puerto is currently completing his studies at the University of Campinas (Brazil) and specializes in plants.

While listening to courses on the complex relationship between flowering plants and pollinating animals, he remembered how many in his native Colombia noticed that gray rats ( Rattus norvegicus ) for some reason climbed flowering trees. By his own admission , a biologist has noticed something similar more than once.

Therefore, he came up with a hypothesis: urban rodents with the fame of a peddler of infection are attracted to the flowers of feijoa trees ( Acca sellowiana ). Therefore, rats could in the full sense of the word become pollinators of this important fruit plant.

Carlos had every reason to do so, because 87.5 percent of the species of flowering (angiosperms) plants are zoophilic, that is, they spread their pollen with the help of animals.

Among them are many mammals – as many as 343 species, including a number of bats, African jumpers, lemurs, proboscis couscous, and even some representatives of the rodent order.

The young man in this situation acted like a real naturalist: he set up a platform for observation in his own home. Using video cameras and binoculars, Carlos watched the 22 feijoa trees growing in the neighborhood and recorded which animals showed up among their branches. In total, the biologist spent 60 hours on this case.

Oddly enough, he saw almost no birds – only six individuals of two local species. At the same time, 88 percent of the visits to the flowers fell on the notorious gray rat: the scientist observed this rodent on the branches no less than 43 times.

Feijoa flowers are known to be odorless and do not produce nectar, and it is their plants that are most often used to lure pollinators. What attracted rats and birds in this case? It turned out that the animals ate the large petals of the tree.

Dr. João Custódio Fernandes Cardoso, a colleague of Carlos and co-author of a new article in the prestigious journal Ecology , confidently claims that these petals are very sweet in taste.

It is curious that a rat (a nocturnal animal by nature) bites with feijoa flowers exclusively during daylight hours. At night, these flowers, like many others, are closed.

“I was very surprised, because although from the very beginning I knew all these stories (about rats in the trees. – Approx. ed.), I did not pay much attention to them,” Carlos admits . “But then I started researching and was just amazed because it all suddenly made sense.”

It turns out that scientists managed to observe the beginning of an unusual symbiosis in South America. Feijoa plants have grown there throughout their history, but the rat, which once lived only in Asia, and is now widespread everywhere, arrived in Colombia quite recently – along with Europeans. 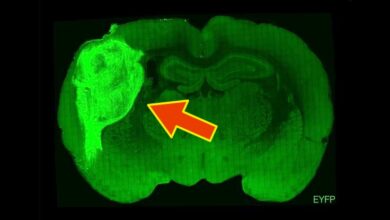