(ORDO NEWS) — A group of tourists traveling through northern Norway spotted pink auroras in the sky. Their color indicates that streams of charged particles have penetrated unusually deep into the earth’s atmosphere.

Rare auroras could be observed on Thursday November 3, 2022. Their pictures were taken by a group of tourists led by guide Markus Varik from the Norwegian company Greenlander.

“These were the brightest pink lights I have ever seen in more than ten years of work,” Varik said . Indeed, such occurrences are rare.

Auroras are caused by charged particles coming from the Sun into the atmosphere.

As a rule, the Earth’s magnetic field deflects these fluxes, and only in the subpolar regions, where its lines of force converge towards the poles, can particles penetrate into the upper layers of the atmosphere.

Colliding with rarefied air atoms, they cause them to emit light of different wavelengths.

The flow stops at altitudes from 100 to 300 kilometers, where there is a relatively large amount of oxygen, which gives the aurora a bright green tint. 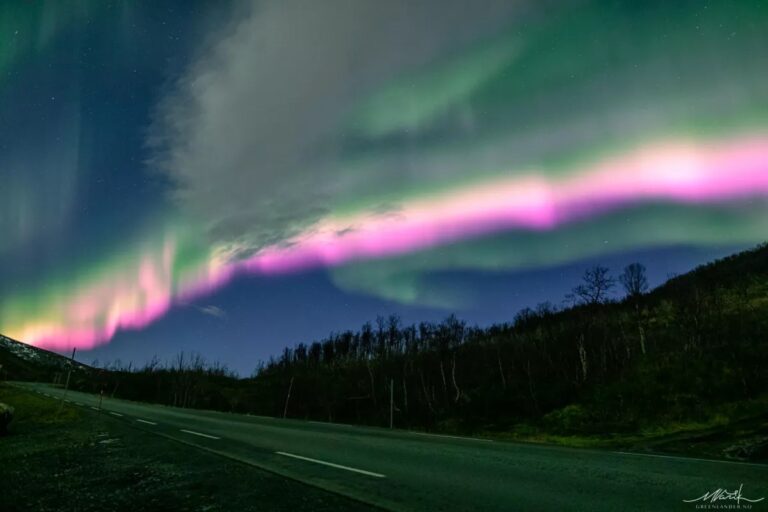 However, the auroras seen by Markus Varik and his companions were pink.

This color corresponds to the emission of excited nitrogen atoms, which means that this time the solar wind penetrated the atmosphere below the 100-kilometer mark, in the region dominated by this inert gas.

In Norway, the auroras lasted about six hours, and were visible for a shorter time as far south as Sweden.

The incident is associated with turbulent processes in the Earth’s magnetosphere, which led to its temporary weakening on November 3.

The geomagnetic storm was not too powerful, it was rated at the G1 level on the five-point G-index of the US National Oceanic and Atmospheric Administration (NOAA).

However, it created a gap in the planet’s magnetic field, through which particles of the solar wind could penetrate the atmosphere to a fairly large depth.

Geologists explain the origin of land on Earth

Geologists explain the origin of land on Earth