(ORDO NEWS) — An international team of scientists has obtained new indications of the existence of a double supermassive black hole in the distant galaxy OJ 287 using Radioastron.

From Russia, scientists from the Astrospace Center of the P. N. Lebedev Physical Institute of the Russian Academy of Sciences, the Moscow Institute of Physics and Technology and the Crimean Astrophysical Observatory took part in the study.

An article about the discovery was published in The Astrophysical Journal . Galaxy OJ287 is located at a distance of five billion light years from Earth. It belongs to a special category of galaxies called blazars.

The main characteristic of a blazar is the presence of a supermassive black hole in the center, accreting matter, gas and dust. When matter falls into a black hole, it collides with other matter and heats up, resulting in a glowing accretion disk around the hole.

In addition, a pair of axisymmetric plasma jets, called jets, are ejected from the central region of the blazar, and one of them is directed towards the Earth. The exact mechanism for the formation of these jets is still unknown. OJ 287 is remarkable for another reason.

One of the main questions related to binary systems and of interest to scientists: how a pair of such black holes eventually merge is the so-called final parsec problem. The theory suggests that all binary black holes will remain at a distance of about one parsec indefinitely due to time dilation near a relativistic object. The gravitational waves emitted by such a system can confirm or disprove this theory.

The two black holes in OJ287 are so close to each other that they must be emitting gravitational waves, and this, in turn, leads to the compression of their orbits.

“This gravitational radiation, as we expect, may soon be detected using cosmic gravitational wave interferometers, such as the LISA space system, which will definitively confirm the existence of a binary system in OJ 287,” says study participant, corresponding member of the Russian Academy of Sciences Yuri Kovalev, head laboratories at MIPT and FIAN.

The discovery was made thanks to an observational technique known as very long baseline radio interferometry (VLBI). The principle of VLBI, proposed by Soviet scientists Leonid Matveenko, Nikolai Kardashev and Gennady Sholomitsky in the mid-1960s, is to simultaneously observe an object in the sky with different telescopes.

Synchronization of the signal from each antenna and subsequent correlation makes it possible to reconstruct images of distant astrophysical objects with the highest angular resolution, equivalent to that which would be achieved by an Earth-sized telescope. In this case, the larger the collecting surface and the shorter the observation wavelength, the higher the angular resolution.

Scientists have been able to restore the highest resolution image of OJ 287 achieved to date using ground-to-space VLBI observations. The participation of the 10-meter orbital antenna “Spektr-R” (the space mission “Radioastron”, led by the Astrospace Center with the support of Roscosmos), helped to form a virtual radio telescope 15 times the size of the Earth.

In this case, a resolution of about 12 microseconds of arc, or about two light months, was achieved. In other words, the resulting image is so detailed that, with such a resolution , you can see a one-ruble coin from the Earth on the surface of the Moon. “We have never observed the internal structure of the supermassive binary black hole candidate OJ287 with such clarity,” says Yuri Kovalev.

An analysis of the obtained images showed that the plasma jet of the object is strongly curved, and this confirms that we have a double black hole in front of us. Observations in polarized light showed the topology of the magnetic field of the innermost part of the jet and confirmed its toroidal configuration. It turned out that the beginning of the jet is penetrated by a spiral magnetic field.

“These results have helped us move one step further in expanding our knowledge of the morphology of relativistic jets near the central engine, confirming the role of magnetic fields in jet launch. We have received new indications of a binary system of supermassive black holes in the heart of OJ287,” concludes Alexander Pushkarev, a research participant, professor of the Russian Academy of Sciences, a leading researcher at CrAO and FIAN.

Winds of black holes are no longer the same as before

7 questions and answers about black holes

Winds of black holes are no longer the same as before

7 questions and answers about black holes 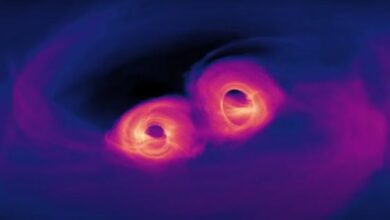 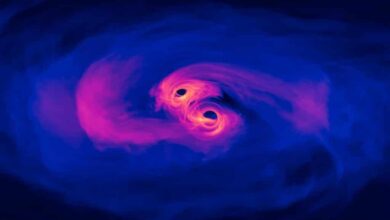 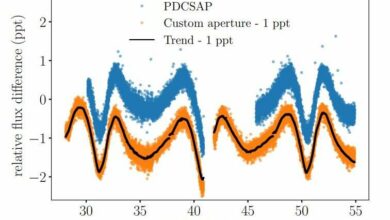 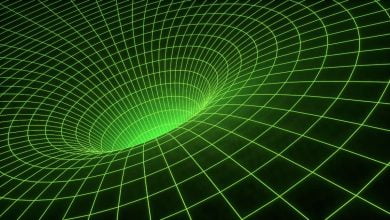