(ORDO NEWS) — Using the MeerKAT radio telescope, an international team of astronomers has detected radio flares from a nearby M-dwarf star known as SCR 1746-3214. The discovery, reported in a paper published April 7 on the arXiv preprint server, may expand our understanding of the flare behavior of M dwarfs.

Until now, astronomers have observed numerous large flashes emanating from cold dwarfs. This is because M-type stars and ultracool stars can exhibit high levels of magnetic activity. Overall, the study of flares can provide important clues about the properties of magnetic dynamos and the interiors of stars, so researchers are interested in discovering new flares.

A recent study by astronomers led by Alex Andersson from the University of Oxford (UK) showed that such activity was detected on the M-dwarf star SCR 1746-3214, which is only 39 light-years from Earth.

The transitional phenomenon turned out to be associated with the star SCR 1746-3214, and a subsequent multiwavelength study of this M dwarf revealed further radio flare activity.

Observations have shown that SCR 1746-3214 exhibits distinct stellar outbursts, confirming it as an active star. The flare activity of this M dwarf in the electromagnetic spectrum corresponds to the radiation expected from dMe stars. The so-called dMe stars are late-type dwarfs showing emission lines of hydrogen, indicating chromospheric heating.

In addition, observations have confirmed that SCR 1746-3214 is a mid-late spectral M dwarf with clear magnetic activity, as indicated by strong alpha hydrogen emission. The star’s rotation period was found to be approximately 0.23 days, suggesting that this M dwarf is rotating rapidly.

Speaking about the fundamental properties of SCR 1746-3214, the researchers noted that the M-dwarf has a radius of about 0.146 solar radii, and its mass is 0.12 solar masses. The effective temperature of this star is estimated at about 2,900 K.

Summing up, the researchers noted that their study is the second time that MeerKAT was lucky enough to accidentally detect a galactic radio transition. This demonstrates the unique capabilities of the current generation of radio telescopes for commensal science.

“The accidental detection of this transient by MeerKAT, as well as its multiwavelength signature, make it a clear demonstration of both the capabilities of the current generation of radio interferometers and the value of simultaneous observations from optical facilities such as MeerLICHT,” the authors of the paper concluded.

They added that further multi-wavelength studies of the star SCR 1746-3214 could be useful in expanding our knowledge of space weather around M dwarfs. This is extremely important for determining the habitability of potential exoplanets. 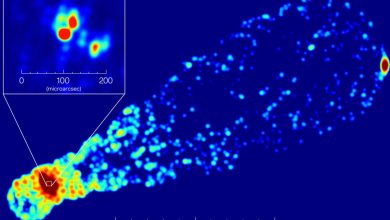 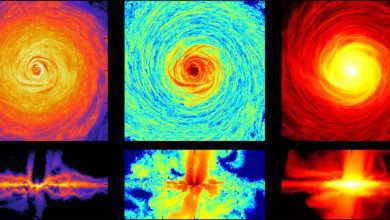 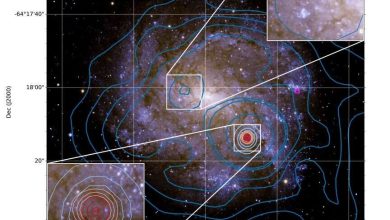 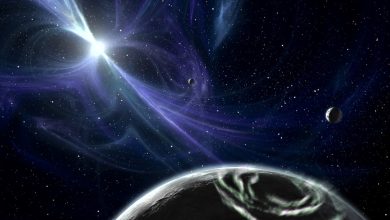