(ORDO NEWS) — Researchers have discovered a mound with a “ship burial” in the south of Norway.

In 2018, archaeologists explored the Hellestad archaeological site in Norway with ground penetrating radar. As a result , it turned out that a huge Iron Age burial mound hides a Viking burial ship.

In total, 13 burial mounds were found in Gellestad, the age of the most ancient is about 1500 years. Moreover, the burial boat does not belong to the oldest finds: it was dated to the 9th century AD. Later, longhouses, traditional for the culture of the Vikings, were excavated nearby.

Immediately there was an assumption that these houses served as halls for feasts, and the place itself, which we now call Gellestad, was an elite cemetery – after all, not all Vikings were buried in boats. But it seems that such a rite was more common than previously thought. 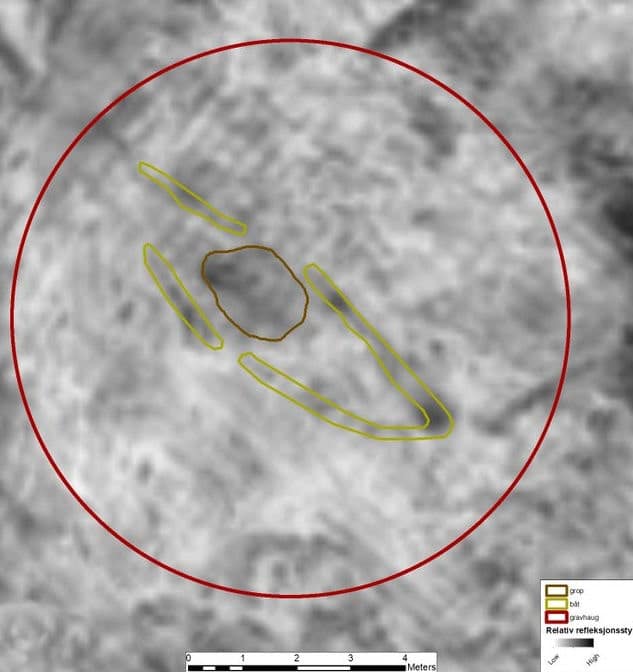 Specialists from the Norwegian Institute for the Study of Cultural Heritage decided to explore the land in the south of Norway using GPR, taking Gellestad as a starting point. When business comes to the aid of archaeologists (that is, it is necessary to carry out work before the construction, as in this case, of a new road), things move much faster.

As a result, archaeologists discovered a new burial of a Viking ship in the territory of the Kvinesdal commune (southeast of the country). This is the first burial of its kind in the region. But earlier several burial mounds have already been found here.

Their research allowed us to speak about the place of mass graves of the Iron Age – a cemetery that was active approximately 1500-2000 years ago. That is, by the Viking Age, as previously thought, they were no longer buried there.

The length of the found boat is estimated at eight to nine meters; it could serve as a grave for one or more people.

Apparently, the boat was placed in a recess in the ground, and then a mound was poured over it. Prior to the actual excavations, it is impossible to determine how much the boat itself has survived and what kind of grave goods it could be.

I must say that scientists do not have a common opinion about ship burials. Some of them believe that only noble (and rich) people were honored with such a ceremony. Others suggest that the burial in the boat is a symbol of leaving for Valhalla, that is, only warriors who died with weapons in their hands were buried in this way.

The problem is that there are practically no written sources that could explain this practice. The Elder and Younger Eddas tell about the underworld of the Vikings.

We know that, according to their ideas, warriors who fell in battle or died of wounds ended up in Valhalla, where they feasted in anticipation of Ragnarok. True, some were taken by Freya, the goddess of beauty and love. The epics are silent about what happened in her kingdom of Folkwang.

Those who drowned in the sea remained at the bottom, in the possessions of the giantess Ran, and most of the dead went to the goddess Hel, to the foggy and cold Helheim. There were those who died of old age or illness, who got cold feet in battle – in general, everyone who did not die as a warrior, and almost all women (some were also taken by Freya).

That is, we know where one of the Vikings went after death, but there is nothing about funeral rites in the epics. As a result, the only modern Viking source that tells about the burial in the boat remains the description of Ahmad ibn Fadlan , an Arab traveler and writer who lived in the 10th century. 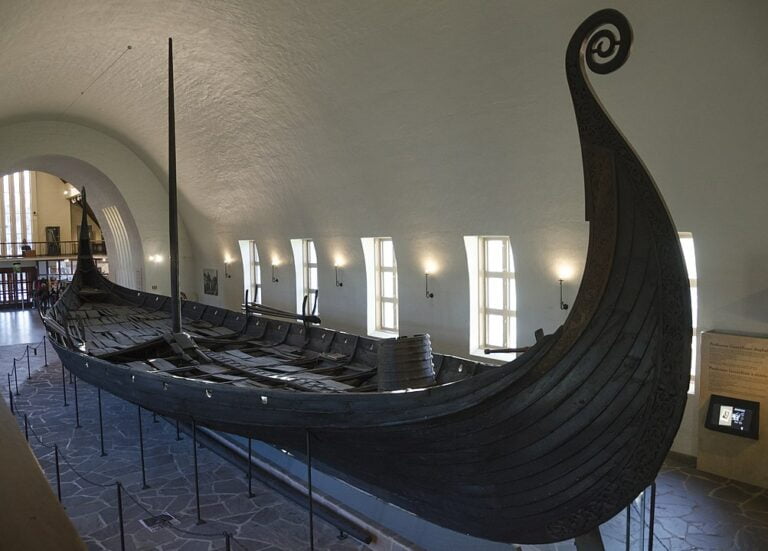 In the absence of written sources, scientists have to rely only on archaeological finds. With the help of ground penetrating radars, their number is constantly growing. What can be said today?

It can be reliably stated that there were two types of rituals associated with the funeral boat. In one case, the bodies of dead people were placed on board, in the other, the ashes of those who had previously been burned.

A number of graves are rich in grave goods, but examples are known where the entire inventory is military equipment.

Norwegian scientists say that an interdisciplinary project to study the bowels to identify historical artifacts will continue. If as a result of the study it is possible to obtain new knowledge, this may contribute to the formation of a methodological basis for studying such cases when there are few written sources.