(ORDO NEWS) — The ‘Oumuamua interstellar object has fascinated and puzzled astronomers since it was first discovered on October 9, 2017, and now some scientists are eager to take a closer look at it.

They believe that studying an interstellar guest at close range could forever change our understanding of the universe, and we should take advantage of this tempting opportunity, since objects like ‘Oumuamua are extremely rare.

That’s why a team of researchers from the UK-based non-profit Interstellar Exploration Initiative is proposing a “Project Lear” to catch up and study an unusual interstellar object. To do this, a spacecraft must be launched in 2028, which will circle the Earth twice, then Venus and, finally, Jupiter in order to gain sufficient speed and eventually “sit on the tail” of ‘Oumuamua. The flight, according to scientists, will take 26 years – an extremely risky and ambitious task that can bring incredible scientific results.

In an attempt to explain the nature of the almost 200-meter Oumuamua, scientists put forward a wide variety of hypotheses, some of which were very fantastic.

But to get a definitive answer, we must see the object with our own eyes. 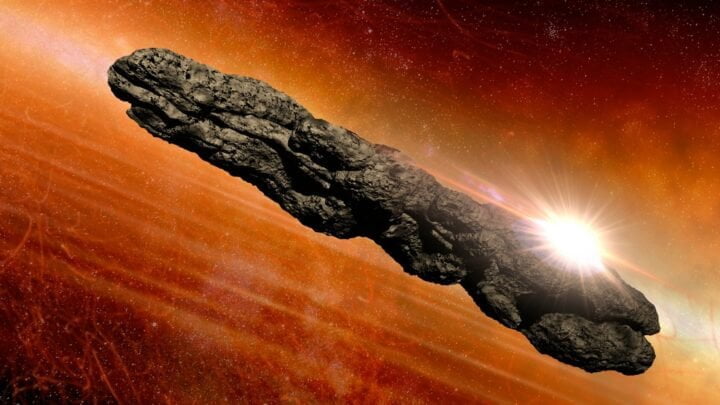 If we want to catch up with ‘Oumuamua and explore it at close range, then we need to start preparing for the mission now. This would be a very important study, since cigar-shaped rocks like ‘Oumuamua are unique even among other interstellar objects that do not often visit us.

“We know that such a mission [Project Lear] is at least feasible,” said study co-author Adam Hibberd, who develops software for Project Lear. “Scientific payoffs can be enormous and could fundamentally change our understanding of our place in the universe.”

NASA has previously funded scientists who will send nanosatellites to ‘Oumuamua .