(ORDO NEWS) — Here is a very unusual supernova remnant W49B, which is located at a distance of about 26,000 light-years from Earth. This remnant may harbor one of the Milky Way ‘s youngest black holes.

Supernova explosions, during which massive stars explode, are usually fairly symmetrical formations, since the stellar material is scattered more or less uniformly in all directions. However, in the case of W49B, material near the poles was ejected at a much higher rate than material near the equator.

By monitoring the distribution and abundance of the various elements that make up the “stellar debris”, astronomers have found that iron is contained in only half of the remains, while other elements, such as sulfur and silicon, were everywhere. This indicates the asymmetry and atypicality of the star’s explosion.

The search for a gravitational “monster”

Usually, massive stars that explode in supernovae leave behind an extremely dense spinning core called a neutron star. These objects, hiding behind dense clouds of gas and dust, are identified by scientists by fixing X-rays or radio pulses.

A thorough search by NASA‘s Chandra space observatory turned up no evidence of a neutron star, suggesting that an even more exotic object, a black hole, formed during the explosion. This fact confirms the asymmetry mentioned above. 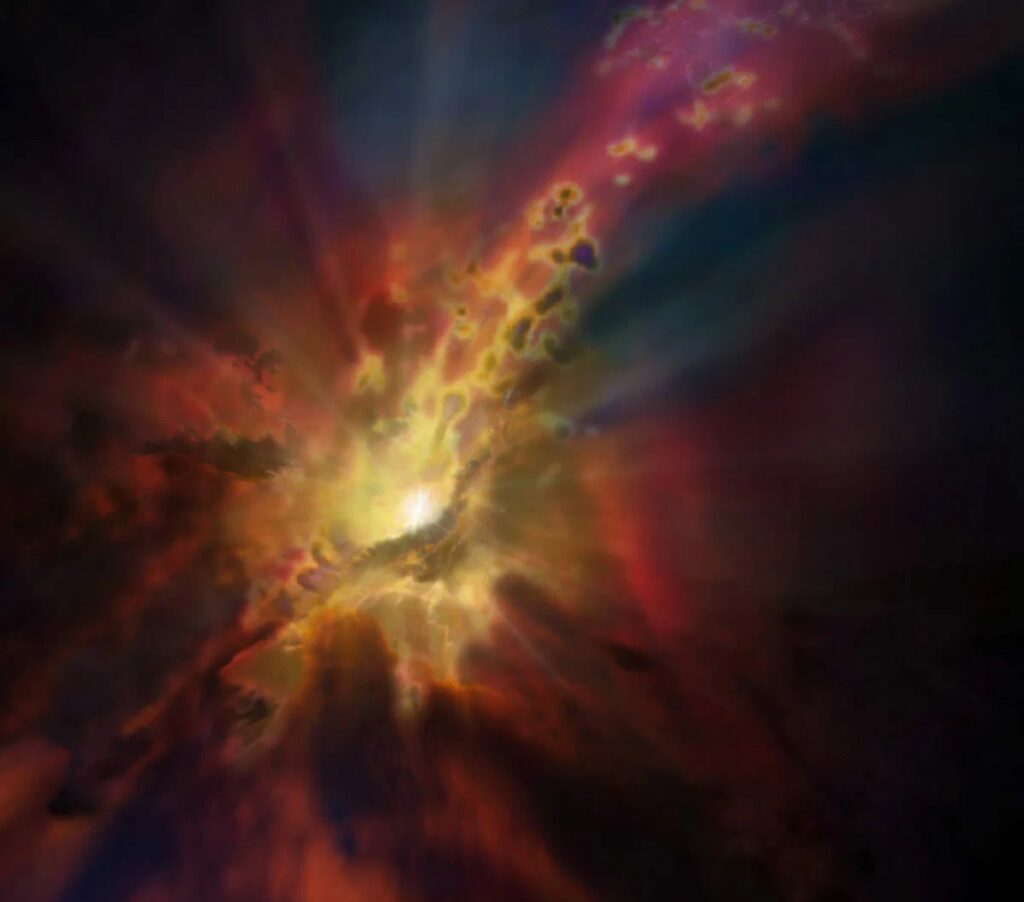