US, WASHINGTON (ORDO NEWS) — Jet engines of modern airplanes and rockets burn fuel and throw it out with a powerful jet, the impulse of which pushes the device forward. However, Jau Tang and his colleagues from Wuhan University in China have demonstrated that fuel can be dispensed with using a jet of compressed plasma obtained directly from air.

The current prototype of such an engine is presented in a new article published in the journal AIP Advances . The system pumps and compresses air using a powerful compressor, after which it is ionized using microwaves. Charged plasma particles are accelerated by an electric field and are used to create a jet stream – approximately the same as it has already been implemented in the ion engines of some space probes.

It is worth noting that the existing ion engines differ in tiny fuel consumption and a very long time, but they are not capable of creating great thrust, therefore they are not used for flights in the Earth’s atmosphere. In contrast, the jet of the new prototype demonstrated by the Tan team successfully lifted a kilogram steel ball into the air using only electrical energy. 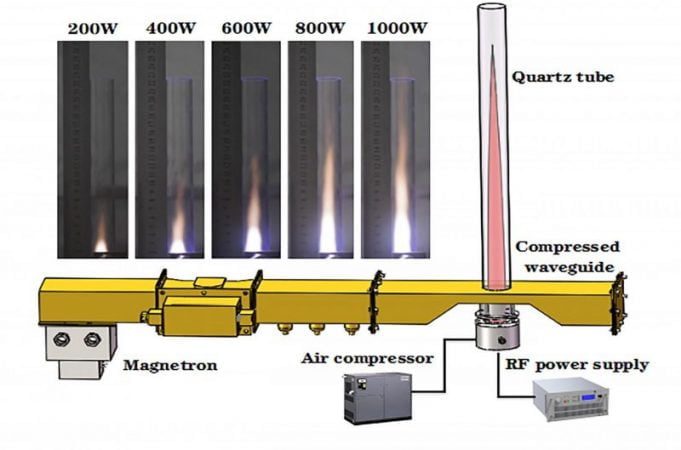 The authors note that, in terms of its own mass, the thrust created by the prototype is comparable to conventional jet engines. This gives us hope that after some time we will be able to use low-noise and “environmentally friendly” electric aircraft, not only with screw, but also with jet thrust.

Air transport plays a prominent role in air pollution with excess amounts of carbon dioxide. According to reports, air travel (excluding military aviation) is responsible for 2.5 percent of all CO 2 emissions . “Fossil fuels are not used in our scheme,” Professor Tan emphasizes , “and therefore, no carbon dioxide emissions are produced that could create a greenhouse effect and contribute to global warming.”