This ferocious predator is a recently identified species of prehistoric ant known as Ceratomyrmex ellenbergeri, and this is the first time we’ve seen the hell ant actively feed, according to scientists. Its food is an extinct relative of the cockroach.

Ants are one of the most diverse creatures on planet Earth. To date, scientists have identified over 12,500 different species, and they think there are 10,000 or so more just waiting to be found underfoot.

Yet of all the ants that thrive today, none are quite the same as the one that scientists have found in the amber deposits of Myanmar, Canada and France.

In fact, the mouthparts of these hellish ants are unlike the mouthparts of nearly all insects living today. This newly identified hell ant used its lower jaw to nail its prey to the horn-like blade at the top.

Unlike these ancient insects, modern ants and nearly all other living hexapods have mandibles that move only along a horizontal axis. 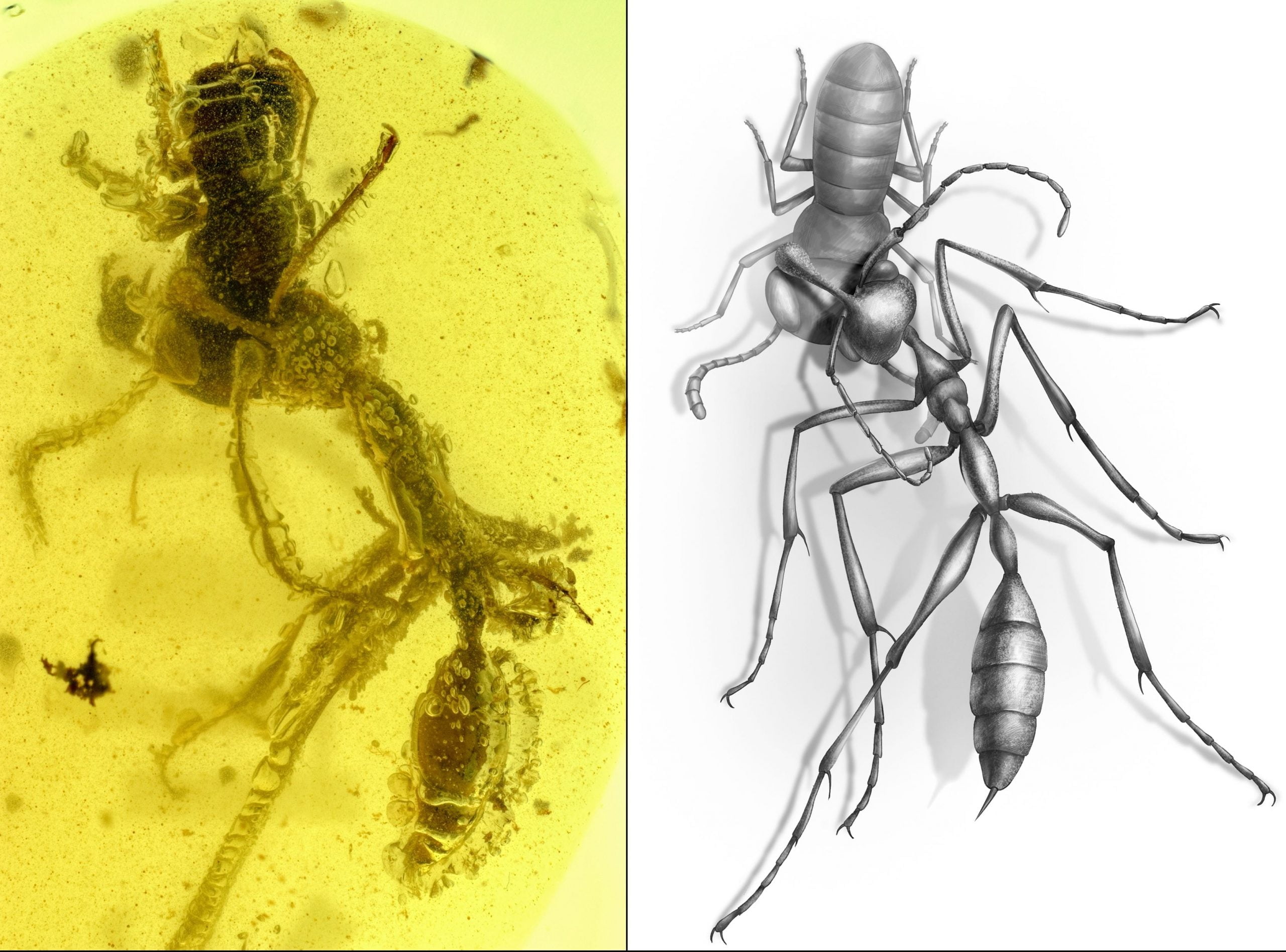 Why hell ants became extinct after nearly 20 million years of existence is still unknown, but perhaps this is due to their particular predatory behavior.