(ORDO NEWS) — A resident of the British city of Cardiff believes that pregnancy saved her life. She told her story to the Daily Mail.

At the 21st week of pregnancy, 27-year-old Jade Palmer began to suffer from frequent migraines. During one of the prenatal examinations, she reported this to doctors. Since the headache did not stop, they recommended initiating labor at 38 weeks of gestation.

On the tomogram made before delivery, doctors noticed a seal in the salivary gland. Further examination revealed that Palmer has a rare form of salivary gland cancer. The tumor was found at an early stage and removed in time.

“Migraine was not related to cancer,” the woman says. – It was a pure coincidence that I needed a tomography. If we had not decided to have a baby at that very moment, we would have found cancer too late, and that would have been a completely different story. From my point of view, pregnancy saved my life.”

In 2019, a British woman was reported who took the ovarian cancer tumor for pregnancy. The woman suffered from infertility, but dreamed of children and decided that she still managed to get pregnant.

How can you destroy an asteroid

How can you destroy an asteroid 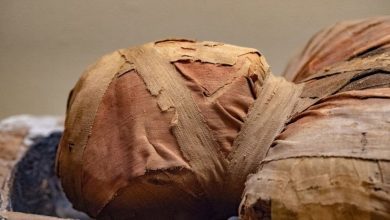