(ORDO NEWS) — Until recently, human behavior was considered an unpredictable exception in a universe that Galileo, Kepler, Newton, and Einstein claimed was order. At least that was the point of view of eminent professors of psychology, psychiatry and other disciplines.

Man has discovered most of the laws that govern his physical environment. He learned to walk on the moon, split the atom and understand at least part of the genetic code. He designed and built machines, complex devices, structures and electromechanical systems for every conceivable purpose. He can predict their behavior with great accuracy.

Only one large area, at least for the majority of mankind, remains a confusing mystery. Human behavior and experience at the individual, group or general level seem to be subject to random factors.

While many people have been successfully influenced by education, psychotherapy, advertising, and the media, interpersonal relationships seem frustratingly unpredictable.

Why do men, women or children who have openly declared that they love each other suddenly start to “fight”? Why do people get along with those whom they obviously hate and to whom they have no obligations?

Why do some people, striving to be on time, always late, while others, seemingly without trying, arrive exactly at the appointed hour? Some individuals in search of companionship remain single, while others, grumbling at their spouses or partners, remain married or in a relationship.

Despite all the significant technological progress, man remains in the Early Middle Ages when it comes to understanding his own natural resources – in human terms: his thoughts, feelings, words and actions. Formal education, as experience shows, is obviously not enough to gain such an understanding.

With the advent of the research of Joel Marie Teutsch and Champion Kurt Teutsch, Ph.D. in physics and psychology, human physics, genetics and spiritual law have been combined. They proved that human behavior and experience are predictable and therefore can be modified for good. At the end of the 60s of the last century, they developed the highly accurate Toychey IDEAL method, which provided answers to these questions. The method got this name not because the authors wanted to show its ideality, although it really is. This is an abbreviation of English words:

The Toychi discovered that any individual, individually or collectively, is the upper stage of a human multi-stage rocket that is launched into its precise orbit before birth.

The trajectory that is calculated for a rocket in ballistic centers, in the case of the direction of human life, is formed due to the genetic code.

The genetic code is the totality of the experience of human ancestors in 3-4 generations. Information about it is stored in DNA, along with biological heredity and an individual’s interpretation of himself and others.

It turns out that since the genetic code is contained in the same structures as the biological code, it is true that the general life pattern of a person is predetermined.

A person, like a programmed rocket, obeys and flies along the intended trajectory, which is embedded in the nucleus of his cell in advance.

The conscious level of our existence (directly the flight of the rocket itself) is similar to the active stage of the flight of a space mission. It contains only a small part of the knowledge – within our immediate awareness.

The subconscious mind, on the other hand, can be likened to a multi-year stage in the design of a space mission: building a rocket, choosing a mission for a flight operation, preparing all the executing elements.

It is there that the entire genetic code is stored that determines your flight mission – BID – the basic internal direction with which you move in the orbit of your life without even realizing it.

The mind, just like the rocket that took off from the cosmodrome, is a transmitter and receiver of electrical radiation, or thought waves.

The mind, just like the rocket that took off from the cosmodrome, is a transmitter and receiver of electrical radiation, or thought waves.

Thus, it can be established that our past, including the genetic one, is constantly with us, and it is constantly being modified by the conscious level in order to reproduce our future in reality.

All factors in the environment contribute to the fulfillment of the BID. If it is destructive, there may be incidents. If a positive BID is set, all factors also contribute to its execution, implementation. The internal direction brings all external factors into play.

You may have a question: since you can change the BID to a constructive one, at your own request, why is it so difficult for a person to do this? There are several points here.

First, let’s call it a time window. In order to send a rocket, let’s say to the same Mars, it is necessary to get to the period when the Earth and Mars are at the shortest distance from each other. Translating into human language, the strongest point of the relevance of the situation is needed.

And it accumulates from generation to generation, passing from desire to directive direction. A certain task must be so urgent for the individual that not solving it is already unbearable. But you and I are rockets with a whole set of tasks, and not one main task.

And we are launched once, which means that it is impossible to accurately hit several planets simultaneously or sequentially, we will fly only those points (of life tasks) that will have the shortest distance from our original trajectory – the strongest relevance in our life. Secondly, each rocket has a control system that correlates the current flight path with the intended one. As soon as the rocket leaves the old trajectory for some reason, the system starts signaling an error or deviation in accordance with the old program.

That is, when you try to get off the old trajectory, the unconscious starts screaming that you have turned off the intended path. It perceives this as a threat, even if objectively you are striving to establish a constructive pattern that will definitely lead you to success in the right area.

Thirdly, the trajectory of the rocket (the direction of life) can be changed until the very last second before launch (or birth), after launch, this requires a different kind of mechanisms.

When the rocket took off, the correction is due to its own engines, but there are restrictions on fuel and energy. That is, a person has the opportunity to turn his life over by conscious efforts, but we are limited by the fact that we are already flying along the old trajectory.

The classical physical law of the difference of vectors works here. Where V1 is the intended trajectory and V0 is the actual trajectory.

The greater the difference between your habitual thought pattern and the desired new pattern, the more effort is needed to establish a new one.

Engineers in this case use an additional engine that reaches, turns the rocket to the desired (new) trajectory. In a person’s life, such an engine becomes a psychogenetic specialist who is able to identify the old non-constructive trajectory leading to failures, outline a new one and bring the very moment of change into execution.

All this confirms the fact that not only the predictability of human behavior, but also the possibility of its change, in accordance with the same laws that govern rocket technology, the orbits of planets moving around stars.

First, it is necessary to identify this orientation and the state of the environment in which we live. The same is true in rocket flight: the better we know the atmosphere, the easier it is to predict disturbances that may arise during the flight.

From the point of view of physics, it is impossible to fly with one step to space, so you need 2 or more steps – this is the same genetic code that helped us take off from Earth.

But now, in order to fly to the true orbit, we need to throw back the spent stages one by one, that is, get rid of the old patterns, and only then will we be able to fly to the intended goal. Based on physical, genetic and spiritual laws, it is necessary to take into account all these factors. It is common in psychology that a counselor does not give advice or tell you what to do: you are supposed to figure it out yourself.

However, according to Toychey, this is not quite the right approach. The consultant has no right to allow a person to guess something himself, because his client is not such a great specialist to see the manifestations of the laws of consciousness.

Figuratively speaking, the rocket does not fly by itself, but always checks with the station, requests recommendations and instructions for action. 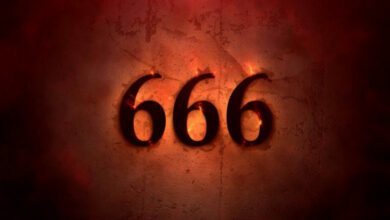