(ORDO NEWS) — Nearby galaxies and their black holes could hold the answers to the existential questions that remain unanswered about the beginning of the universe.

A black hole within a nearby galaxy called Tol 0440-381 shines about one million times brighter than the sun, researchers from the University of Iowa found in a new study. This object suggests that powerful black holes could have played a major role in cosmic evolution, the team asserts in this work.

These earliest stars were behemoths, about 30 to 300 times as massive as our sun and millions of times as bright, according to NASA’s Goddard Space Flight Center. These powerful stellar furnaces burned for only a few million years before exploding as supernovae.

While their lives were short and extreme, these earliest stars had a tremendous impact on our modern universe. The high-energy explosions released tremendous energy into space; energy powerful enough to split hydrogen atoms into electrons and protons, establishing a new period in the universe’s history: the Epoch of Reionization, which arose with the universe’s first stars and galaxies and lasted until about one billion years after the Big Bang. 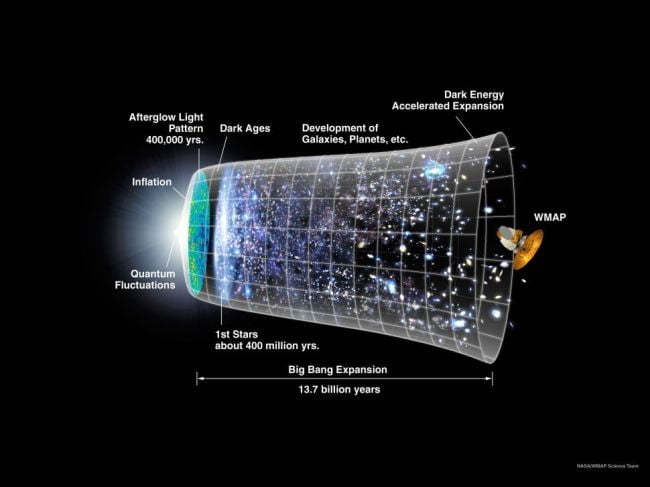 The powerful light these stars emitted and their frequent transformation into black holes after going supernova likely played a huge role in shaping the future galaxies that would soon populate the universe.

The details of exactly how this all happened is still unclear, however. The James Webb Space Telescope is arriving at its final home in space today (Jan. 24), and scientists aim to use its next-generation instruments to help answer such questions about the universe’s adolescence. In the meantime, however, these researchers are working on this question by studying nearby galaxies with instruments already in full working order.

Using data collected by NASA’s Chandra X-Ray Observatory in February 2021, the team identified the powerful black hole within Tol 0440-381 and found similarities to the early stars that powered the Epoch of Reionization.

“The implication is that outflows from black holes may be important to enable escape of the ultraviolet radiation from galaxies that reionized the intergalactic medium,” study author Phil Kaaret, professor and chair in the Department of Physics and Astronomy at the University of Iowa, said in a statement about the new work.

Largest image of the Universe obtained

Largest image of the Universe obtained