US, WASHINGTON (ORDO NEWS) — Eyewitnesses in social networks report a massive fire and heavy smoke in northwest Berlin, a video with puffs of black smoke spreading from a block of high-rise buildings in the Hohenschoenhausen area is posted on many Facebook and Twitter accounts.

In the morning, the Berlin fire service reported on Twitter that a fire had begun on one of the roofs of a high-rise building in the Hohenschoenhausen area, with almost 70 firefighters working on the spot.

A little later, the service clarified that we are talking about the fire on the roofs of five buildings next to each other, the fire area is about 1200 square meters.

There were no injuries, 120 people work on the spot. One firefighter was taken to hospital with minor injuries.

What's going on in Berlin? pic.twitter.com/Q0CmMlinbZ

Eyewitnesses report that a large black cloud of smoke is visible at a distance of many kilometers from the scene of the fire. About the wounded and the dead are not reported. 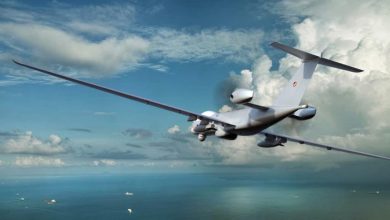 Super-heavy percussion Eurodrone presented at the exhibition in Berlin