(ORDO NEWS) — The new hypothesis argues that the decline of the Polynesian colony on Easter Island was predetermined by geography.

We do not know exactly when the Polynesians first reached the shores of the island, on which an expedition of the Dutch West India Company under the command of Jacob Roggeven arrived on Easter Sunday in 1722 .

The hypothesis generally accepted today assumes that Rapa Nui was settled around 900, but there are versions of an earlier colonization – around 300-400 years. And this is not the only controversy regarding Easter Island: it is easier to say which issues on it are considered finally resolved.

For many years, historians and archaeologists have debated what led to the decline of Polynesian society at Rapa Nui. There are several main hypotheses. According to the first, the Rapanui are themselves to blame: they cut down all the trees on the island, possibly to create their own moai . That is, they independently depleted resources and led the island to ecological collapse.

The second hypothesis claims that Europeans are to blame for bringing illness and conflict to Easter Island. Last year, a work came out in which climate change was designated as extreme, as is fashionable lately. Be that as it may, one thing is clear: the Polynesians on Rapa Nui never reached the level of agricultural productivity that was observed in the archipelago, inhabited at about the same time, – Hawaii. 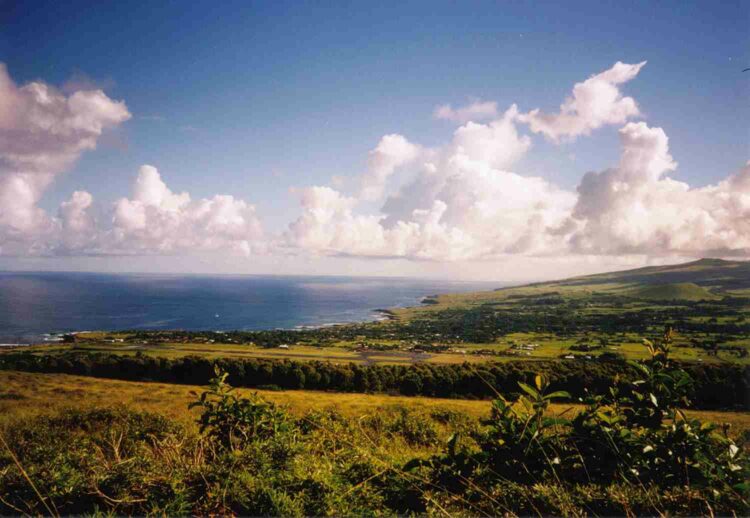 A group of scientists led by Oliver Chadwick, a soil scientist at the University of California, Santa Barbara, USA, approached the issue from a different angle. They presented the results of their research at the traditional meeting of the American Geophysical Union (AGU).

They suggest that the main problem of Rapa Nui is not people and their activities (both Polynesians and Europeans), not climate change, but the small size and isolation of the island. According to Chadwick’s group, by the time the Polynesians arrived, Rapa Nui’s soils were probably already less fertile than those in Hawaii. Rapa Nui, like the Hawaiian Islands, is of volcanic origin. Moreover, its soil is much poorer than Hawaiian.

According to American researchers, a new analysis of the samples showed that Rapa Nui also lacks traces of some rare earth minerals that are not naturally found in volcanic rocks. But samples from Hawaii contain these minerals. According to scientists, they came to Hawaii thanks to continental dust brought in from Asia.

And Rapa Nui is too far in the ocean (more than 3,500 kilometers to the mainland of South America). And Asian dust, which the authors of the work consider an important fertilizer for soils on volcanic islands, simply does not reach there.

Researchers found that by the time people arrived at Rapa Nui, torrential rains had already washed out many nutrients from the soil, but there were no new ones. At the same time, it is known that the trees on the island originally grew.

Perhaps the Polynesians underestimated the impoverishment of the soil and slightly overdid it with economic activities and deforestation, and realized late. The fact that they nevertheless “caught on” is evidenced by another moment from the work of Chadwick’s group.

The Polynesians who settled in Hawaii at least 1,000 years ago found rich soil near active volcanoes where they could easily grow crops such as taro and sweet potatoes. Hawaiian society flourished. However, when the Polynesians reached Rapa Nui around the same time, things turned out differently.

The soils on the island were poor, and at some point the inhabitants realized this: they began to lay rock gardens – tracts of land with heaps of volcanic rock. The porous rocks extracted from long-extinct volcanoes on the island helped the soil retain moisture. 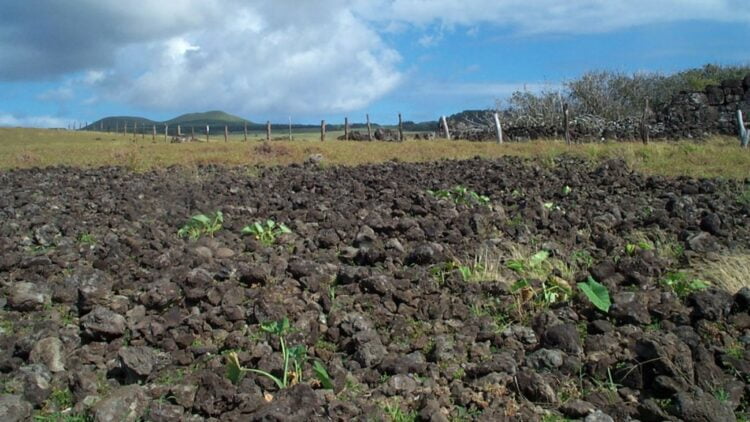 But Chadwick suggests that the stones were placed on the fields for more than that. Scientists have discovered some interesting isotopes present in stone gardens, but not in the surrounding soil. These isotopes of phosphorus (an important soil nutrient) were chemically similar to those found in ancient agricultural sites in Hawaii.

The inhabitants of Rapa Nui may have broken volcanic rocks and transferred them to these gardens to serve as a kind of fertilizer. This hypothesis supports the idea that the people of Rapa Nui found a way to get the most out of their environment for a time.

It should be noted that a number of other Polynesian islands, such as Tuamotu, are as distant from the continents for thousands of kilometers as Easter Island. Many of them are coral atolls, which means they are even poorer in nutrients than an island of volcanic origin.

Despite this, the islands inhabited by the Polynesians normally retain both woody vegetation and a fairly high yield of sweet potatoes. Apparently, a full-fledged explanation of the crisis in Rapanui society may be somewhat more complicated than the one described above.