(ORDO NEWS) — The new official car for the pope was created on the basis of a fuel cell sedan. Pope Francis received a new “Popemobile”. For the pontiff, an environmentally friendly transport based on the Toyota Mirai hydrogen sedan was prepared.

In 2020, the extensive vehicle fleet of the head of the Catholic Church, which includes many vehicles of various brands and models, has been replenished with a new eco-friendly vehicle. We are talking about a hydrogen sedan Toyota Mirai, which was adapted for the needs of the pontiff. 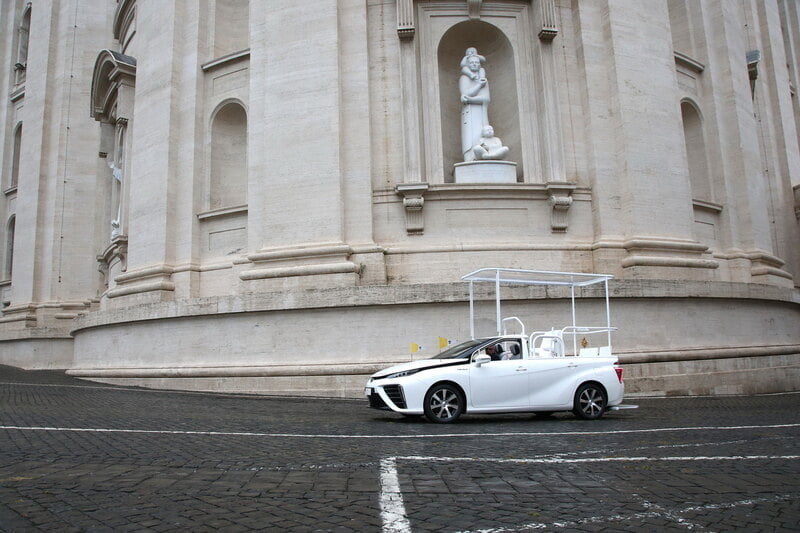 The car, painted in ivory, traditional for vehicles of the official Vatican, received flagpoles on the front fenders and a seriously redesigned body. The standard roof has been removed, replacing it with a roll cage, to which a light transparent roof panel is mounted and LED lighting is mounted.

Instead of the back sofa, a separate chair is provided on which the pontiff is located – a folding ladder with handrails has been created to access the place. For the protection of Franciska, a special step is provided, which is located under the rear bumper of the car, on which bodyguards are located while driving. 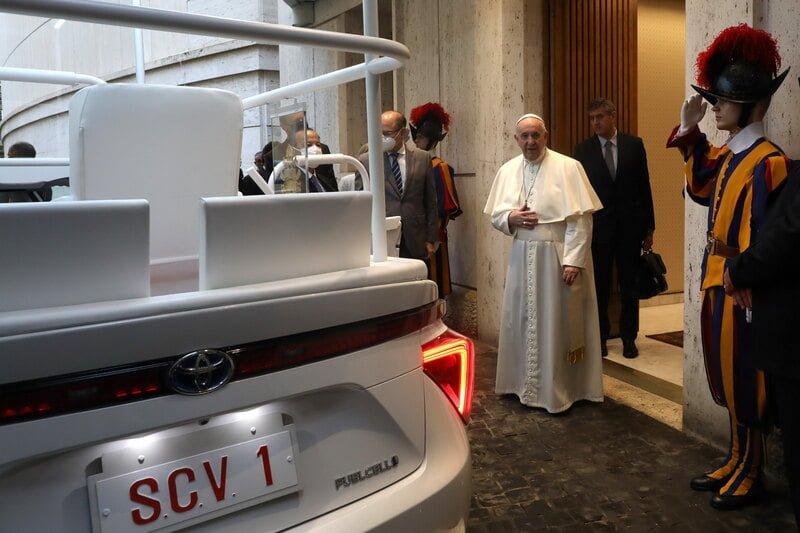 For the first time, the Toyota Mirai for the Pope was presented in November 2019 during the official visit of the Pope to Japan for the Conference of Catholic Bishops of Japan (CBCJ). After the pontiff used the car on his trip abroad, a second copy of the hydrogen “papamobile” was made, which was delivered to Europe – the sedan was handed over to Francis at a special ceremony at the Pope’s residence in the Vatican. Who was involved in the creation of the “papamobil” is not reported. 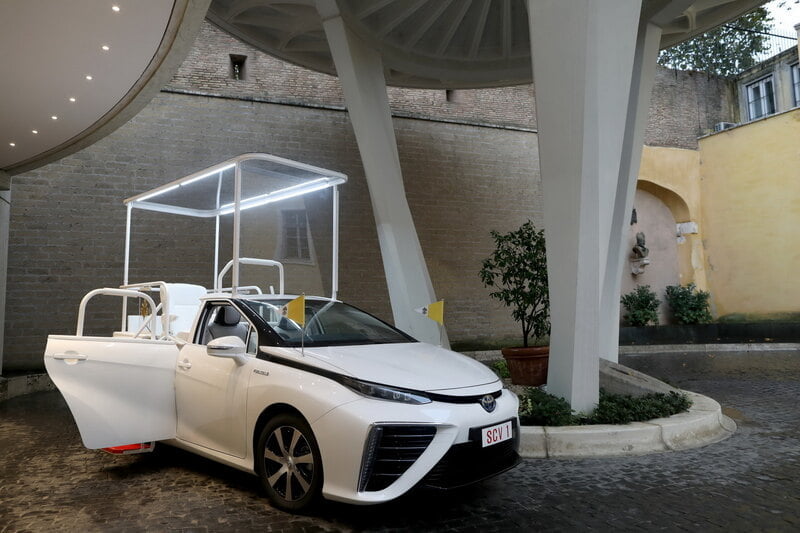 Recall that in the fall of 2019, a “papamobil” was shown based on the budget crossover Dacia Duster – a model known in Russia under the name Renault Duster.

Coronavirus can cause diabetes in healthy people

The sixth mass extinction of animals is confirmed

Coronavirus can cause diabetes in healthy people

The sixth mass extinction of animals is confirmed