US, WASHINGTON (ORDO NEWS) — A very strange case that occurred with the Pollock twins proves once again that reincarnation exists, although many people do not believe in it.

Reincarnation is the rebirth of the soul in a new body. This concept is present in almost all Indian religions. In this case, a person can sometimes recall passages from his past lives. But scientists do not study this issue and consider all this nothing more than fiction.

The story of the Pollock twins began with the fact that in 1957 in England there lived an ordinary family with two daughters. They went to church regularly. Once they did not succeed in going to church and the girls went on their own with their neighbor. But he lost control and the car crashed into a tree at high speed, which caused the instant death of both the driver and children. Parents greatly grieved and asked God to send them a new child.

After the woman became pregnant, they were sure that they would have twin girls. The father also assured everyone that in this way their daughters would return to them again. 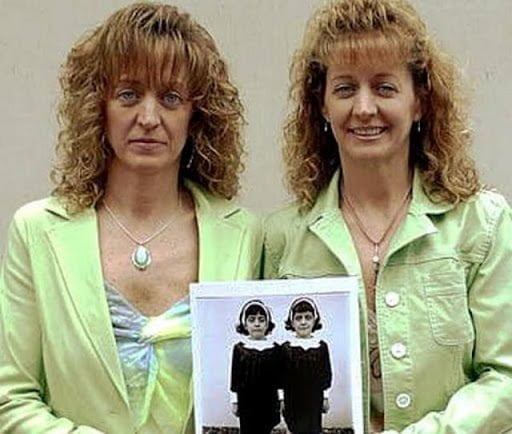 After the birth of the children, the parents noticed that one of the girls had a white line on her forehead that resembled the scar of her dead daughter. There was a mole on the foot in the same place. When the twins grew up, they began to talk about the places where the dead girls were and gave the dolls and toys the exact same names. Once their mother found the country playing.

One of the twins was lying on the lap of the second, and she said that they were hit by a car. A few months later, the children experienced hysteria due to the fact that they saw a car that had an engine running. They said a car would kill them.

This happened very often and the parents decided to turn to a paranormal specialist, Ian Stevenson. After a detailed study of the girls and constant monitoring of them, the doctor really admitted that this is a unique case of reincarnation, when the dead children were again born to their mother.