(ORDO NEWS) — The financial crisis of the Roman Republic in the 1st century BC turned out to be more serious than previously thought.

Scientists from the University of Warwick and Liverpool (Great Britain) analyzed the composition of Roman silver coins – denarii. For research, they took coins, the minting of which is reliably dated to the beginning of the 1st century BC.

The denarius was put into circulation in 268 BC and weighed four and a half grams. This weight did not change throughout the Republican period of Rome.

Initially, coins were minted from very pure silver, which made the denarius a very reliable currency. And this, in turn, ensured its wide distribution in the Mediterranean and, as a result, the strengthening of the economic influence of Rome. 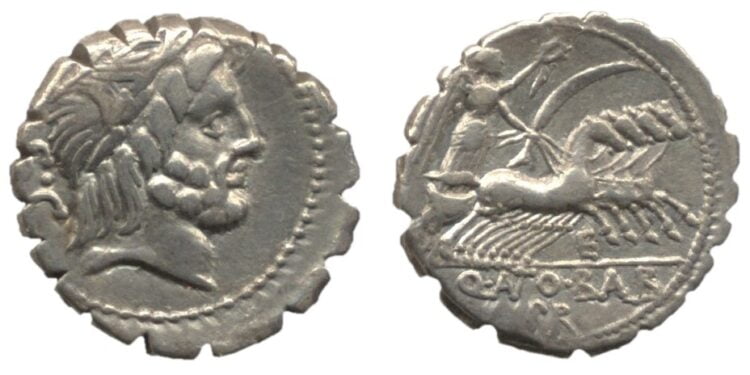 For a long time, historians believed that the first serious devaluation of the denarius occurred in the second half of the 3rd century AD, under the emperor Gallienus . At the same time, Cicero, in his treatise On Duties, mentioned a certain financial crisis of the 80s BC, when people “scattered coins so that no one could know what he had.”

These words do not describe the situation itself, but serve as a background to the story of how the people’s tribune Mark Marius Gratidian , having become praetor, issued an edict that stabilized money circulation.

The problem is that the text of the edict is unknown to us. Cicero does not dwell on the details: in this part of the treatise, he simply ridicules Gratidian, arguing that he declared himself the sole author of the collective work (published the edict only in his own name).

There are two hypotheses regarding the content of the edict. According to the first, Gratidian only established a constant exchange rate for denarii for smaller coins – asses. The second hypothesis speaks of the removal of a “spoiled” coin. Apparently, the second assumption is correct.

An analysis by British researchers – the first from Rome of this era – showed that coins minted before 90 BC were composed entirely of pure silver. Three years later, denarii already contain five percent copper. Five years later – 10 percent, and in some coins the purity of silver has dropped to 86 percent.

All this speaks of a serious currency crisis. In the period before the advent of high-precision scales, it was extremely difficult to reliably distinguish denarii with an admixture of copper from “pure” ones.

According to scientists, the Romans were accustomed to extremely pure silver, so they may well have lost confidence in the denarius when it ceased to be pure. The exact level of depreciation may have been less important to contemporaries than simply realizing that a coin was no longer quite silver.

What caused the crisis? As often happens, war. In 92 BC, Marcus Livius Drusus became the tribune of the people of Rome . He came from a very noble and respected family, enjoyed the support of both aristocrats and the plebs, which made it possible to put rather sharp questions before the Senate.

One of Drusus’ latest initiatives is the so-called solution of the Italian question. He proposed to give Roman citizenship to all the inhabitants of Italy.

The motives are not entirely clear: historians disagree here. Some believe that Drusus was simply looking for cheap popularity with the allies of Rome, others that he needed support for a long overdue judicial reform. 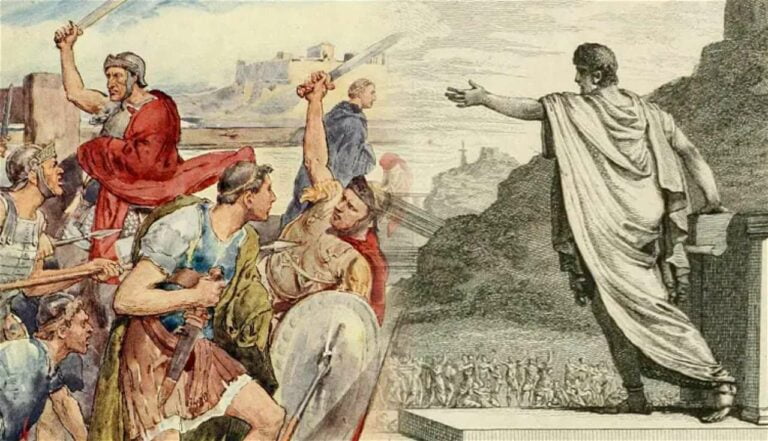 Drusus failed to carry out his reform: at first the Senate refused him, and at the end of 91 BC he was killed, the killer was not found. These events became the cause of the war, which was later called the Allied.

Italic tribes rebelled against Rome, fighting went on almost the entire peninsula. The military victory remained with Rome, although the Italians nevertheless received Roman citizenship (albeit in a greatly curtailed form).

It was this war that caused the most serious financial crisis in the republic. We do not know who exactly made the decision to devalue, but, judging by the hints of Cicero, the Romans took such a step almost like minting a counterfeit coin.

When Gratidian published his edict, the purity standard rose sharply, reversing the devaluation and returning the denarius to a high-quality currency. This made the policy extremely popular among the Romans.

In the following decades, the Romans avoided the devaluation of the denarius, until the state again faced huge expenses during the civil war between Pompey and Julius Caesar. But even then the Roman mint did not go as far as in the days before Gratidian’s edict.