(ORDO NEWS) — In 1775, a typhoon hit Pingelap Atoll in the Pacific Ocean, leaving only 20 people alive, including the king.

Hundreds of years later, this circumstance will become for the population the cause of complete color blindness in a significant part of the population.

Color blindness is a decrease in the ability to see colors or distinguish colors. According to the National Eye Institute, green-red color blindness affects about 8 percent of men and 0.5 percent of women of northern European origin.

However, on Pingelap Atoll, 10 percent of the population has an even rarer condition, achromatopsia, or total color blindness.

People with this disease cannot see any colors at all. They see everything only in black, white and gray, since they completely lack functional cones that perceive color.

In addition, people with complete achromatopsia may also experience high sensitivity to light, reduced visual acuity, and involuntary eye movements. This, in the Pingelap people, is an extremely rare condition. 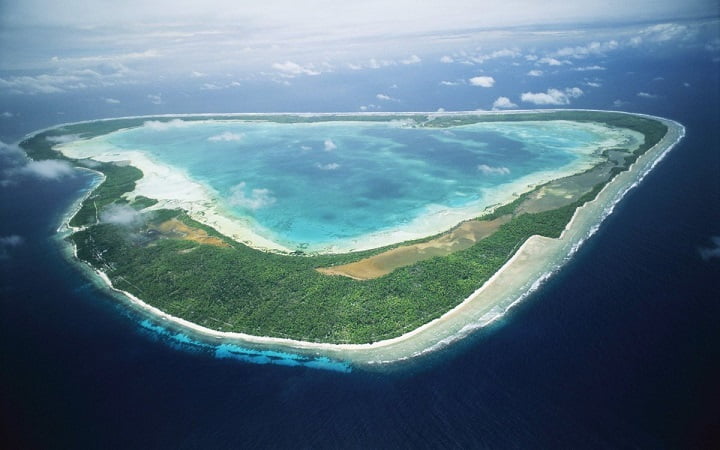 So, when the typhoon of 1775 wiped out almost the entire population of Pingelap, 19 islanders survived on the atoll with their king. This will eventually cause eye problems on the island, as it is likely that the king had a recessive gene that caused the condition.

“Two brothers survived after Typhoon Lengkieki. Semenukhwe had one child, while Mwahuele left seven children by three wives, one of whom married a cousin, Semenukhwe’s daughter,” according to an article published in the American Journal of Human Genetics.

“Most likely, the gene was present even before Typhoon Lengkieki, coming from an earlier mutation, and was accidentally transmitted through Mwahuele to a few of the few survivors.”

With so few people on the atoll, many crosses occurred and the gene became dominant in the population. At the moment, such a mutation is observed in 1 person out of 30,000 worldwide.