(ORDO NEWS) — Thin and flexible piezoelectric threads woven into ordinary fabric will make it possible to sew clothes that “hear”, even distinguishing the sound of the wearer’s heartbeat.

Engineers at the Massachusetts Institute of Technology (MIT) have developed a fabric that can serve as a sensitive microphone. By picking up the faint vibrations caused by acoustic vibrations, the material converts them into electrical signals, much like they do in our own ear.

Such a fabric will make it possible to create more advanced devices for the hearing impaired or just clothes that track the pulse. Scientists have already received and successfully tested a prototype of such a shirt.

In general, any tissue vibrates slightly under the action of acoustic waves, but these vibrations are extremely weak and quickly decay. To register them, Wei Yan and his colleagues created thin filaments of flexible piezoelectric material.

In such materials, the application of mechanical stress induces the accumulation of charge on the surface, as when a spark occurs in “push-button” lighters. These threads were woven with ordinary cotton threads and additionally reinforced with Twaron polymer. 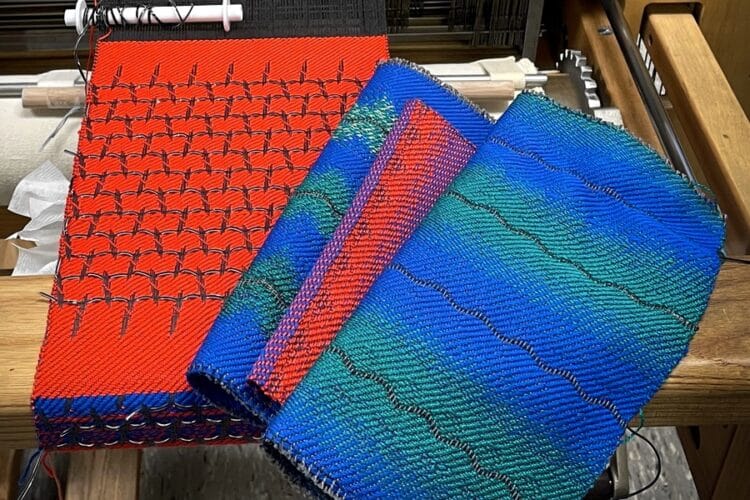 As scientists note, the human inner ear works in a similar way, registering sound. Acoustic vibrations cause the tympanic membrane to vibrate, the basis of which is also formed by a complex interweaving of threads – fibers of the elastic collagen protein.

In the same way, the researchers connected their artificial threads, obtaining miniature blocks that record sound. Even extremely weak vibrations create a charge in them that can be easily and accurately registered. 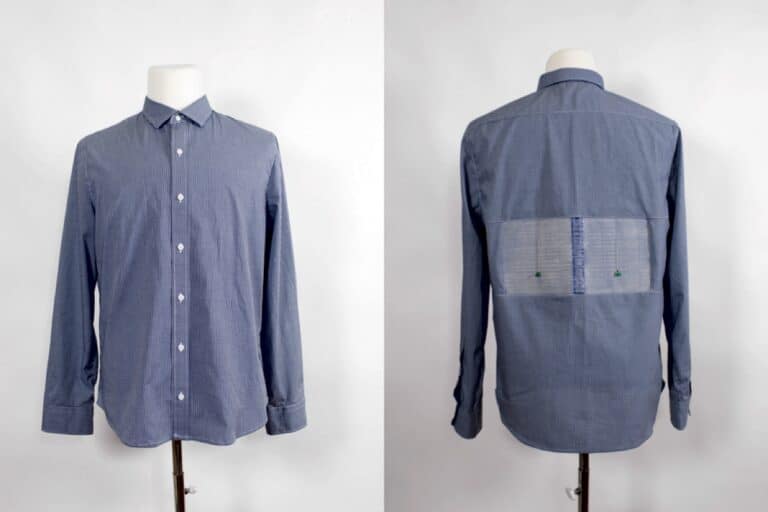 The authors of the work used these threads together with cotton fiber, and with the support of colleagues from the Rhode Island School of Design, they received a ready-made soft fabric – according to scientists, it came out heavier than ordinary cotton, but lighter than denim.

A couple of sections of it were sewn onto the back of the shirt and tested by clapping their hands at different distances. The fabric made it possible to accurately localize the sound source at distances up to three meters.

And if this thread was placed in the region of the left shoulder, it could even catch the carrier’s heartbeat, and with an accuracy sufficient to distinguish between the first and second tones (S1 and S2).

Finally, Wei Yan and his colleagues demonstrated that the same cloth could be used for the opposite effect, generating sound. Applying the right voltage to the piezoelectric filaments, they made it vibrate, reproducing pre-recorded speech like a speaker.

Scientists hope that these threads, woven with different types of fibers, will become the basis for a wide variety of “smart” materials with very useful properties.

For example, the coating of a spacecraft will be able to “hear” the smallest tremors caused by micrometer impacts, or notice sounds associated with the appearance of microcracks in the body.

About 1,000 mysterious filaments 100 light-years long have been discovered at the center of the Milky Way.

About 1,000 mysterious filaments 100 light-years long have been discovered at the center of the Milky Way.