(ORDO NEWS) — In the midst of a global health crisis, we all lack good news. But the reality is that today there are more disturbing news and they cannot be ignored. Some 30-40 years ago, our parents looked to the future with optimism and confidence, but you and I cannot afford this for a number of reasons, the first and most important of which is climate change.

Whether we like it or not, the world is on the verge of an ecological catastrophe – these are the words that the outstanding intellectual of our time, linguist Noam Chomsky, uttered in an interview with Vladimir Pozner. His words are confirmed by the new work of theoretical physicists, published in the journal Nature Scientific Reports, according to which the probability of death of human civilization as a result of deforestation is 90%.

Forests of the Earth

Well, it’s time to talk about the future of the planet. Physicists from the Alan Turing Institute in London and Tarapacki University in Chile have conducted a couple of statistical studies that concluded that rampant consumption is leading humanity to a “rapid catastrophic collapse” that could occur in the next two to four decades. Of course, this is a theoretical work that has a number of limitations – for example, the invariability of deforestation and the consumption of the planet’s resources, but its conclusions are worth listening to and here’s why.

Calculations have shown that while maintaining the current rate of population growth and consumption of resources, in particular forest resources, our civilization is only a few decades before irreversible collapse.

Gerardo Aquino and Mauro Bologna, authors of the scientific work.

It is difficult to disagree with the researchers – the density of the forest, or the current lack of such, is catastrophic. Wildfires in Brazil and Siberia, as we talked about earlier, have accelerated an already rapid and dangerous process of deforestation. Comparing the rate of deforestation with the rate of human consumption, Bologna and Aquino determined that even the most optimistic estimates there is a 90% chance that our species will disappear into oblivion within decades.

I note that in the past few decades, the discussion on climate change has acquired global significance, which has been reflected in national and global policies. As possible reasons for the observed changes, scientists consider a number of factors caused by human activity: water and air pollution (mainly the greenhouse effect) and deforestation are mentioned more often than others. While the extent of human contributions to the greenhouse effect and temperature change is still a matter of debate, deforestation is an indisputable fact.

Based on the current rates of resource consumption and the best estimate of technological growth, the results of the study show that if nothing changes in the coming years – we are talking about deforestation, fossil fuel extraction, pollution of the planet with plastic waste, etc. ten%. the most optimistic assessment is to survive without facing a catastrophic collapse, ”they wrote. While much attention was paid to how greenhouse gases contributed to the death of our species, Aquino focused mathematical models on the “hard fact” of human-induced deforestation.

I note that the purpose of this work is not to predict a terrible future (as you might think), but quite the opposite – the researchers wanted to understand what can be done to avoid self-destruction. Physicists relied on numerical simulations – diagrams and graphs. Moreover, the researchers introduced into the variables the notorious “Fermi paradox”, which refers to the theoretical discussion of the existence of extraterrestrial, intelligent civilizations. I wrote in more detail about whether we are alone in the Universe in this article. 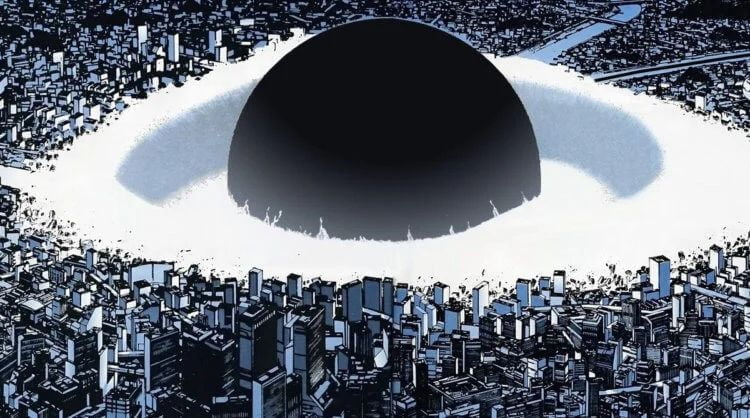 One aspect of this discourse is the idea that self-destruction caused by erratic exploitation of the environment may be the inevitability of intelligent life – and therefore a potential reason why we have not yet encountered our galactic neighbors. In order to avoid self-destruction, the alien society had to give priority to the “culture of consumption”, which the authors of the scientific work rightly consider unlikely, based on human experience.

The researchers note that even if intelligent life forms were common in the Universe, very few of them would be able to achieve sufficient technological level of development to populate their own solar system before collapsing due to excessive consumption of resources. It turns out that the answer to the question “where is everyone?” can be sad.

Where the megaliths of Stonehenge came from

First nest of killer hornets discovered and destroyed in the US

Where the megaliths of Stonehenge came from

First nest of killer hornets discovered and destroyed in the US