(ORDO NEWS) — The special theory of relativity proposed by Albert Einstein in 1905 has become a “curse” for space explorers, futurists and science fiction writers.

For anyone dreaming that our species will one day become interstellar, this theory is a barrier that stands in the way of a beautiful fantasy.

However, not all scientists were willing to put up with the fundamentals put forward by Einstein, and several theories have been proposed that involve travel at speeds faster than the speed of light.

The most popular example is a wormhole , which is a kind of structure connecting two points distant in space-time, which would allow people to realize interstellar travel as if exceeding the speed of light.

Recently, a group of scientists from the Ivy League (an association of eight private American universities) conducted a study that led them to the conclusion that wormholes may actually exist.

However, as the authors of the study said, the wormhole is always “with a catch” and does not offer a short path from point A to point B, but will guide travelers along a complex, intricate trajectory, which in fact turns out to be much longer than the “path through”.

Their study was the result of the work of a scientist from Harvard University, but first things first.

Let’s go back in time

Initially, the idea of ​​the existence of wormholes was proposed as a possible solution to the equations of Einstein’s General Theory of Relativity (GR).

Shortly after Einstein published general relativity in 1915, the German physicist Karl Schwarzschild found one of the solutions that predicted not only the existence of black holes , but also certain “corridors” connecting them to each other. 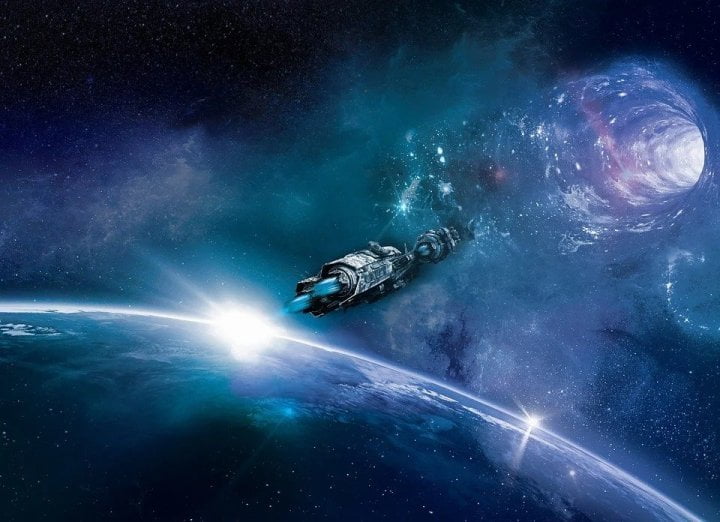 It seems to be great news and you can “dive into one black hole and fly out into another region of the Universe“, but the problem with this solution was that wormholes appear for a very short period of time and collapse faster than anyone could cross them.

However, the wormhole can be stabilized by using exotic matter endowed with negative energy … only now it exists only in theory.

In 2019, at a meeting of the US community of physics, he said the following:

“The prospect of moving through wormholes has attracted physicists for a long time.

I will describe my reflections, which will be fully consistent with the theory of gravity and will be compatible with the concept of radiation.

In my example, we do not need unknown exotic matter.

So my configuration includes direct communication between both ends of the wormhole.

In addition, I will explain how this is consistent with quantum information in gravity, with the information paradox of the black hole and talk about its connection with quantum teleportation.

Let’s go back a little

In order to make such high-profile claims, Daniel Jafferis studied in detail the work of Albert Einstein and Nathan Rosen in 1935, the work of Schwarzschild and many other scientists who have ever searched for solutions to general relativity.

They all assumed the existence of “bridges” between two distant points in space (Einstein-Rosen bridges or later “wormholes”) that would allow objects and matter to travel through the universe.

In 2013, physicists Leonard Susskind and Juan Maldacena used the foundations of these theories as the most appropriate solution for general relativity and the problem of “quantum entanglement”.

This theory, known in the world of physics as ER = EPR, suggests that wormholes are the reason that the state of elementary particles can “intertwine, entangle” with the state of the partner particle, and it doesn’t matter how many billions of light-years separate them.

Let’s go back to the meeting of physicists

Having done a great job, having studied many works of his colleagues, Daniel Jafferis developed his theory. He argues that wormholes exist, and they regularly pass the lightest particles (in other words, photons) through themselves. 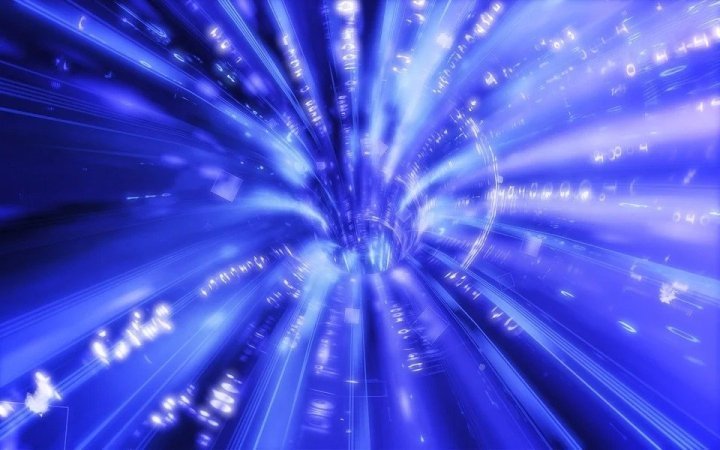 Scientists have found that it’s theoretically possible for light to pass through a wormhole, but it’s not quite the cosmic path we’ve all hoped for.

“We came to the conclusion that wormholes exist and they are quite stable, but only passing through these “corridors” takes significantly more time than moving in a straight line.

These objects are of no value for space travel,” Jafferis said at a meeting of the physics community.

Perhaps this is bad news for people who dreamed of interstellar and intergalactic travel, but the good news is that we have some new understanding of quantum mechanics.

“The real meaning of this work is that it is directly related to the black hole information problem, gravity and quantum mechanics,” said Jafferis.

The problem that the scientist is talking about is known in the world of science as the “black hole information paradox” over which astrophysicists have been struggling since 1975, when Stephen Hawking stated that black holes are endowed with temperature and slowly evaporate (later this phenomenon will be called Hawking radiation ).

The paradox is related to the fact that black holes are capable of storing any information and are not engaged in its destruction.

Any matter that accumulates in a black hole will shrink to the point of singularity, but the quantum state of the matter during the contraction will be preserved due to the time dilation effect.

Black holes are likely to lose mass and evaporate over time, which means that information will eventually be lost. By developing a theory that allows light to pass through a black hole, we would find a solution to this paradox. 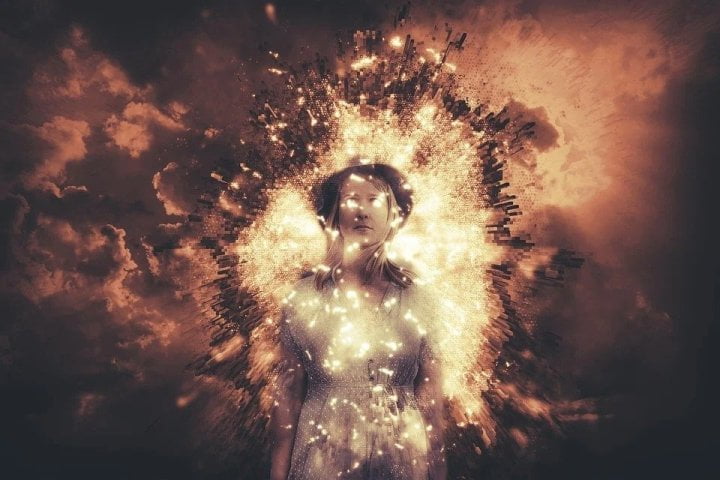 This unusual approach to several problems of modern physics at once

Jafferis and his colleagues were able to find a tangible connection between gravity and quantum mechanics. In other words, they took a step towards a meeting with the Theory of Everything.

Jafferis used quantum field theory to develop the idea of ​​wormholes and describe the possibility of black holes being traversable.

It was he who eliminated the need for exotic particles and some negative mass (in quantum gravity, this is simply not necessary).

“My research should shake the foundations of classical physics and make you look beyond the horizon of the visible world.

We will have to work hard in this direction, to revise gravity, quantum gravity, and even reformulate the postulates of quantum mechanics,” Jafferis said.

Yes, most likely it will not work to travel faster than the speed of light, but on the other hand, we may have new and deeper knowledge about the Universe.