(ORDO NEWS) — The other day, an international team of researchers made a big splash when Chinese state media reported that a radio telescope had detected “suspicious signals” coming from a distant star system that could indicate the presence of an extraterrestrial civilization in that region.

Using the 500m Aperture Spherical Telescope (FAST), a giant alien-hunting radio observatory in southwest China, a team of astrophysicists recorded narrow-band signals that a FAST employee not directly involved in the study described in an interview with Chinese media as “probable signals from an alien civilization.”

Not all project participants agree with this conclusion.

“The signals we have picked up so far are all [radio frequency] interference that is of terrestrial origin,” Dan Wertimer, a SETI researcher at the University of California at Berkeley and co-author of the preprint , told Futurism . about the latest study using FAST.

Wertimer likened the results to “a kind of down payment on our research to make sure everything works.” He noted that the preprint is only the introductory part of a large-scale study of the sky, which will take at least five years.

“RF interference is a big problem when studying distant signals,” he added.

“When you look for very weak signals from a [hypothetical] distant civilization, you are amazed at the pollution, the radio pollution of the Earth.

All this TV, cell phones and satellites… it gets worse and worse, and it’s hard to know what is causing interference and what could be a signal from a distant civilization.”

Although the signal was observed from Kepler-438 , a star system with Earth-like exoplanets in the habitable zone, there could also be a simple explanation for this.

“When you point a telescope at an exoplanet, such as one of these Kepler [Kepler-438] exoplanets, and you are sure that the telescope is looking at a specific object, the problem is that signals can enter the telescope from the side,” Wertimer explains.

“Despite the fact that the [FAST] telescope in China is located quite far from most major cities, there are still sources of interference that can come from the side.” 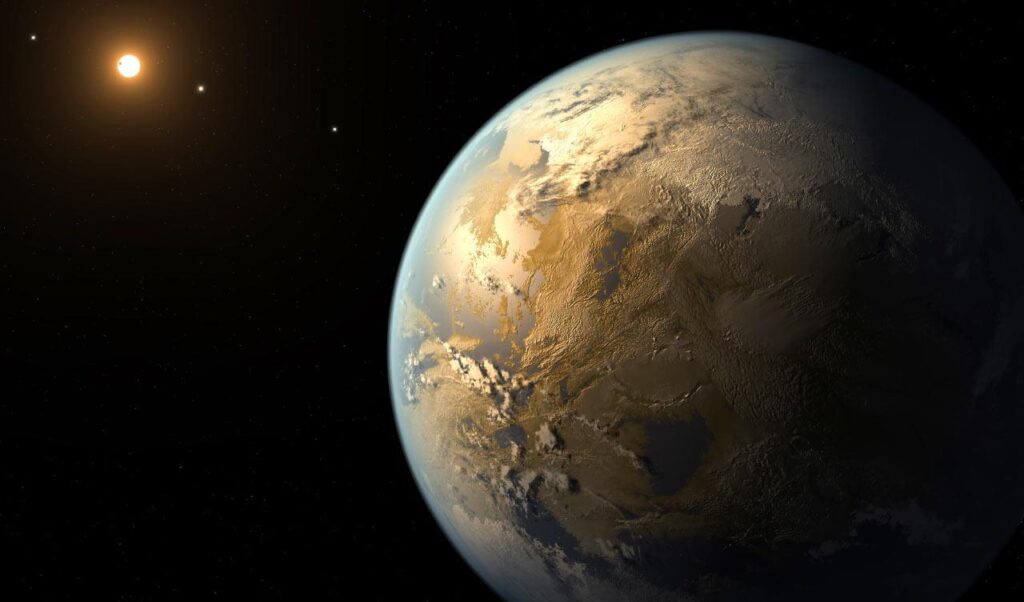 Why did some researchers rush to conclusions and considered the signals for the possible detection of an extraterrestrial civilization?

“One of the things about SETI is that we look at billions of different signals every second and then select the best ones,” Wertimer told Futurism.

“Unless you are used to looking at a billion things at once and looking for unusual things among them, then it can be difficult to interpret the data.

It [looking for something out of the ordinary] is like flipping a coin a billion times and seeing ten heads in a row, or even 20 heads in a row.”

“My guess is that they [some of the authors of the FAST study] are just not used to working at this pace, where the coin is flipped a billion times a second,” Weltimer added.

In other words, the participants in the study, who believe that narrow-band signals may indicate the activity of an extraterrestrial civilization, banally seized on the first unusual data that came across and rushed to rash conclusions.

Despite the speculation of some of the study participants, Weltimer still hopes that we are not alone in the universe.

“In fact, I am optimistic about life in the universe,” says the scientist. It would be strange if we were the only ones.

There are a trillion planets in the Milky Way galaxy, including small rocky liquid water planets like Earth.

And that’s just our Galaxy. There are billions of other galaxies out there, so I’m optimistic about the possibility of extraterrestrial intelligence.”

Aliens can already live among us

Aliens can already live among us