(ORDO NEWS) — Phobos is the largest of the two moons of Mars (the second Deimos), which is endowed with an irregular non-spherical shape and has dimensions of 27x22x18 kilometers.

Phobos rotates at a distance of about 6,000 kilometers from the parent planet, making three complete revolutions per day.

A notable feature of Phobos is the 9-kilometer Stickney crater (picture below), which appeared after a collision with a large enough object that almost destroyed the satellite. 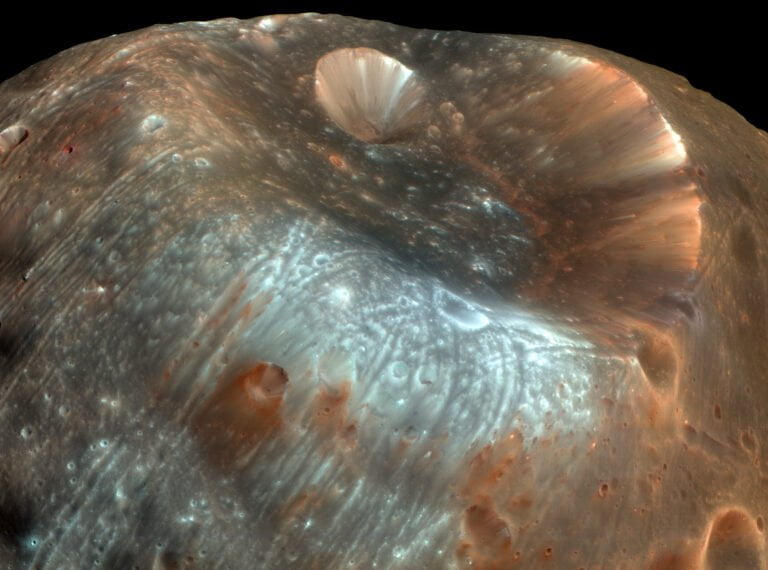 Phobos is one of those objects in the solar system that is doomed to self-destruction. The thing is that the satellite is approaching the Red Planet at a speed of 1.8 meters per century.

After 50 million years, according to the simulation results, Phobos will pass the Roche limit and tidal forces will tear it into small fragments.

A few thousand years after the inevitable destruction, the particles of Phobos will form a rarefied ring system around the planet.

Both images were taken by the NASA MRO spacecraft on March 23, 2008.