(ORDO NEWS) — A published study from Lund University, Sweden (not yet peer-reviewed) shows that mRNA from Pfizer’s COVID-19 vaccine BNT162b2 can enter the nucleus of human liver cells in vitro and convert spike protein messenger RNA into DNA – “as little as 6 hours” after exposure.

This process is known as “intracellular reverse transcription” and, according to the researchers, should not occur inside a human cell after exposure to the vaccine’s mRNA.

The main concern of the authors of the study is the possibility of “genotoxicity”:

“BNT162b2 can be reverse transcribed into DNA in the Huh7 liver cell line, and this may raise concerns that BNT162b2-derived DNA could integrate into the host genome and compromise genomic DNA integrity, potentially mediating genotoxic side effects.”

Many “anti-vaccination” theories claim that mRNA vaccines (Pfizer, Moderna) are able to change the DNA inside the human cell. However, this particular study states: “At this stage, we do not know whether DNA reverse transcribed from BNT162b2 integrates into the cell’s genome.”

“Further studies are needed to demonstrate the effect of BNT162b2 on genome integrity, including whole genome sequencing of cells exposed to BNT162b2 as well as tissues from people vaccinated with BNT162b2,” the authors note.

Interestingly, the study showed that “SARS-CoV-2 (COVID-19) RNA can undergo reverse transcription and integrate into the genome of human cells.” This, according to the authors of the study, may indicate that mRNA-based vaccines are capable of the same effect.

As a result, the authors of the study recommended that further “placental transfer” studies be conducted to obtain data on the impact of mRNA vaccination on the fetus in utero. The authors noted that “it is important to further explore the effects of BNT162b2 on other cell and tissue types both in vitro and in vivo.”

In addition, according to the study, transient (temporary) liver damage and inflammation can occur with mRNA vaccination. However, in most cases studied, these hepatic effects are restored after a few days.

In conclusion, they state:

“Our study is the first in vitro study of the effect of the COVID-19 BNT162b2 mRNA vaccine on a human liver cell line. We present evidence for the rapid entry of BNT162b2 into cells and subsequent intracellular reverse transcription of BNT162b2 mRNA into DNA.”

The next batch of Pfizer documents, which it planned to keep secret until 2097, is scheduled to be released on April 1st. So perhaps in the coming months we will learn more about the effect of reverse transcription in the human genome. 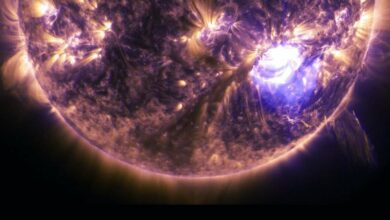