(ORDO NEWS) — The Perseverance rover landed on the surface of the Red Planet in February 2021. One of the rover’s important onboard instruments is a meteorological station known as the Mars Environmental Dynamics Analyzer (MEDA).

Rocks blown into the air on the Red Planet by powerful gusts of wind recently damaged one of these wind sensors, but the MEDA instrument continues to track wind parameters in the vicinity of the rover’s landing site inside the Jezero crater, although the detector’s sensitivity has noticeably decreased, said José Antonio Rodriguez Manfredi, head of the scientific team of the MEDA instrument.

“At present, the detector’s capabilities have been drastically reduced, but it still allows you to record data on wind speed and direction,” said Manfredi. “The entire instrument team is reconfiguring the data search procedure to achieve maximum accuracy using just one, undamaged detector.”

These two wind sensors, about the size of a school ruler, are each surrounded by six individual sensors that are needed to obtain accurate measurements of winds blowing from different directions, according to materials provided by NASA‘s Jet Propulsion Laboratory.

Each of these two main wind sensors is mounted on a deployable mast that allows the sensors to be separated from the rover, which causes unwanted air vibrations that distort the readings of the sensors.

Like all of the rover’s on-board instruments, this wind sensor was designed with a margin of safety and ancillary elements to back up the functions of the main equipment in case of a possible malfunction, but in such a scenario, in which powerful gusts of Martian wind blow large enough stones into the air of the Red Planet’s rarefied atmosphere to damage the wind sensor, the mission engineers did not foresee. 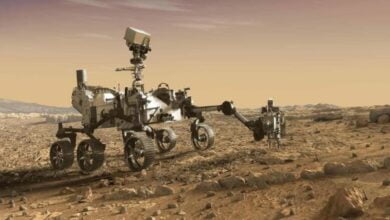 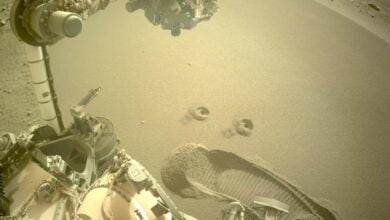 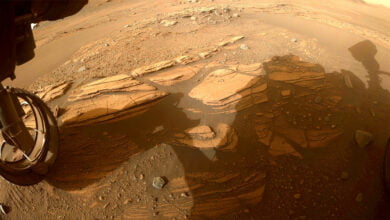 Mars, Perseverance, Sol 428 To take or not to take samples today