(ORDO NEWS) — The Perseverance rover took a couple of pictures of the starry sky using a camera included in the MEDA meteorological system. The photos show the stars and the Mars satellite Phobos, NASA reported on Twitter.

One of the scientific instruments of the new Mars rover “Perseverance” is the meteorological system MEDA (Mars Environmental Dynamics Analyzer), it consists of several sensors and a control unit, the total weight of the equipment is 5.5 kilograms.

The sensors provide information on the strength and direction of the wind, temperature, relative humidity and air pressure, as well as the number and average size of dust particles in the Martian atmosphere and the temperature of the planet’s surface. It is expected that the long-term operation of the system will allow scientists to learn how to predict the weather on the Red Planet, which is important for the work of future astronauts. 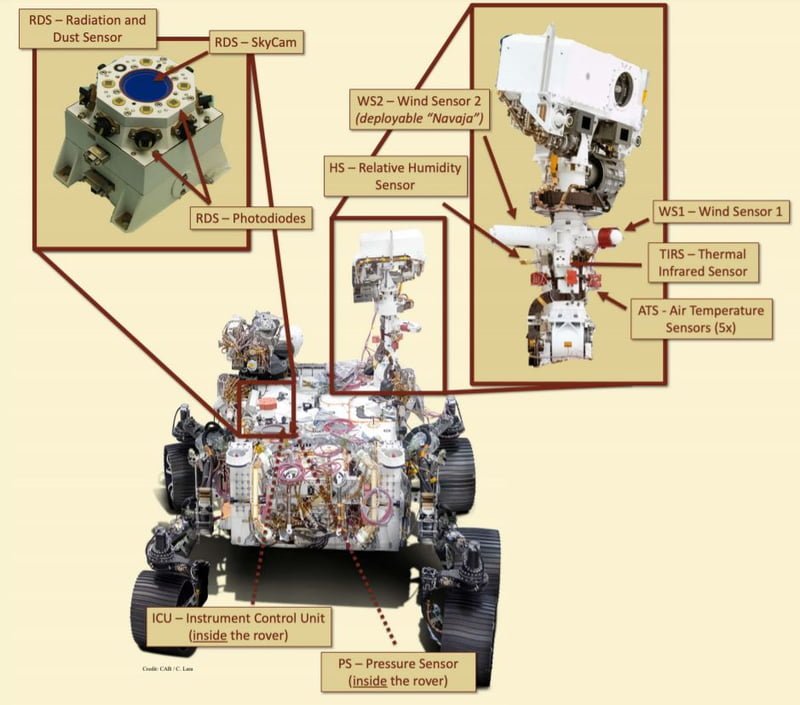 MEDA also includes the SkyCam, which is a modified version of the Hazcam with a 124-degree field of view. Its main task is to obtain images of clouds moving across the Martian sky, as well as to determine the optical thickness of aerosols in the atmosphere.

However, the camera is also capable of observing the night sky, as scientists were convinced on May 4, 2021, having received a couple of images from 01:10 to 01:13 local time on Mars. In the pictures, in addition to stars, there are tracks of heavy charged particles, and the bright spot on the right side of the frames is most likely the satellite of Mars Phobos.

Earlier we talked about how the Martian dawn was turned into music and how the Curiosity rover saw eclipses of the Sun by the satellites of Mars.

Carbon monoxide told about the circulation in the atmosphere of Mars

Carbon monoxide told about the circulation in the atmosphere of Mars