(ORDO NEWS) — On January 13, 1996, the US Air Force shot down a UFO that fell six kilometers from a small town in southeastern Brazil.

Seven days later, two sisters, aged 14 and 16, and their 21-year-old friend spotted a tiny, frightened alien with big red eyes crouching against a wall. They got scared and ran away.

Brazilian police and military captured at least two aliens, one of which scratched an officer, infected and eventually killed him, after which he died along with his extraterrestrial comrades.

The US Air Force confiscated the bodies of the aliens and took them to an unknown destination. For 26 years, the Brazilian military covered up information by threatening to kill eyewitnesses.

Most people who have heard eyewitness accounts a quarter of a century later are convinced they are telling the truth.

The new documentary Moment of Contact (currently streaming on Amazon and Apple TV+) provides the most compelling evidence that aliens not only exist, but have visited and died on Earth.

A college professor and amateur pilot named Carlos de Souza stated that he witnessed the plane crash in Varguinha, Brazil on January 13, 1996. 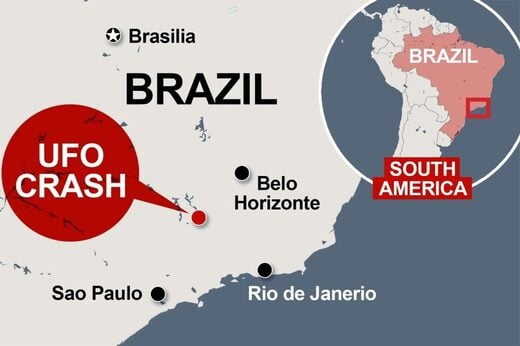 In the film, de Souza describes a spaceship about the size of a school bus but shaped like a submarine with white smoke coming out of a hole in the tail section. He compares the UFO to a malfunctioning washing machine bobbing and twitching in the sky.

When witnesses came into contact with the alien, they said that he looked frightened, it seemed that he was suffering from a heat wave. 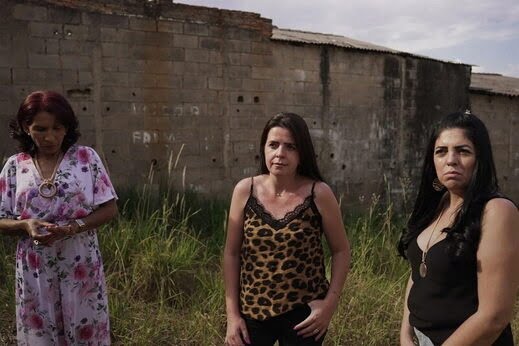 De Souza says he ran to the crash site, where he saw pieces of metal scattered across the field that looked like thin aluminum foil. He said that he picked up a piece of metal, crushed it in his hand, and then released it, after which it returned to its original form.

Immediately after that, according to him, the military appeared, and the soldiers began to shout at him to leave.

“Go away! Go away! I’m ordering you,” they shouted as one of the officers held a rifle to his face.

Seven days later, sisters Liliana and Valkyria Silva and their friend Katia Xavier were walking through an empty lot between two houses when they spotted a creature just eight meters away.

“I was ahead and they were a little further away,” explains Liliana, who was 16 in 1996, in James Fox’s Moment of Contact. 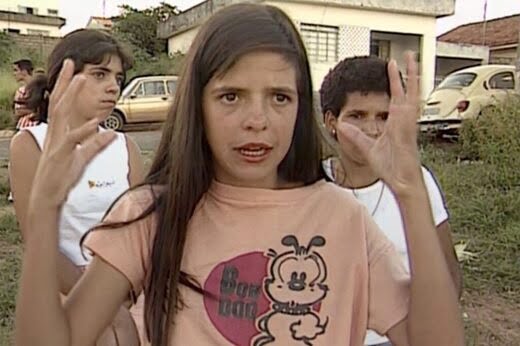 “While passing by, I noticed the graffiti. I looked and saw this creature. It looks like it was suffering from the heat.”

“What I saw stopped me,” says Katya, who was 21 at the time. “It chained me to that place. He had red eyes, oily skin. I couldn’t see an open mouth. Didn’t smile… Sad expression. Compressed back. He had no hair. Eyes three times bigger than ours.”

After a scream, Liliana started to run, and two girls joined her.

“What we saw was neither human nor animal. Now I think it was a creature from another planet,” says Liliana.

“It was not a person, not an animal. What it was, I can’t say,” Valkyrie says. “After running for a while, we stopped and asked what we saw and then ran to our moms.”

“I went out to meet the girls,” their mother, Louise, says in the film. “Because mothers have a sixth sense… They were scared, walked slowly and pulled each other along.”

“We were Catholic children and thought it might be a demon. That’s why we were so scared,” says Liliana. 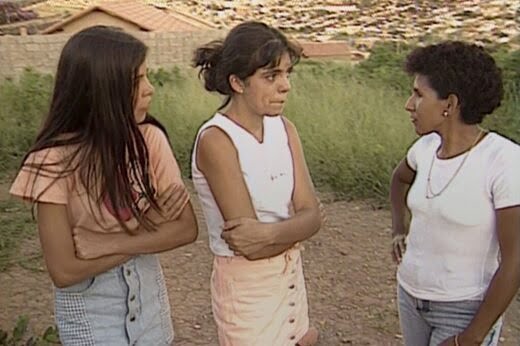 Louise forced the girls to return, and when they returned to their place, their mother saw a footprint in the dirt, which she had drawn for filmmaker Fox. It was a round foot with three long toes.

“For 20 days I could smell it,” Louise said. “I couldn’t stand the smell. I don’t know where it came from. I even washed my nose with alcohol.”

“It was the smell of ammonia,” says Katya.

“No, it wasn’t ammonia,” says the mother. “It smelled worse than sulfur. What a strange smell … I grabbed Katya and said: “Let’s get out of here!”.

They told their story to the press and were met with mostly ridicule at the time. But the girls haven’t changed their testimony in the 25 years between that event and the making of the movie in 2021.

According to the film, six kilometers from the crash site, the military set up a blockade in a residential area.

Sources say the local fire department, under the control of the military police, captured one of the creatures in the morning, and another officer captured the second near the place where three girls saw him later in the afternoon. 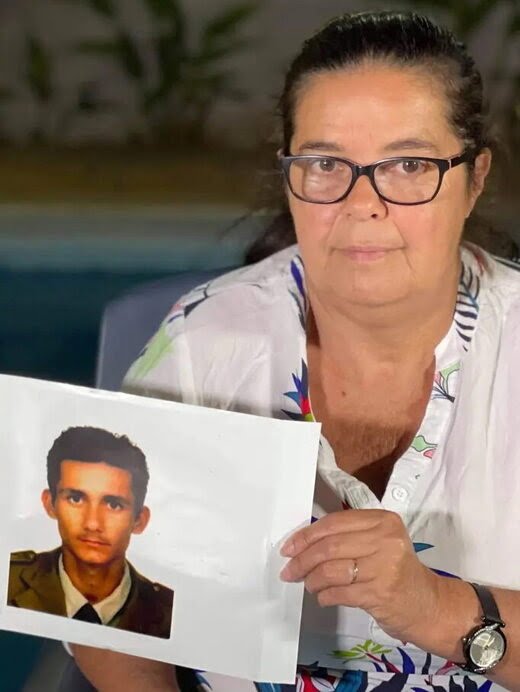 It was then that the creature scratched the young officer Marco Ceres, who soon fell ill and sought help from the hospital, the film says. The doctor who treated him said that Cherese spoke frankly about what happened because he was afraid that he was dying and was fighting for survival.

Two people who were not involved in the film Moment of Contact spoke exclusively to The Post about high-ranking Brazilian officials who told them about their own encounters with beings.

“It was thin, weak and fragile,” said Vitorio Pacacchini, a civilian UFO researcher, who said in 2012 a senior officer showed him a 35-second film clip of the creature.

“He had brown skin with oil or fat on his body. He had a large head with red eyes without pupils. The face was like a reptile, like a frog, with strange red eyes three times ours and three protrusions on the top of the head.”

More than two decades after they allegedly encountered aliens, eyewitnesses drew likenesses of the creatures for the filmmakers of Moment of Contact. 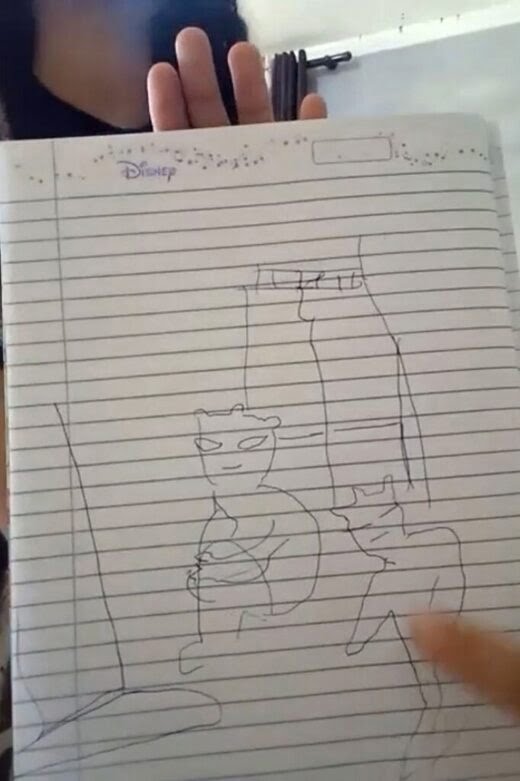 Pacacchini said the creature was alive but looked like it was about to die.

Patricia Fernandes Silva described two creatures that were almost identical to the one described by Pacaccini and the three girls. She says a former Virginia sheriff who found out she was doing UFO research invited her to an office building in 2014, where he and four other officers questioned her for hours.

“All this time they asked me about my attitude towards Varginha, but I never investigated this case. I knew about it, but had nothing to do with it!”

Finally, the senior officer asked the other officers to leave the room. Then he showed her a color photograph taken on film and printed on Kodak paper.

In the photograph, Silva says, there were two creatures, one dead and the other crouched exactly as the three girls described it. “He had three – I won’t say horns – but three high boils on his forehead,” she said.

Vitorio Pacacchini claimed to have seen these creatures. According to him, death threats forced him to move to Italy.

The former sheriff told Silva that his arms had been paralyzed ever since he grabbed the creature’s legs. The man’s hands were twisted, and he awkwardly tried to pull out a photo he kept in a transparent folder, she said.

Unlike Pacaccini and the girls, Silva says the creature’s eyes were black, not red. But otherwise, she described identical creatures.

Patricia Fernandes Silva claimed to have also seen the creatures.

“The mouth was very small,” she said. “The living creature’s skin was shiny, but it was not an oily sheen. It was somehow sticky, as if he had just stepped out of the pool. It was wet, damp skin.”

Pacacchini said he had videotapes of conversations with at least seven military officers about the meeting, which he kept in a safe place. After he accused the military of hiding information, he said hostile drivers collided with his car on the highway on four separate occasions.

For the fourth time, two shots were fired at his car. According to him, over the years he received hundreds of death threats and in 2004 he moved to Italy to hide from persecution.

The film Moment of Contact came at a time of heightened interest in UFOs. In 2017, the mainstream news media covered reports by Navy pilots of UFOs – renamed Unidentified Air Phenomena (UAE)