(ORDO NEWS) — The Pantheon is an astronomical observatory. Its interior is a perfect sphere. On the equinoxes (March 21 and September 23), a circle of light illuminates the cornice at the base of the dome. A special effect appears on April 21, Rome’s “birthday”.

The Pantheon was built in 27 BC. Destroyed by fire, it was rebuilt by Emperor Hadrian in 127 AD. The temple was dedicated to all gods.

This, in fact, is the meaning of the Greek word “Pantheon”. With the end of the empire, it became the church “Santa Maria ai Martiri”.

Michelangelo called the Pantheon a building that has “an angelic, not a human design.” This is a unique example of architecture and engineering art. It is known all over the world for the beauty of its forms. The Pantheon is also an astronomical observatory, a kind of stone “clock”. 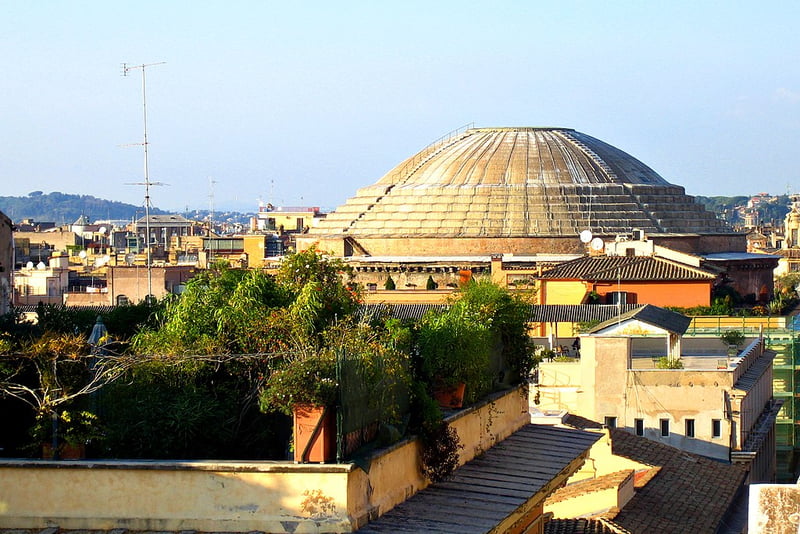 Its interior space is a perfect sphere due to the dimensions of the walls and dome. The oculus at the top of the dome is the only opening for light. Therefore, the environment is in dim light.
The solar disk hits certain parts of the dome in accordance with precise calculations.

On the equinoxes (March 21 and September 23), a circle of light illuminates the cornice at the base of the dome and penetrates through the grate above the portal.

On April 21, the solar disk at noon is located exactly on the arch of the front door. It leads to where the emperor was supposed to enter on the day of the founding of Rome. 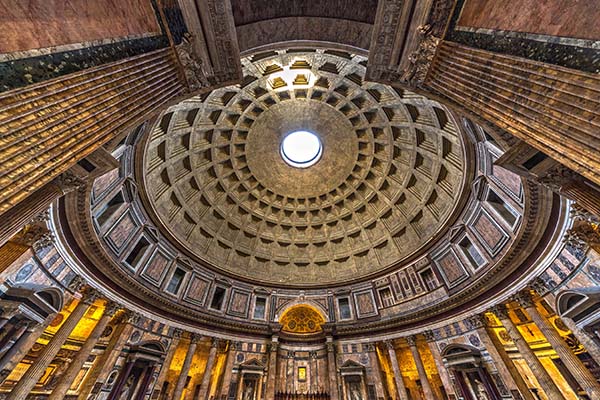 The dome measured not only the movement of the sun, but also the planets and the phases of the moon at night. An astronomical observatory of unparalleled beauty.